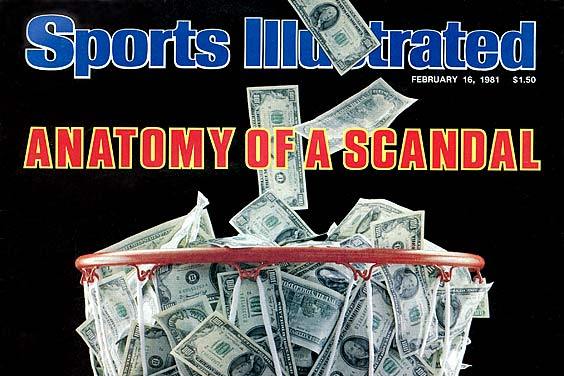 Grade/Ranking – High teens out of 63

Review- I liked Playing For The Mob. I actually liked it quite a bit. With that said, coming up with a grade for this one is somewhat tricky. As I tried to distill where to slot it in terms of a ranking, it dawned on me that a rather large component of my enjoyment of the film came from how much the film piggybacks on top of Goodfellas.  In fact this film is narrated by Ray Liotta which is a very nice touch, and there may be close to 10 minutes of footage from Goodfellas that is shown in Playing For The Mob.

So while I really enjoyed this 30 for 30, it only adds further pity from me to the lost souls who somehow haven’t got around to watching Goodfellas despite all of its acclaim and constant airing on cable television. If you are one of the lost souls, I imagine you’ll still enjoy this and then you’ll feel compelled to watch Goodfellas but I’d suggest… you know… joining the rest of society in watching one of the most classic films in American cinema and then taking in a very strong 30 for 30.

When I read the description of Playing For The Mob, the cynical side of me felt that they were likely namedropping Henry Hill a bit and the film might overstate his involvement in the infamous Boston College point shaving scandal. If the scandal was a big deal and Hill was critically involved, why wouldn’t it be a part of Goodfellas? (keep in mind, this all happened before my time and thus I never read/knew about the SI cover story above). So I went in thinking this would be a good story but I might find myself annoyed at trying to tie in Hill more than they needed to as many of the 30 for 30’s fall into this trap of overstitching together secondary narratives to the primary story.

But my skepticism was misplaced and Playing For The Mob is a great flick and one that adds much more depth, knowledge, and intrigue to the Goodfellas world we all like to lose ourselves in when AMC or HBO trots it out. Basically, if you liked Goodfellas, you’d be a fool not to watch this and actually if you don’t like/haven’t seen Goodfellas you’re kind of a fool to start with #judging.

The film is paced well, which is always a concern for the longer 30 for 30’s. Another positive is that the director got almost 100% participation, which is surprising given the entire film focused on mob activity and point shaving, topics that aren’t necessarily things you’d go out of your way to reminisce about to a national audience.

One thing to nitpick on was that while the players involved with the scandal mostly participated, for the most part they all seemingly were able to present sympathetic narratives as to the circumstances of their involvement (perhaps a condition of their participation with the film) despite their being a lot of signs they were more complicit in the scheme than they were letting on. We never really hear them challenged or confronted with other accounts disputing their explanations. Additionally after reading more about the scandal, I realized one of the four players who was eventually tied to the scandal wasn’t mentioned at all during the film. (note: read how the previous sentence led to this interesting article on the media’s reliance on Wikipedia)

That said, we have Ray Liotta narrating, a totally fresh story for many folks, the mob, a totally random pop-in by Mike Mayock, Henry Hill himself, a mob reunion, a bunch of colorful mobsters gleefully over-sharing and exaggerating a clumsily developed scheme,  and ~10 minutes of Goodfellas footage all wrapped in a fast paced and engaging documentary.

All in all, Playing For The Mob is a very good story and it’s told very well (my 2 criteria) which gets this new season of 30 for 30 off on the right foot. It’s definitely worth a watch and may tempt you to rewatch Goodfellas again with a new understanding for many of the characters involved and what ultimately led to their demise.