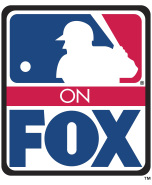 Over Memorial Day weekend, something very curious happened with Fox Sports 1’s telecasts of Angels-Tigers from Detroit.  On several occasions, the main camera lost the ball and it looked like a very amateurish production from a national sports outlet that had covered the sport for years.

After we published our story on the series of events in Detroit, we received an e-mail from a source who has worked with Fox Sports technical operations from its inception in 1994.  According to the source, what happened this weekend on Fox Sports 1 has caused many waves amongst behind the scenes staffers working sports telecasts.

The truth of the matter is that while we and most other followers of sports media focus on the talent in front of the camera, they are just a very small percentage of the entire team effort it takes to make a sports broadcast work.  For every person facing the red light, there are dozens working in the truck, the studio, and the stadium that make it all possible.  Directors, producers, chyron operators, cameramen, technical directors, sound operators, and the list continues to go on and on.  For game broadcasts, many of these crews travel from site to site to form the core members of the production staff.

Here’s the e-mail we received on Sunday:

I saw the handwriting on the wall in 2012 and 2013. When FOX decided to go the route of FOX Sports 1 with some of their Saturday games they did so in order to cut the budget and traveling core crew which was started some 4 or 5 years ago. While they got by they still needed to travel certain positions including mine.

If it wasn’t for the experienced technicians that have worked nights, weekends and holidays your television and the events they bring into your living room everyday would not be what they have been over the years. FOX just doesn’t care and it shows from the article you wrote. This is not sour grapes, I have enough work, but this is their mantra and what they expect the viewer to accept. I’m glad you wrote the article and that you saw first hand what FOX has done to television. No one should have to look at the back of a pitcher’s head because FOX visiting shows only allowed you to have 2 or 3 cameras to save a buck. They make millions on these shows, but the viewer is the one who suffers. There is just something wrong with that.

Even if this was an isolated incident in Detroit, it’s still unacceptable for a national network to put something on the air less than the highest standard.  The bigger story at hand is what happens if this becomes a trend in sports broadcasting.  With sports rights increasing all over the place at exponential rates it’s getting more and more expensive to televise live sports.  The source went on to elaborate and say that what happened on Saturday was the result of years of trying to reduce the budget attached to the technical side of Fox’s MLB coverage:

Since the budget restraints were put into place FOX Sports (the Network) elected to stop traveling below the line crew. So everything from Tech Directors, to EVS Operators, Audio and Cameras were gone. The director fought to keep the Technical Directors because we were the ones who knew the set up and they knew they could not rely on local crews in some parts of the country. So the Technical Directors jobs were saved and they only traveled personnel when they absolutely had to.

Because of the way FS1 operates regionally, and the budget in which they are required to work in specific markets it’s quite obvious FOX Sports is continuing on what they started nationally and doing the games for as cheap as possible.

I understand wanting to save money and that MLB rights are expensive. But to let your production suffer just shows you how they just don’t care. When FOX Sports Net started doing Dual Feeds, the visiting FOX show shared resources with the home broadcast and FOX cut Cameras and EVS Operators to save a few bucks where the viewer suffered only providing the Visiting Broadcast 2 manned cameras of their own to tell stories the announcers wished to speak of. It’s an impossible task to do properly and it tied the hands of many producers and directors who had no choice but to accept it or lose their jobs. While they adapted and they use different camera locations you really don’t get the full story when FOX is doing a dual. FOX Sports bet that the viewer wouldn’t care and won’t notice but people do and there are people who have lost their jobs because they want to save a few thousand dollars a show which add up for them, but at what cost to the viewer.

One of my colleagues went on the say that this sort of thing happened all basketball season with FS1. You never knew who you were working with and to do a network show at a regional rate wasn’t worth it.

This beckons the question: why do the regional FS1 games have more equipment (cameras and such) available to them over the regular season than FOX Network shows. This is because FOX Sports wants to do them as cheap as possible not giving the viewing public the same product they see each day from their local FS1.

Fox cutting corners for their national MLB broadcasts on Fox Sports 1 is a very discouraging sign for the network because if it’s not careful, it will very easily earn a reputation as being a second-rate outlet both behind the scenes and with the greater public.  One wayward camera operator may not be the harbinger of the network’s downfall, but it’s clearly something that experienced behind the scenes staffers are taking quite seriously.