Are you ready for some football?

Am I allowed to still say that?

The NFL season begins tonight with Ravens-Broncos and to get you prepared here is the entire Week 1 Announcing Schedule.  We'll also have an NFL-related podcast coming up later today so we've got all our bases covered for the season to begin.  I probably should have used a football analogy instead of a baseball analogy there.  Hmm… We'll have all of our lawsuits settled and negative stories stamped out so there's nothing to distract us from the football games this weekend.  Is that better? 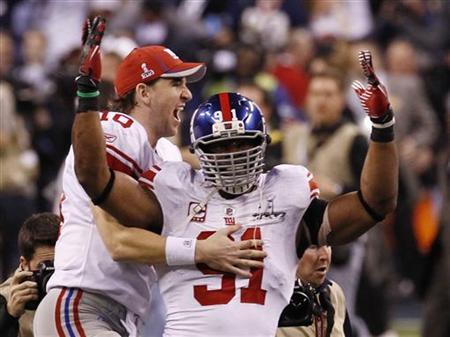 Yes, yes it's finally here.  No, not baketball training camps, or hockey work stoppages.  Not the home stretch in baseball or the golf "playoffs."  It's that smell in the air.  A kind of smelly smell.  A smell that smells like the National Football League.  Fantasy lineups are set.  Your gameday jersey is getting broken in, you're ready for kickoff!  The only thing you're missing is finding out who's announcing your game, and praying you're not stuck with Dick Stockton!  Sorry Falcons and Chiefs fans.  Don't forget the fun starts Wednesday with NBC's coverage of Cowboys/Giants and ends with… gulp… Chris Berman on the call of Chargers/Raaaaaiiiiidddeeerrrrsssss.  Full schedule after the jump…