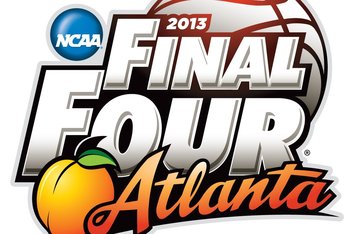 CBS and Turner revealed their announcing lineup for this year's NCAA Tournament today.  The unveiling of the March Madness announcing lineups is always one of the most interesting of the year because the announcers and broadcasters play a more pivotal role in the NCAA Tournament than perhaps any other sporting event.  From the long hours in the studio jumping back and forth between games to the memorable calls of the tournament, and even which announcers get the plum assignments, there's plenty of talking points behind the mics.

This year's lineup isn't all that different from what we saw in 2012.  In fact, the only change as far as the 8 broadcast booths go is new CBS acquisition Doug Gottlieb replacing Bob Wenzel, which is certainly an upgrade.  There are no changes to the teams that will announce a second weekend of games as well (with Kevin Harlan, Reggie Miller, and Len Elmore just pipping Ian Eagle and Jim Spanarkel) and no changes to the studio, except once again, the addition of Gottlieb once we reach the Sweet 16.  Here's all the details from the First Four to the Final Four…

*It wasn't announced by Turner and CBS, but I'd imagine the studio for the Final Four will be hosted by Greg Gumbel with Charles Barkley and Kenny Smith joined by some combination of Doug Gottlieb, Greg Anthony, and Seth Davis.

*On the sidelines, CBS Sports Network Lead Off co-host Allie LaForce will make her debut during the tournament, which will provide some decent publicity for their late night show.  (Did you know CBS Sports Network had a late night show?  Well, you do now.)  It'll be interesting to see just how much, if at all, CBS tries to push their cable sports network as they're locked out of any game coverage with the CBS-Turner alliance.  Also, Turner's new acquisition Rachel Nichols will see two weekends of action with Bill Raftery and Verne Lundquist.

*Jim Nantz returns to announce his 23rd Final Four, which is just an insane number for someone that's never been thought of as a college basketball guy.  He swoops in after the NFL season and CBS's west coast PGA swing to do one or two regular season games, the Big Ten Tournament, March Madness, and then he's off to Augusta.  It's remarkable.  Given Nantz's relatively young age (53), and the fact that CBS will have him calling their biggest sporting events until they cryogenically freeze his head (yes, CBS is that dependent on Jim Nantz), he could end up calling 40 or 50 or even 300 Final Fours by the time he's done.  And yet you rarely hear Nantz call a college basketball game for the first 90% of the season.  Steve Kerr is back for his 3rd Final Four, and he improves CBS's top team as I enjoy his ability to work with Clark Kellogg (on his 5th Final Four) and vice versa.

*As far as the rest of the broadcast teams go, there are no surprises, but let's hope Reggie Miller and Len Elmore get along a little better than they did last year.

*Marv Albert and Kerr draw the first of the First Four games in Dayton while the second group is yet to be announced.  CBS and Turner have rotated these assignments in the past several years.  With Dayton also hosting 1st and 2nd Round games, whoever draws that assignment will also likely be in Dayton Wednesday night.  At least that would give those broadcasters plenty of time to check out the Air Force Museum at Wright-Patt.

*Entering Year 3 of the CBS-Turner alliance it's clear the experiment has been a victory for basketball fans everywhere.  Not only do you get every game available to you in its entirety, but the depth in broadcast quality for March Madness eclipses any other sports property with Turner's NBA personalities combining with CBS's impressive stable of announcers.  With the NBA guys improving last year in their analysis of the college game, I'd expect the strongest tournament yet from the broadcast side.

On a rare day where the English Premier League isn't streaming, NBCSN has a midday-afternoon doubleheader then an NHL game at night

In just over a month of play, the NBA has now seen 22 postponed games.

If this launch goes well, Entercom might expand its sports gambling programming further.

AT&T may wind up not selling off all of DirecTV, but rather only a minority stake.

Yet another part of NBC Sports Gold is moving to Peacock.

The Clydesdales don't seem like they'll be making an appearance this year.

On a rare day where the English Premier League isn't streaming, NBCSN has a midday-afternoon doubleheader then an NHL game at night

In just over a month of play, the NBA has now seen 22 postponed games.

If this launch goes well, Entercom might expand its sports gambling programming further.

AT&T may wind up not selling off all of DirecTV, but rather only a minority stake.

Yet another part of NBC Sports Gold is moving to Peacock.

The Clydesdales don't seem like they'll be making an appearance this year.