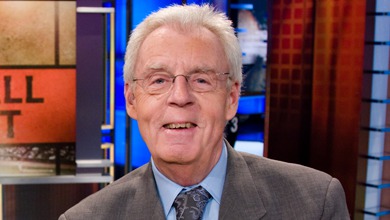 I want to preface this article by saying that I have an immense amount of respect for everything that Peter Gammons has done for the game of baseball throughout his career as a journalist. He's a pioneer and a legend in the industry, and I think that his new venture, Gammons Daily, has potential to be a must-read.

The Indiegogo launched last Tuesday, the day before the launch of Gammons Daily. They're looking for $25,000, and with three weeks left in the campaign, haven't even reached 20% of their goal. 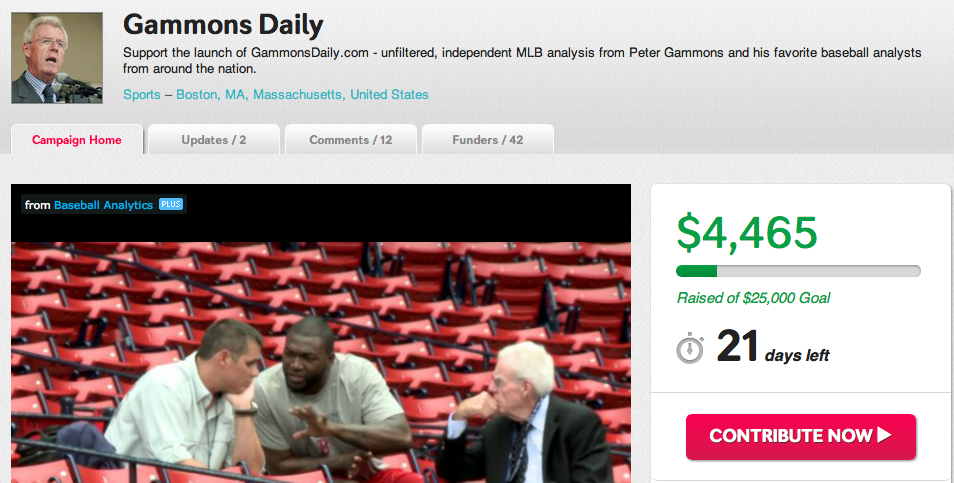 That's not a dealbreaker by any means. A lot of these fundraising campaigns have a huge influx of donations near the end of the campaign. However, the description of why the site needs funds is vague at best.

"To support the ongoing development of Gammons Daily I'm hoping to raise $25,000. This money will allow me to gain access to significant assets that are critical to the launch of a baseball media site. These costs include site development, data, talent acquisition, marketing and branding."

If it's the former, I can understand that mindset. Gammons is an icon in the sportswriting industry, and if an infusion of cash helps him bring in more talented writers, I'm all for it. If it's the latter, the current content on the site has done nothing to inspire me to donate. There are numerous articles that are simply curated from partner sites (specifically, Baseball Analytics and the Newberg Report). The articles from Gammons are not exactly in-depth and analytical, with a daily "coffee and clippings" column featuring snippets of columns from around the Internet and links to those columns. There is a "sources say" category featuring one paragraph articles. Of the longer articles Gammons has written for the site thusfar, there's a definite Red Sox slant to most of them.

There is so much fantastic and established baseball writing online that donating to an unestablished venture for nebulous reasons just doesn't seem very prudent. Launching an Indiegogo at the same time you launch the site raises some serious questions. Does the venture not have enough support? Why does someone as respected as Peter Gammons need to raise money from the outside? Is the site's viability in question before it even begins?

I really hope the site starts producing some top-notch, exclusive content soon. At this moment though, the material that's been produced on the site so far has done nothing to make me want to contribute.