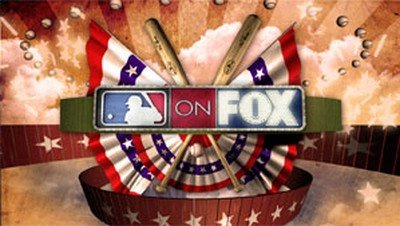 This year's ratings for MLB on Fox have been disappointing, to say the least. Eight of the eleven broadcasts this year are down from 2012, A hot postseason from the NHL has seen MLB lose in total viewership for five straight weeks head to head with hockey. So, what's the deal?

First, I want to rule out the usual excuses chirped about by people of "the announcing is so awful!" and "baseball is soooooo boring!". It's not as if baseball has suddenly turned into the world chess championships, and Joe Buck and Tim McCarver aren't the new kids on the block that people are just realizing are bad commentators. While people love to cite those above reasons, neither is really valid at the end of the day.

The schedule, quite frankly, has been awful. Four of the weeks this season have prominently featured the Angels, who stink. The Yankees have been primarily involved in three games, and while they're still the Yankees, they lack the star power they've had in previous years and local ratings on YES are in the can. The Tigers have also been the featured attraction in three games, and while they're a great team, they don't move the ratings needle too much.

Fox doesn't seem to know what the issues are either. Senior VP Mike Mulvihill reportedly said their schedule for the season was backloaded, which seems a bit odd to say considering the marquee matchups the network has put forth already this year. Over the next three weekends leading into the MLB All-Star Game (also on Fox, and primed for another ratings disaster), the top matchups include Yankees-Orioles, Reds-Rangers, Braves-Phillies, Dodgers-Giants, Cardinals-Cubs, and Rangers-Tigers. The only one of those that looks like it would really pique the interest of the casual fan is the traditional Dodgers-Giants rivalry, but with Los Angeles languishing in last place in the NL West, I'm not sure that it's going to go too well for Fox.

And right now, that's where we are. After being a smash hit last season, the primetime telecasts have been a disappointment this season. These next three weekends are big for MLB, because they're the only game in town now with the NBA Finals and Stanley Cup Finals both wrapped up. If the ratings continue to disappoint, perhaps the move to Fox Sports 1 will come as a relief to Fox executives going forward. With the NASCAR on Fox season completed and just one UFC show on the Fox broadcast channel this summer, all of Fox Sports' eggs are in the MLB basket until the NFL comes back. If the ratings continue to slag, Fox's renewal of their MLB deal could look like a sunk cost heading into the transition to Fox Sports 1.