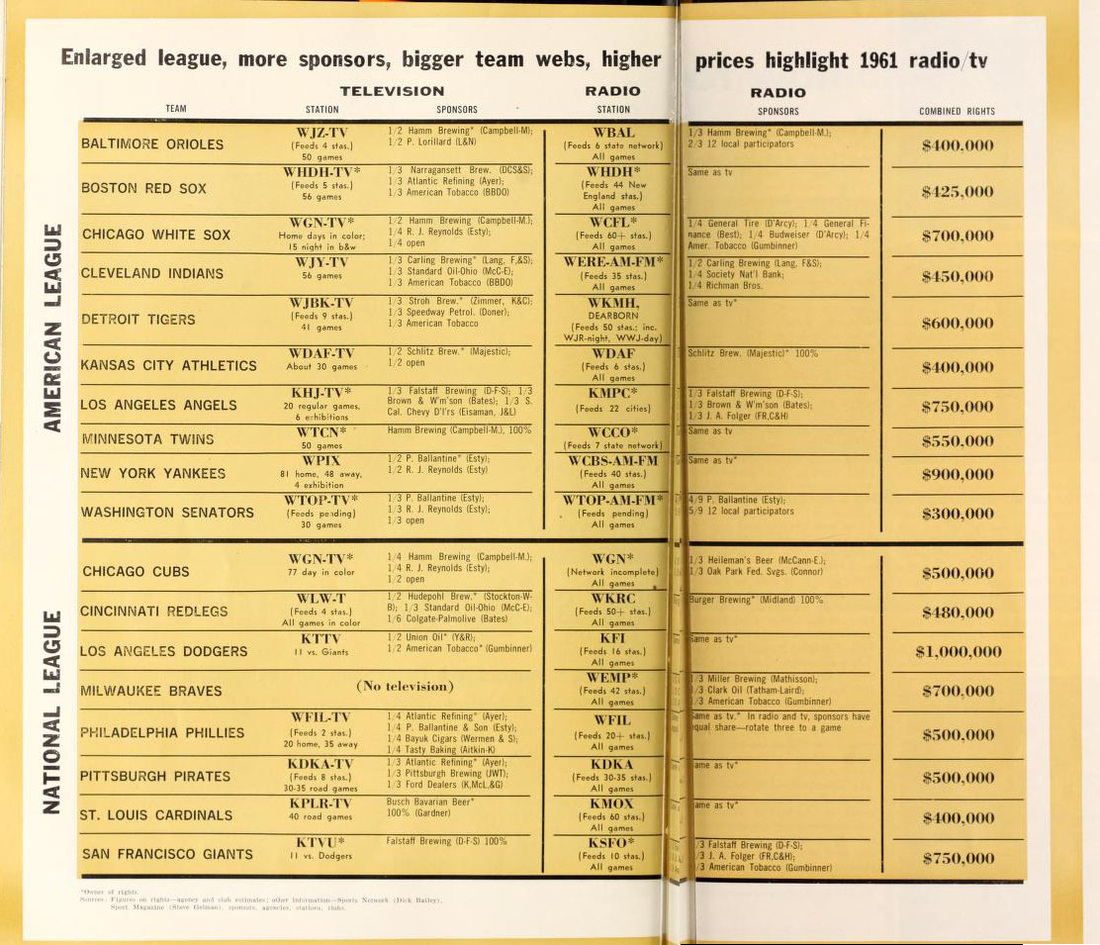 Over at Baseball Nation, Larry Granillo has unearthed this fascinating document from Sponsor magazine, detailing how much each MLB team made from their television and radio broadcast advertising rights in 1961, prior to the introduction of the expansion Mets and Colt 45s (later the Astros) in 1962.

It's also worth noting that in 1961, the Milwaukee Braves were just a handful of seasons away from moving to Atlanta, the Washington Senators were a decade away from moving to Arlington and becoming the Rangers, and the Kansas City Athletics would move to Oakland at the end of the decade, while the Minnesota Twins were in their first year of existence after moving to the Twin Cities from Washington.

Isn't that wild? The Dodgers were the kings of the mountain at $1 million. Their new deal will pay them a mind-blowing (at last glance) $340 million per season, and that's just for television. Sure, that $1 million was worth roughly $7.5 million in 1961 dollars, but every MLB team makes at least twice that solely on TV rights in 2013. In 1961, that was the price for the TV *and* radio advertising rights for the most expensive deal in the league.

And what about the low man on the totem pole, the Washington Senators and their $300,000 rights cost? Well, that's equal to about $2.2 million in today's money. or less than what Washington's current baseball team (the Nationals) is paying 14 of their players this season. To say that times have changed is probably a vast understatement.

Larry's whole piece over at Baseball Nation is worth a read, so definitely give it a view.