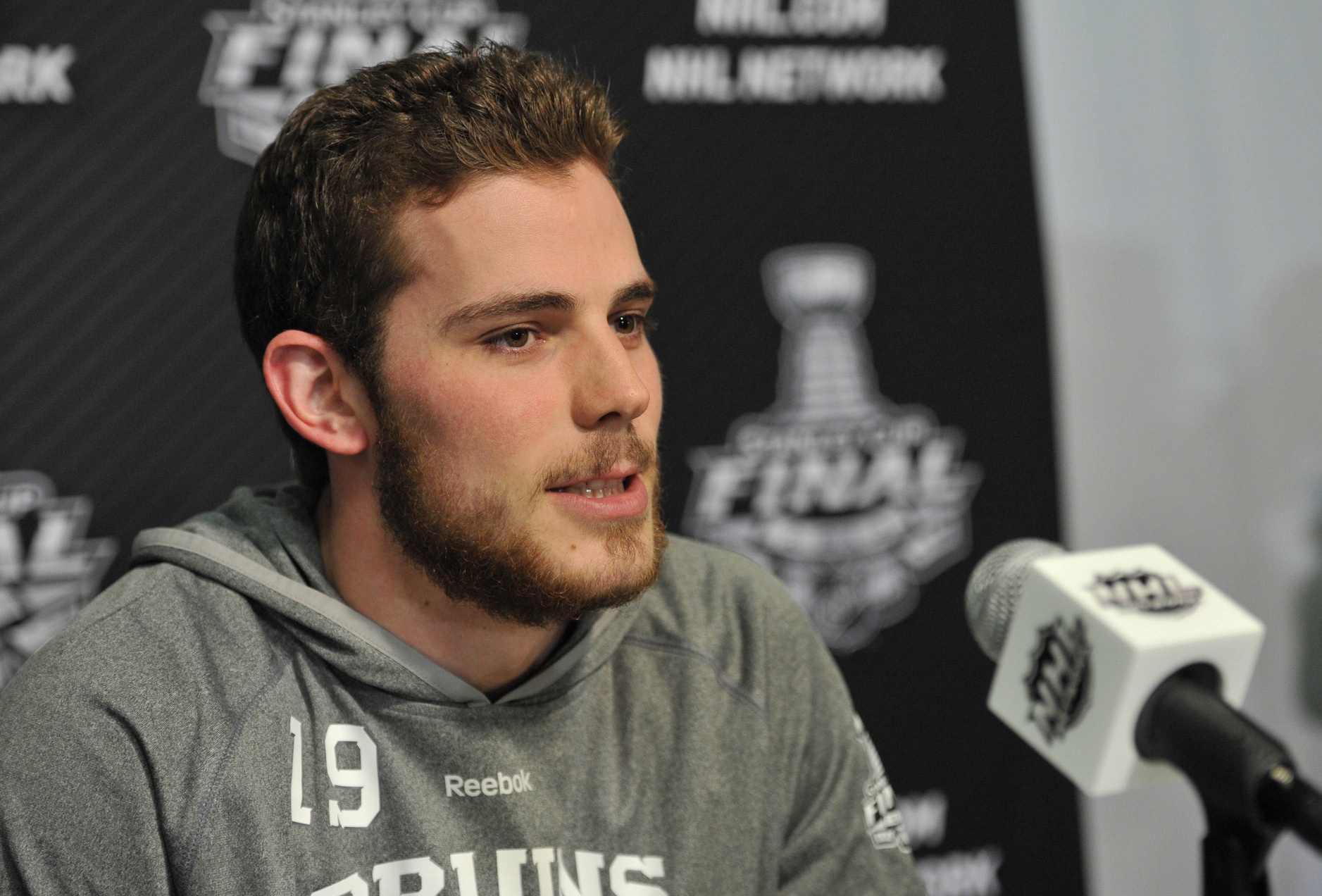 Tyler Seguin was traded from the Boston Bruins to the Dallas Stars in a July 4th blockbuster. The deal, one which many believe was made because Boston was fed up with Seguin's partying and lack of commitment, was supposed to give the 21-year-old a fresh start and an opportunity to leave his critics behind.

So much for that.

Not even a week into his time with the Dallas Stars, Seguin has already made a bad impression. The forward's Twitter account sent out the message you see below:

Thanks to Puck Daddy for the image of the now deleted message. Not the most appropriate or the most coherent message for an athlete to send out.

As you might expect, Seguin went on to claim that he was "hacked" and he was not responsible for the message. Shocking. Take a moment to collect yourselves. Seguin sent out this message before deactivating his account:

After repeated attempts by "hackers" to try to damage my reputation I have decided to shut down my twitter account for a while.

Are we to believe that there are people whose life's work is to ruin Tyler Seguin's reputation through his Twitter account? Is he too lazy to just change his password? Why does he put hackers in quotation marks? So many questions, so few answers. Meanwhile, the Dallas Stars weren't too pleased with their new asset's Tweet. The Stars sent out this message in regards to the incident:

"In no way, shape or form does the Dallas Stars organization condone or agree with the message that was sent out through Tyler Seguin’s Twitter feed last night. We’ve addressed the issue directly with Tyler and we’ll continue to work on educating our players regarding the importance of their conduct on all forms of social media."

Chalk this up as yet another instance where an athlete sends out a moronic Tweet and then attempts to avoid the backlash by claiming they were hacked. Is it possible Seguin really was hacked? Maybe, but it's doubtful the "hacker" would have sent out just one Tweet and a quote from Full Metal Jacket at that.

More realistically, either one of Seguin's friends or Seguin himself sent the Tweet. We are talking about a player who threw a massive July 4th / Trade celebration and a player who reportedly had to be guarded during the Stanley Cup playoffs so that he wouldn't leave his room to go party. Would it surprise anyone if the Tweet came from Seguin, the same player who was at the center of another homophobic controversy back in April.

The story here isn't just about Seguin and his demeanor off the ice. It's yet another instance where an athlete or a public figure says something stupid through social media and then claims they were hacked. It has become the expected excuse. Are some instances legitimately caused by some sort of hacking? Sure, but the vast majority are just trying to find a way out of a sticky situation without personally accepting the blame.

No one is buying the "I was hacked" story anymore. Judging by the response from the Dallas Stars, teams aren't buying it either.