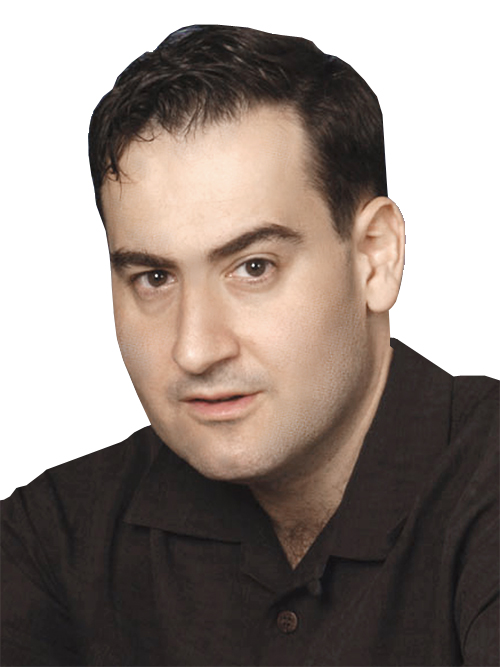 With Darren Rovell's semi-retirement from Twitter Wars, we have longed for a new regular foil to butt heads with grizzled veteran Richard Deitsch.  We finally found one.  That person is Clay Travis of Nashville Radio, Outkick the Coverage, and Fox Sports 1.  The diametric relationship between Travis and Deitsch is perhaps even more extreme than that of Deitsch and Rovell.  Whereas Deitsch and Rovell were battling on an intellectual playing field trying to match wits in a social media chess game, Deitsch and Travis is like watching an ECW Chicago Street Fight.

The two have gone head to head a few times in recent months both on Twitter and in the rare podcast debate.  Seriously, it had debate rules and everything.  These guys aren't kidding around with this stuff.

The strategies for each fighter are well established.  Deitsch hits Travis for trolling fanbases, exploiting women, and being a step below the likes of Skip Bayless and Damon Bruce.  Travis hits back at Deitsch for biases in reporting, the hypocrisy of SI's swimsuit edition, and the menial day to day life of a media critic.  Unlike what we've seen in the past from the likes of Rovell, Doug Gottlieb, and others, Clay Travis is willing to trade haymakers and maybe even land a low blow or a rake of the eyes when the ref isn't looking.

Deitsch v Travis has been calling for that one fight that could reach our lofty standards for the full Twitter War treatment and that finally happened after the SI reporter tweeted ratings figures for Fox College Saturday vs ESPN's College GameDay on Tuesday.  The ratings comparisons aren't pretty for Fox, wtih ESPN beating them by a 32-1 ratio in viewership.  Yes, 32-1.  That set Travis off and the rest has been saved and neatly sorted for your enjoyment.

The #1 ranked fighter in the Ring Magazine Twitter Wars Rankings faces arguably his hungriest challenger to the throne to date.  Deitsch vs Travis.  Travis vs Deitsch.  Get the popcorn ready, let's do this!

There's no doubting Travis' narcissism, but you have to give him some credit for fully embracing that in the theater of the absurd.  This is a man who started all of this by tweeting, "I can't wait to see @richarddeitsch when his SI editors assign him to write a profile on me. Should happen soon. Will be fun." Of course, SI has not profiled Clay Travis (yet?), but all the great heels throughout history have to have a warped sense of reality and delusions of their own grandeur.  So at least he knows his role in this feud.

As for the fight itself, whew, this got nasty.  Stealing pictures, making money off the backs of swimsuit models, PR departments getting involved, this had everything.  Travis' larger points are interesting, when writing about the media world (or anything for that matter) neutrality and objectivity is everything.  That line of attack is immediately going to get under Deitsch's skin.  However, Fox Sports 1 asked for the comparisons to ESPN to be made when they scheduled a college football pregame show to, yes, compete in the same timeslot with ESPN.  To directly challenge GameDay and then say "no, no, no, don't look at our ratings against our competition" is rather silly.  Instead, Fox should begin to shift course and manage expectations.  As we discussed on this site yesterday, Fox Sports 1 is actually doing pretty well against the other 24/7 sports networks not named ESPN or NFL Network.

With the amount of responses, it's apparent that Travis effectively got into Deitsch's head, it's rare to see someone so brutally scientific in his delivery rattle off consecutive tweets like that.  Deitsch's blows are usually as accurate and as decisive as a mechanized drone strike.  Some of that composure was lost here, but he still managed to batter Travis with facts about his own writing, SI's revenue, and more.  That might be decisive enough to win him this round.  As for the best punches landed, Travis was at his best early on with his "boringly predictable" jab while invoking the name of Skip Bayless was a shot straight to the liver from Deitsch.  "Spend your day on SEC fan bases and QB girlfriends" was a crunching blow as well.

You decide who wins this Twitter War, vote in our poll below!