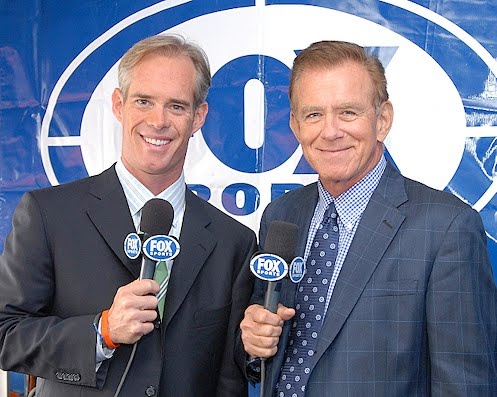 Tim McCarver has been known to go on random tangents during Fox baseball telecasts.  We've seen him opine on climate change, the evils of social networking, hard rock lyrics, and Lord knows how many other completely-unrelated-to-baseball topics.  The late innings in Game 4 of the ALCS doesn't seem like quite the best time to float  into the outer reaches of McCarver Space, but that's exactly what happened last night when the analyst went on a rant about the unwritten rules of golf and comparing them to baseball.

Seriously, this happened.  There was even a prepared graphic, which means that Fox had planned on Tim McCarver talking about golf etiquette during Game 4 of the ALCS.  More specifically, making fun of golf etiquette.  Here's the image via Geoff Shackelford…

What is the point of all of this?  Well, according to PGA.com it stems from a tweet sent by golfer Hunter Mahan showing disgust and fatigue over baseball's out of date, ridiculous, stomach-churning unwritten rules.  You know how the Braves and Cardinals are trying to ruin baseball's postseason by taking all of the joy out of baseball?  That's what Mahan and most sane people are arguing against as one of the many reasons why fans are tuning out baseball.

But why is a telecast of a MLB playoff game concerned with what an above average PGA Tour pro has to say about baseball?  Could you imagine Jim Nantz and Phil Simms taking time during the 4th quarter of the AFC Championship to get in their shots at the NHL?  Isn't this somewhat… petty?

Of course, any sports fan with an appreciation for baseball, golf, and common sense knows there's no comparing an archaic set of "unwritten rules" upheld by people like Brian McCann with actual events that impact competition.  Jump on third base after a triple or stare at a home run? No effect whatsoever on the outcome of the game.  Yell when someone is hitting a golf ball or stomp in their line?  Definitely an effect on the outcome.  Besides, considering the fact there are hundreds of thousands of rules in golf's rule book, the game really doesn't leave anything open to interpretation.  There are even rules about embedded acorns in the putting green for goodness' sake.  In fact, almost everything listed in McCarver's bullet points is actually referenced in Rule 1 of the USGA rule book:

"A player is deemed to have committed a serious breach of Rule 1-2 if the Committee considers that the action taken in breach of this Rule has allowed him or another player to gain a significant advantage or has placed another player, other than his partner, at a significant disadvantage."

The responses to McCarver's golf etiquette rant on Twitter were disbelief, as you would expect:

Tim McCarver explains the unwritten rules of golf, Joe Buck immediately points out that it is written. This has devolved.

Man, I walk out the room, I come back to the game and Tim McCarver's rules of golf are on TV? What happened?

Taking time away from an MLB playoff game for a tangential, fruitless discussion trying to defend baseball's holier-than-thou unwritten rules by taking shots at golf?  Is this a good time to remind everyone Fox takes over golf's US Open coverage in 2015?