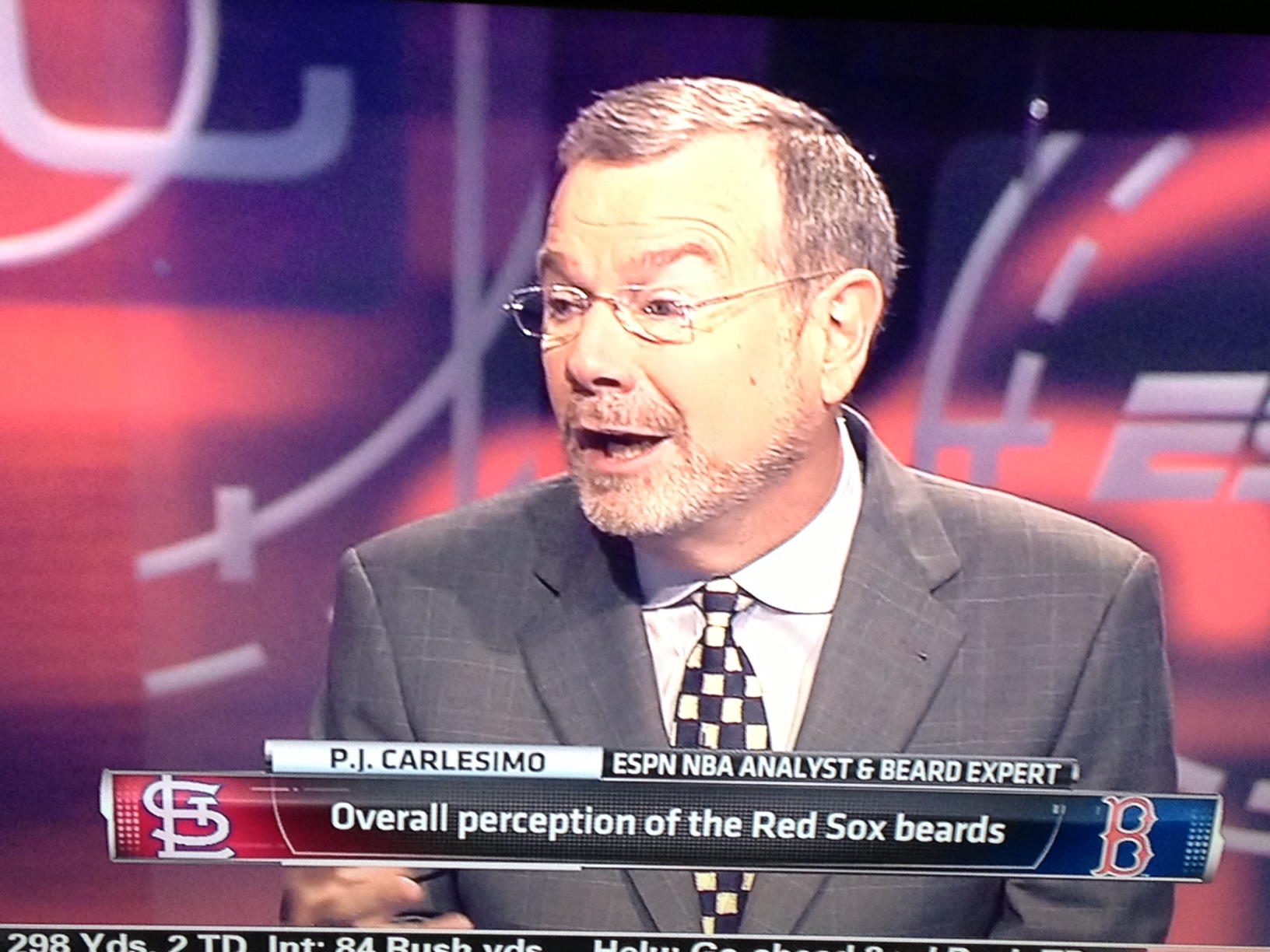 I honestly cannot think of a worse World Series matchup than Cardinals-Red Sox.  Why?  Because of actual conversations like this from this morning's SportsCenter.  Playoff beards have been around for years in the NHL, but suddenly the Red Sox do it and ZOMG this is the greatest thing ever guys!  Just look at all that team unity flowing out of those Red Sox beards like they were made of puppies and unicorns!

The nation will be subjected to two weeks of nonstop tripe about which team is scrappiest and clutchest and grittiest.  Then you have the two fanbases, who will be locked in battle over who really has the best fans in baseball as if it's a title they get to bestow upon themselves for all eternity.  Forget the actual games, the World Series should really be decided over which team REALLY PLAYS THE GAME THE RIGHT WAY in one of these.

Looks like it'll be a great week to do some binge Netflix watching.

P.S. Why in the world would ESPN name P.J. Carlesimo their beard expert and not T.J. Quinn?