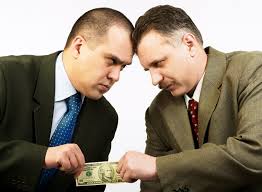 Today I called DirecTV and threatened to leave over their not carrying the Pac 12 Network. It was mostly bullshit.

DirecTV told me their side of the story. It was also mostly bullshit.

I explained my ties to Pac 12 schools. Hell, I even made up a bombshell wife that went to University Of Washington and just YEARNS for all thing Huskies. This was also pretty much all bullshit/wishful thinking.

After this bullshit song and dance, we had a real talk. DTV makes a ton of money off of me a year because I'm a yuppie who likes watching everything. That's why I have DirecTV. Typically they have less bullshit than other providers but that's not really saying much.

DTV likes my money, doesn't like their stock declining, and most of all likes making a point to the industry insiders and onlookers and hence a deal was made to keep me as a customer. If you think the whole charade is a waste of time and energy, I'd laugh and tell you that you're somewhat naive for not doing the same.

The unions and the leagues posture, bullshit, and make a lot of noise and right at the absolute brink of effecting their bottom lines, the real talk happens. Same goes for cable and satellite providers and upstart sports channels. Really if you think about it, negotiations across the board spanning politics, sports, work contracts, and so on have become far less genuine and constructive and have devolved into unproductive pissing matches between two sides that think the added leverage needed to tilt negotiations in their favor is just one PR maneuver away.

This brings me back to DirecTV and their squabble with the Pac 12 Network. For the first time in maybe ever, DTV is losing subscribers and Wall Street isn't fond of that. Enter the Pac 12 who after a year getting the cold shoulder from DTV, felt compelled to launch an ad campaign telling Pac 12 fans to switch providers.

DTV will tell you it's the Pac 12 Network's fault for trying to ripoff their customers and not having an a la carte option for the channel. DirecTV operates the Root Sports affiliates that carry sporting events in Seattle and Pittsburgh and don't seem to embrace the a la carte concept when it applies to them.

The Pac 12 Network will scream bloody murder that other providers entered into deals and this is just the market rate for the channel, and DTV is just being unreasonable.

Most industry experts will tell you that is has to do with a number and both sides are apart on that number. Here is the nonsense though:

It's none of the above.

Pac 12 Network or Networks (they are 7 of them for some reason as conceptualized by commissioner Larry Scott who I'll give the benefit of the doubt to because he uses a standing desk) is getting the cold shoulder because DTV is punishing them for what they think is the breaking of an unwritten industry rule. What is it you ask?

Pac 12 Network/armada of networks, had the audacity to cut a deal with Dish ahead of DirecTV last year. Where do they get off trying to get distribution for their upstart channel while DTV sat on their hands and haggled over literally a handful of pennies a month on pricing?

Dish is the cheaper alternative to DTV. They're not really compelled to carry channels and in particular expensive sports channels unless the competition does so. Essentially they're almost always "the last one into the boat."

The approach has advantages. Your content costs are lower although you risk losing customers who may switch providers because you're always "following" your competitors in distribution deals.

Somewhere along the way Dish decided that there was an opportunity to gain some customers by proactively cutting a deal as DTV and some others were balking heading into last season.

DTV, who by all accounts was getting close or at least closer to a deal, suddenly no longer had the incentive of gaining subscribers by adding the channel. They were now playing defense. In their eyes, Pac 12 Network allowed Dish to cut the line.

You could say that the sensible thing here to do would be to make a deal or even accept the deal terms Dish negotiated and move on. But in this day and age and this particular industry, that's way too submissive and logical. Instead the rationale goes like this:

– You're not going to get rewarded for snuggling up to Dish instead of bending over for us.

– We don't "accept" Dish's deal as adequate for us. We're bigger than them and more prestigious and we set the market not vice versa.

– Let's see how many of your fans leave. Pac 12 fans are not as passionate as other conferences and I'm not sure we'll really feel that much pain.

– Most importantly, we need to set the precedent for new networks (in particular sports networks) that you just don't pull this shit on us.

– Cutting deals early in negotiations processes rather than taking a unified stance to drag it out only hurts our combined leverage going forward. Look how well sticking together went for cable and sat companies in dealing with FS1.

The various industry experts as well as sources at the Pac 12 network have all essentially confirmed this line of thinking.

To the Pac 12 Network's credit, rather than digging in right away they made a move at the top. Gary Stevenson left as President of the network and Lydia Murphy-Stephans was tabbed as his replacement. I was told Stevenson's departure had nothing to do with DTV and distribution issues but if I was a betting man I'd say he'd still be there if this wasn't an issue.

But the new blood at the top didn't do much. It's still crickets on the DTV front. DTV, hell-bent on sending a message, just won't engage with the Pac 12. You literally can't find a single article or quote saying they're even talking since Dish made their move.

What we basically have here now is two guys fighting at a park when they were sooo sooo close to being friends. The idea, one of them can pound the other one into submission and make a statement to anyone watching. Who's winning? Nobody.

Pac 12 Network(s) is without that huge chunk of distribution to their fans.

And DTV? They're losing customers. And when they are actually keeping them, it's costing them an awful lot. From a recent research report:

"With the Pac-12 Network / DirecTV impasse now entering its second year, DirecTV is working very hard to retain customers, giving away surprisingly large one-year discounts on service, as well as offering up a $200 gift card, free year of Sunday Ticket, free ESPN Gameplan, a free HD GenieGO receiver and sometimes all of the above for their longest-running, highest-end subscribers."

Just how long will this last? Time Warner boycotted the NFL Network up until a year ago as the network was entering their first year airing 13 games instead of 8, ending a 9 year impasse.

Even if a lot of DTV customers bolt, that might not be enough to get them back at the table as they could say, "Well, we've withstood the brunt of this thing so no need to give in now or ever."

I honestly get both sides of these things. These parties are trying to figure out just how to split up my money and like making a lot of noise in the process. What particularly irks me here is that there is no negotiating going on at all. Instead two companies are deploying a lot of resources and effort trying to harm each other because they don't see eye to eye on the unwritten rules of the industry.

Ultimately, the Pac 12 wanted to make as many deals as possible. A big one presented itself with Dish. They pulled the trigger. The idea that everyone has to suffer because DTV doesn't like anyone's sloppy seconds is insane. Almost as insane as having 7 different networks.

In the end, I can't help but think that if both companies had to do it over again, they most certainly would have done things differently. Both companies had the opportunity to blink first and end up in a better place than they are now. Whenever these things move away from carriage fees, channel placement, and duration of a deal and instead become about pride, inflicting pain, and pain tolerance, you have to again question just how bloated the content delivery ecosystem is with politics, egos, and questionable economics.