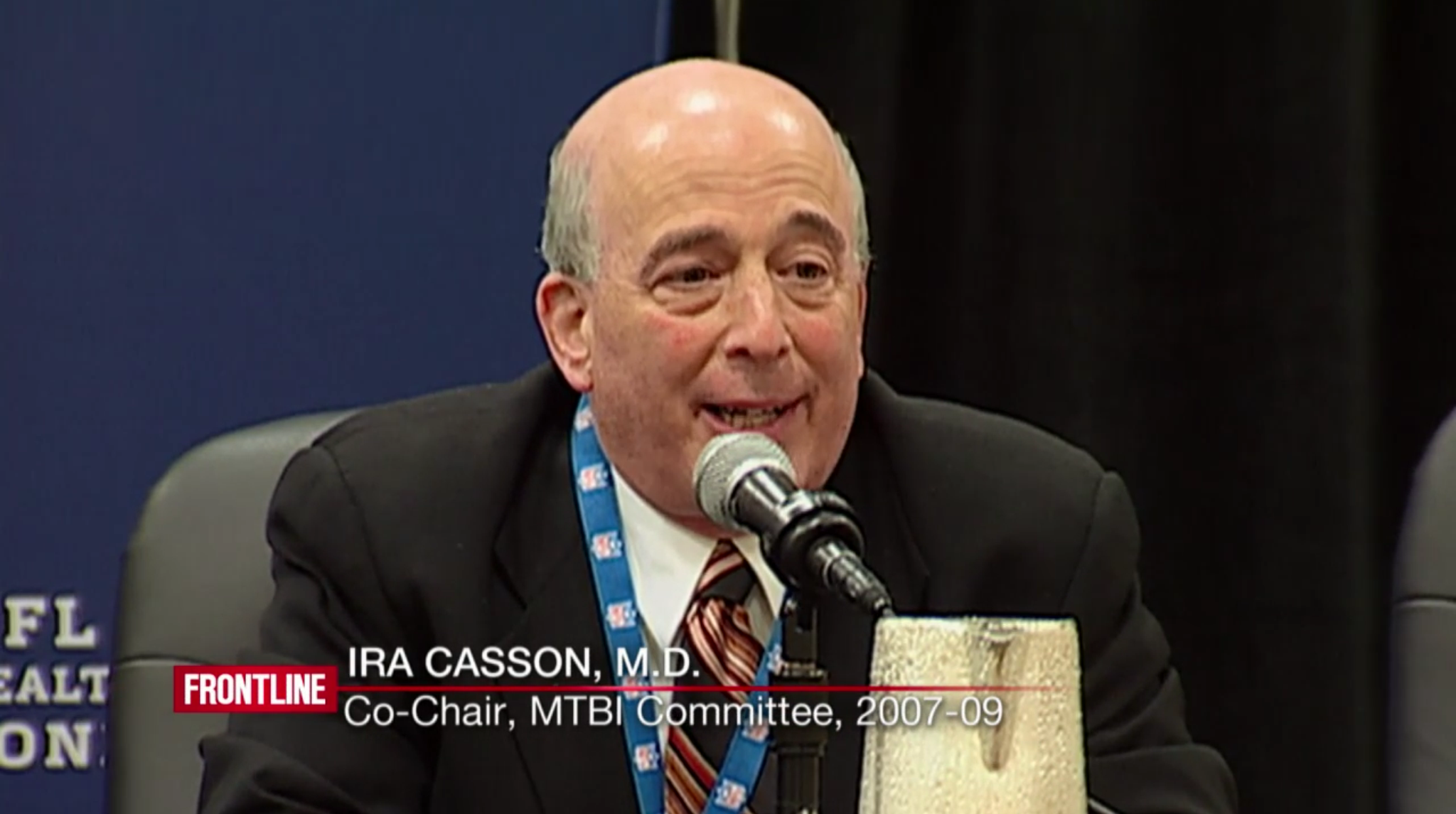 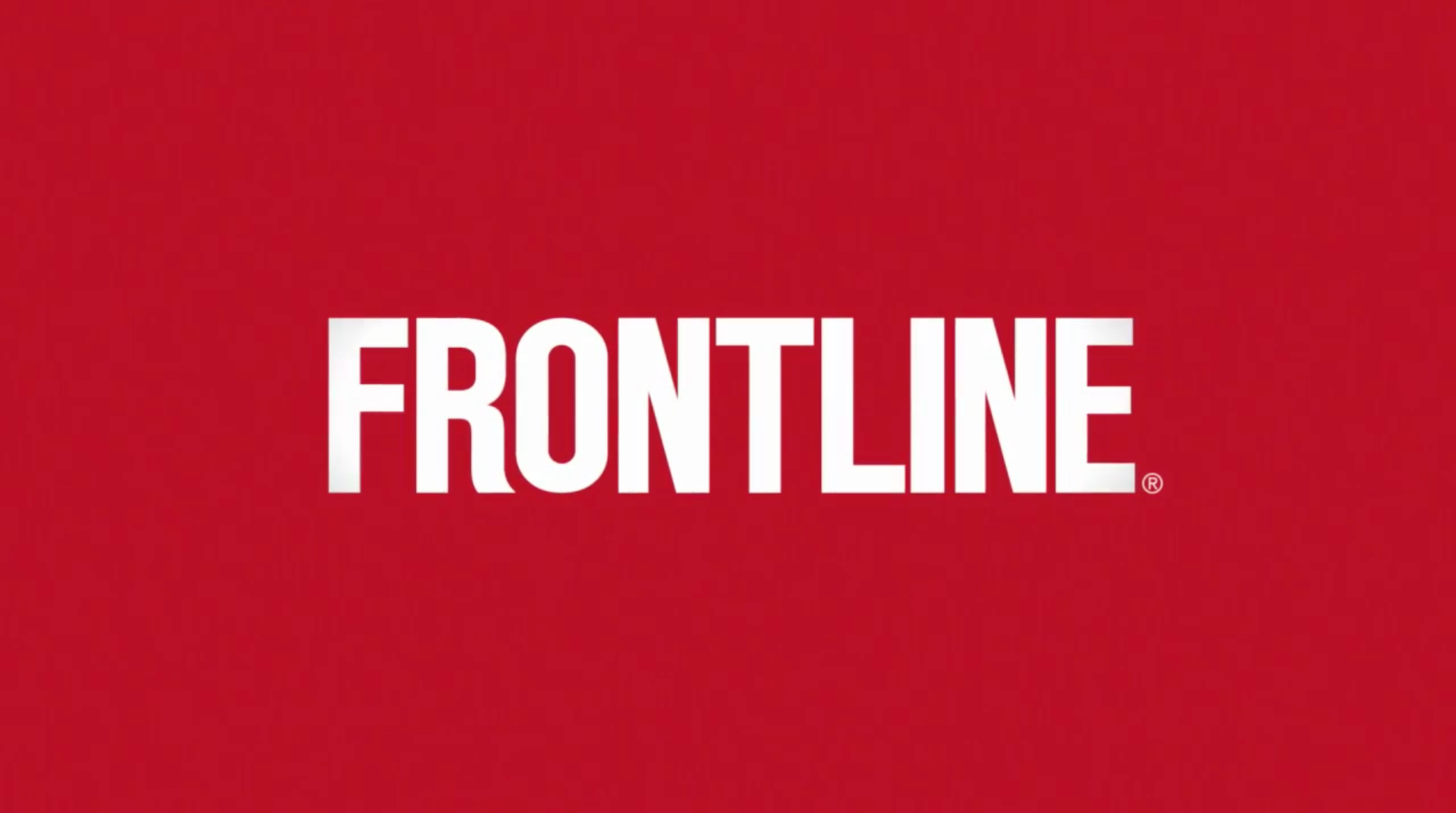 On Tuesday, PBS aired its long awaited Frontline investigative documentary, "League of Denial: The NFL's Concussion Crisis." For two hours, Frontline, through the reporting of ESPN's Mark Fainaru-Wada and Steve Fainaru, laid out the case against the National Football League on its handling of concussions and brain injuries despite knowing the risks. The documentary points the finger squarely at the league offices for burying its head in the sand while marketing football's violence to a sports-hungry public.

And while ESPN ended its cooperation with Frontline on the documentary late in the process, its fingerprints are all over the film through the reporting of the Fainaru brothers and network footage.

The film has the potential to change the way the American public looks at football and how future generations play the game. 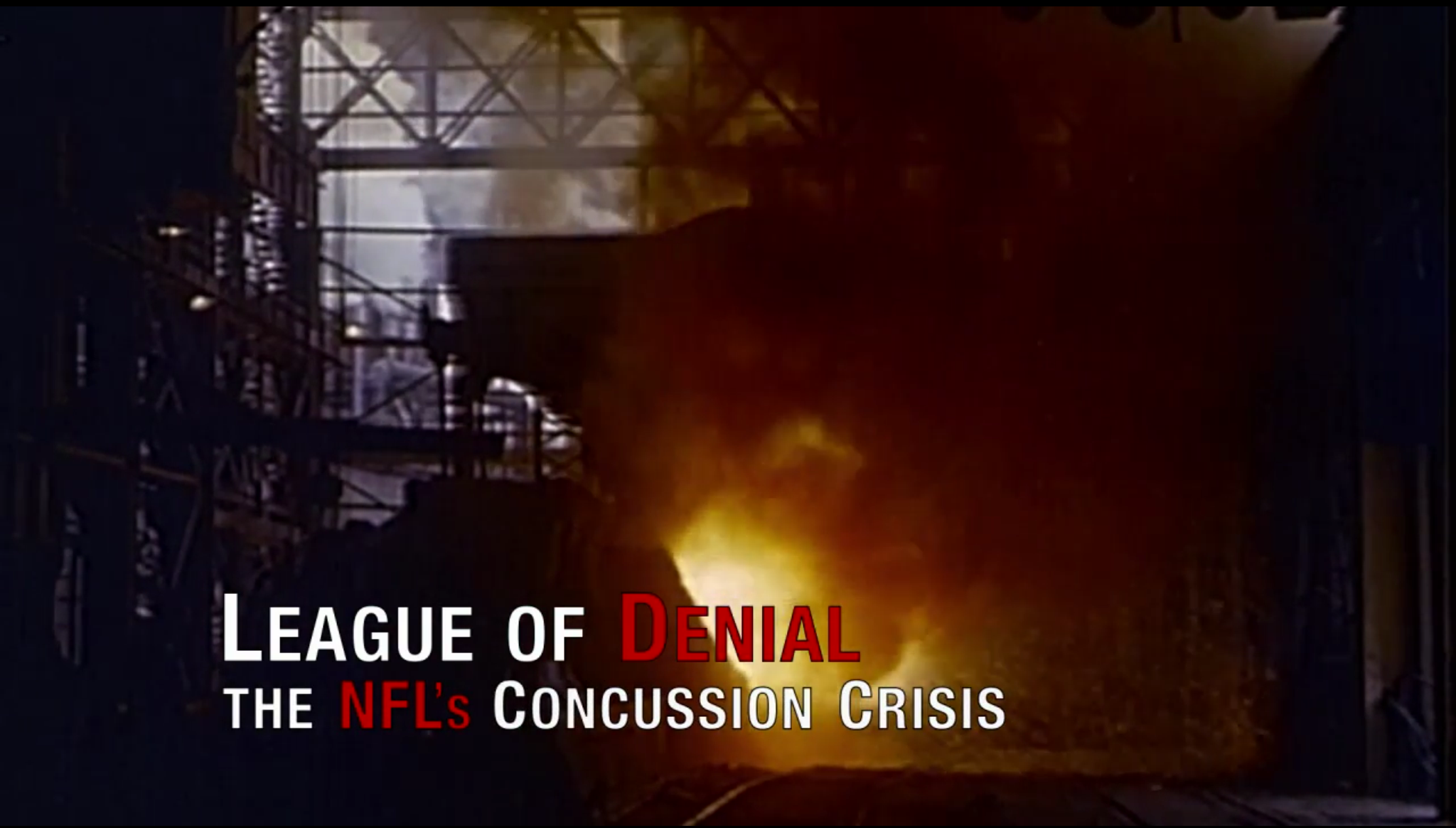 In the documentary, League of Denial presented five segments: Part I – The first diagnosis of CTE or Chronic Traumatic Encephalopathy in an NFL player. Part II – The NFL Goes on the Attack, Part III – Protecting the NFL Shield, Part IV – The Game Changers in diagnosis and Part V – Junior Seau's Suicide. Overall, the film looked at many instances where the NFL denied a direct link to the cause-and-effect of brain injuries, concussions and dementia due to playing football.

Here are some of the more memorable moments from League of Denial. 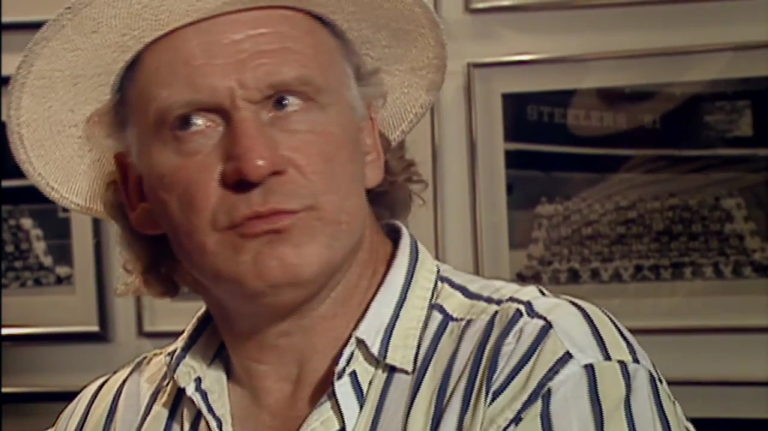 Mike Webster was a center with the Steelers when the team won four Super Bowls in the 1970's. He was a leader of the team and known for his hard-nosed play in the trenches. However, after he retired, he began to show signs of extreme mood swings, depression and eventually, dementia. He decided to build a case that his injuries were caused by playing football. At first, the league denied his claim for disability payments. After the NFL's physicians agreed with Webster's doctors that his injuries were indeed due to football, the league paid him a monthly check. Webster would die in 2002 and the age of 50, poor, homeless and a broken man.

A Pittsburgh Medical Examiner, Dr. Bennet Omalu, did the autopsy and found high levels of CTE in Webster's brain. He eventually publishes these findings. That leads to number 2. 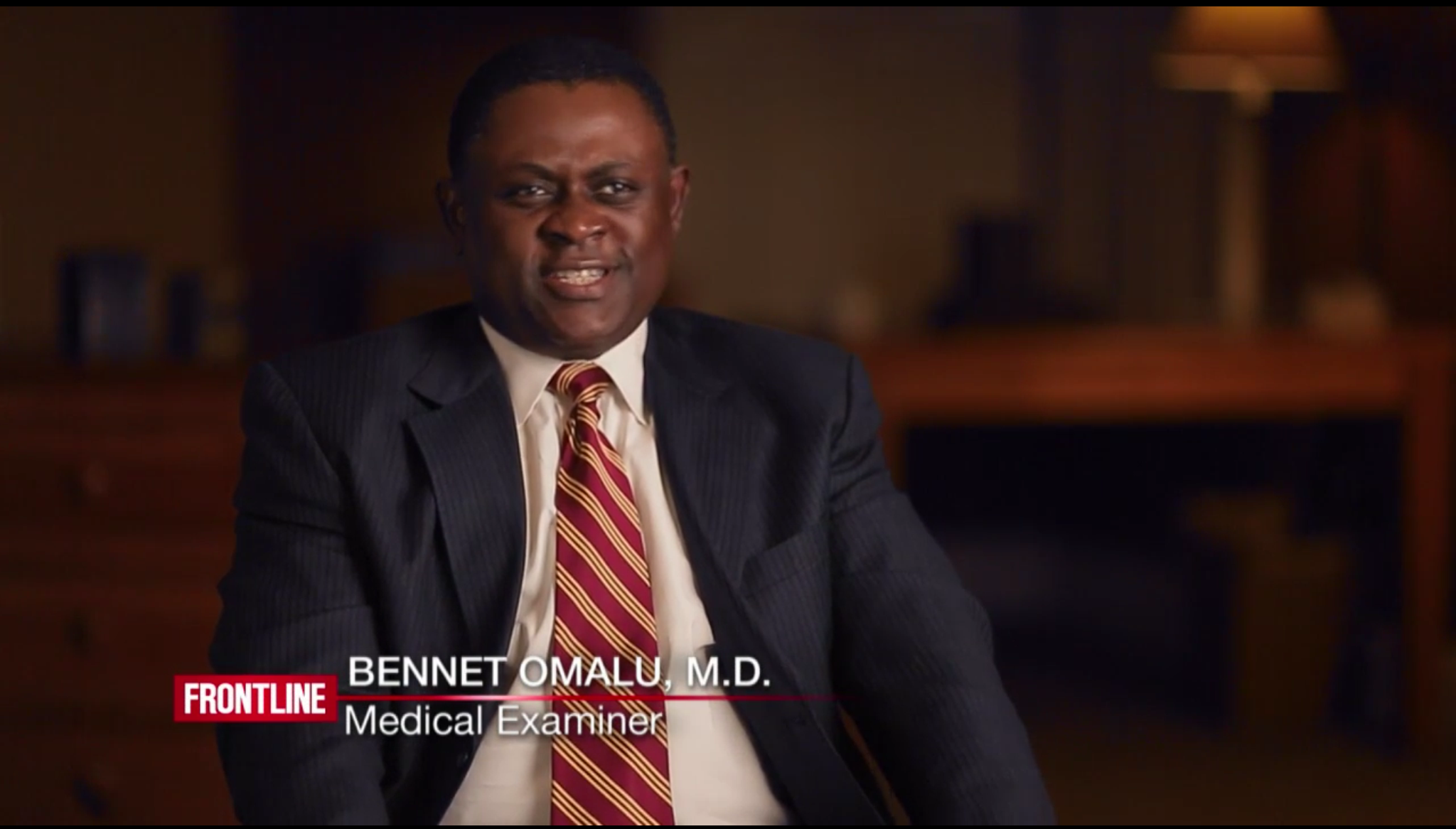 Dr. Omalu publishes his findings in a medical journal. However, the league goes on the offensive to have the journal retract the article. The publication refuses. But the NFL continues to go after Omalu attacking his credentials and his research this despite having several noted neurologists co-author his paper. Dr. Omalu eventually finds evidence of CTE in a second ex-Steeler, Terry Long, and again publishes his findings. Just as it did before, the NFL attacks Omalu's credibility.

He eventually meets with an NFL doctor in private who tells him the implications of his reports could result in the end of football. During this time, the league denies any connection to brain injuries from playing football and publishes its own papers dispting Omalu's claims saying the sport is safe. Disappointed, Dr. Omalu leaves Pittsburgh and moves to Lodi, California saying, "I wish I never met Mike Webster. You can't go against the NFL. They'll squash you."

In the 1990's, former Commissioner Paul Tagliabue forms the Mild Traumatic Brain Injury Committee made up of several NFL doctors, none of which were neurologists. The committee chairman is Dr. Elliott Pellman of the New York Jets, a rheumatologist. The committee issued denials that playing football was responsible for brain injuries and it was safe for players to go back into games after suffering a concussion.

When Tagliabue leaves the NFL, his successor Roger Goodell replaces Pellman with Ira Casson, an actual neurologist. He is interviewed on HBO's Real Sports where he denies any link to football and brain injuries. It's joked that his nickname is "Dr. No" for giving "no" answers to HBO's repeated questions about brain injuries and concussions. Casson continues the NFL's campaign against Dr. Omalu saying his findings are outright wrong. 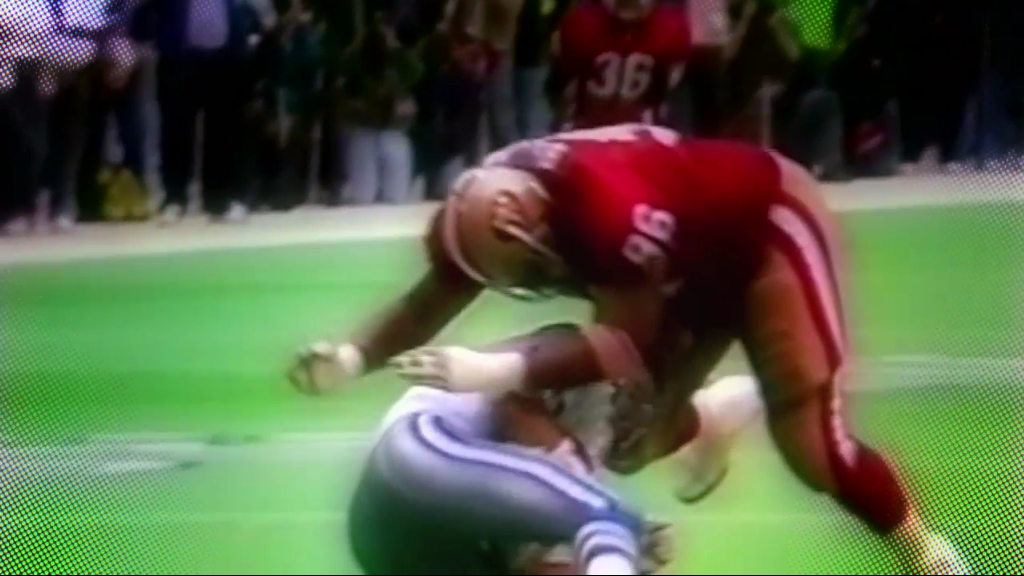 Noted NFL superagent Leigh Steinberg, who at one time represented 21 of the league's quarterbacks, talked about a particular moment after the Dallas Cowboys won the 1994 NFC Championship over the San Francisco 49ers. Aikman suffered a concussion when he was hit in the head and could not play for the rest of the game. Once the game was over, Steinberg recalled being in a darkened hospital room with Aikman and having the following conversation:

Steinberg said it was terrifying to see the toll football was taking on players. This was a moment in the documentary where the seriousness of concussions truly hit home. 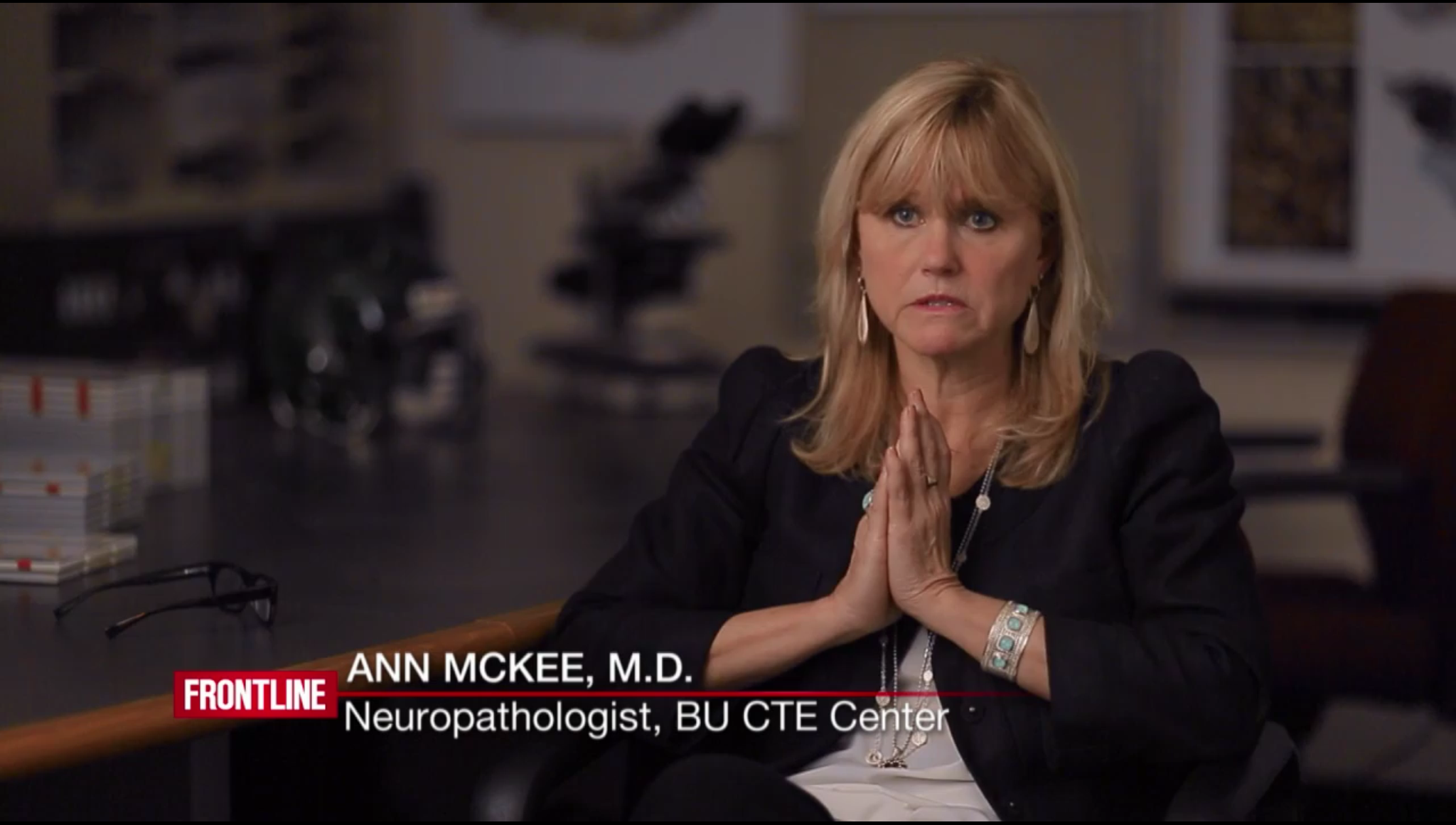 Dr. Ann McKee, a neuropathologist with a background in studying the effects of Alzheimer's Disease, is asked to join Boston University's research team which was starting to look into the impact of football injuries on the brain. She studies the brain of former Tampa Bay Buccaneer Tom McHale who died of a drug overdose at the age of 45. She along with Chris Nowinski, a former Harvard football player and WWE wrestler share her findings that McHale had high levels of CTE. Nowinski, fearing that he himself has CTE due to his football and wrestling days, is aggressive in obtaining the brains of former NFL players for research.

McKee finds patterns of CTE in almost all of the brains she studies including a 21 year old University of Pennsylvannia football player who committed suicide and an 18 year old high school player who died after his 4th concussion. She publishes her findings and meets with the league to discuss her research. McKee says she gets pushback from the NFL's MTBI Committee and from other neurologists.

McKee says of the 46 brains of she has studied, 45 have CTE. 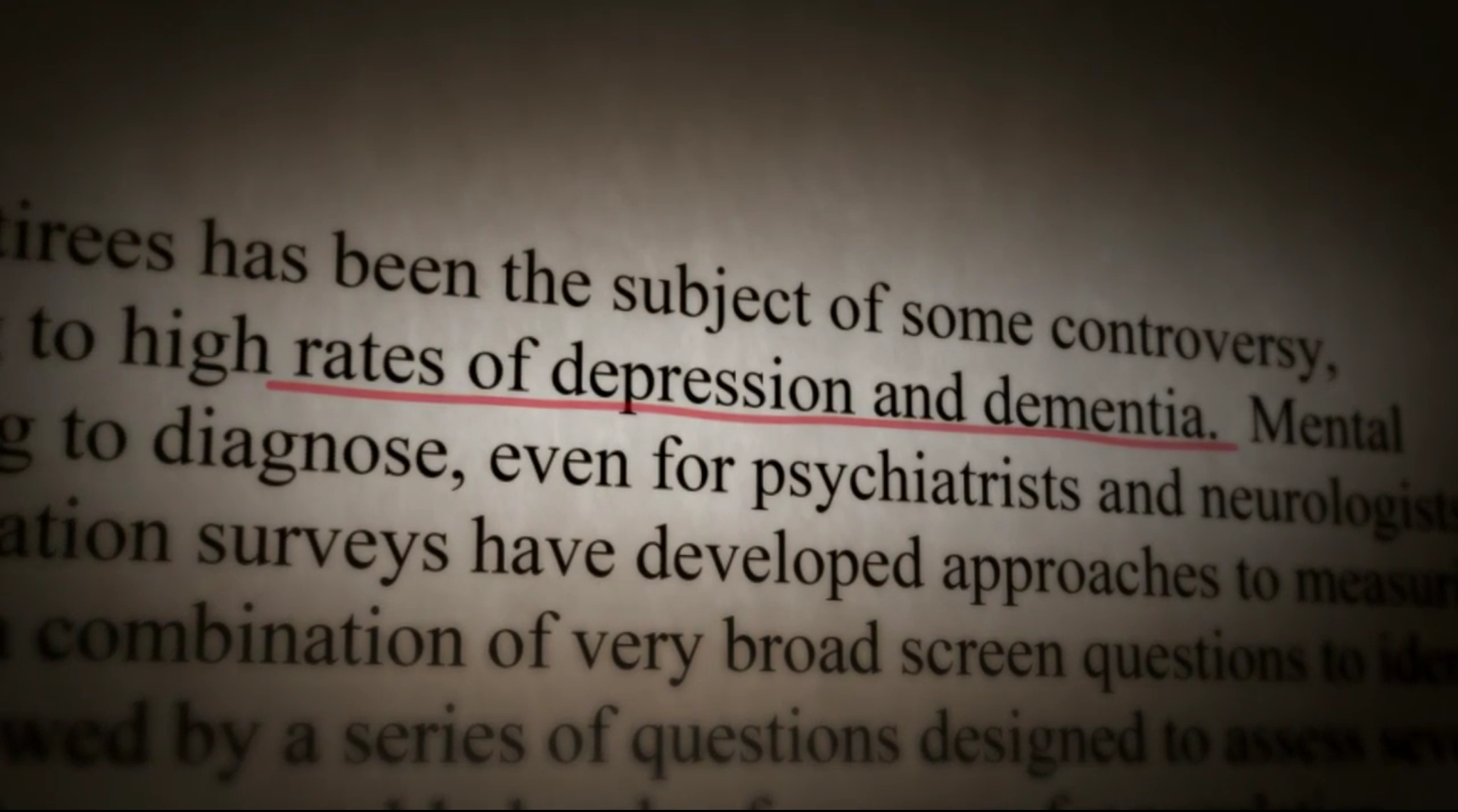 In 2009, New York Times reporter Alan Schwarz is given an internal NFL study at a New York restaurant. He goes over the research document that studied former NFL players and he discovers that the study acknowledges they had a higher rate of dementia than people in the regular community and rates were higher than the NFL anticipated. This was from the NFL's own doctors warning league officials of the dangers of the sport. Schwarz calls it "the NFL's smoking gun."

The Times publishes a story and asks the league for a response. According to Frontline, NFL spokesman Greg Aiello denies the findings of the study and calls them flawed. He states "there are thousands of retired players who do not have memory problems." 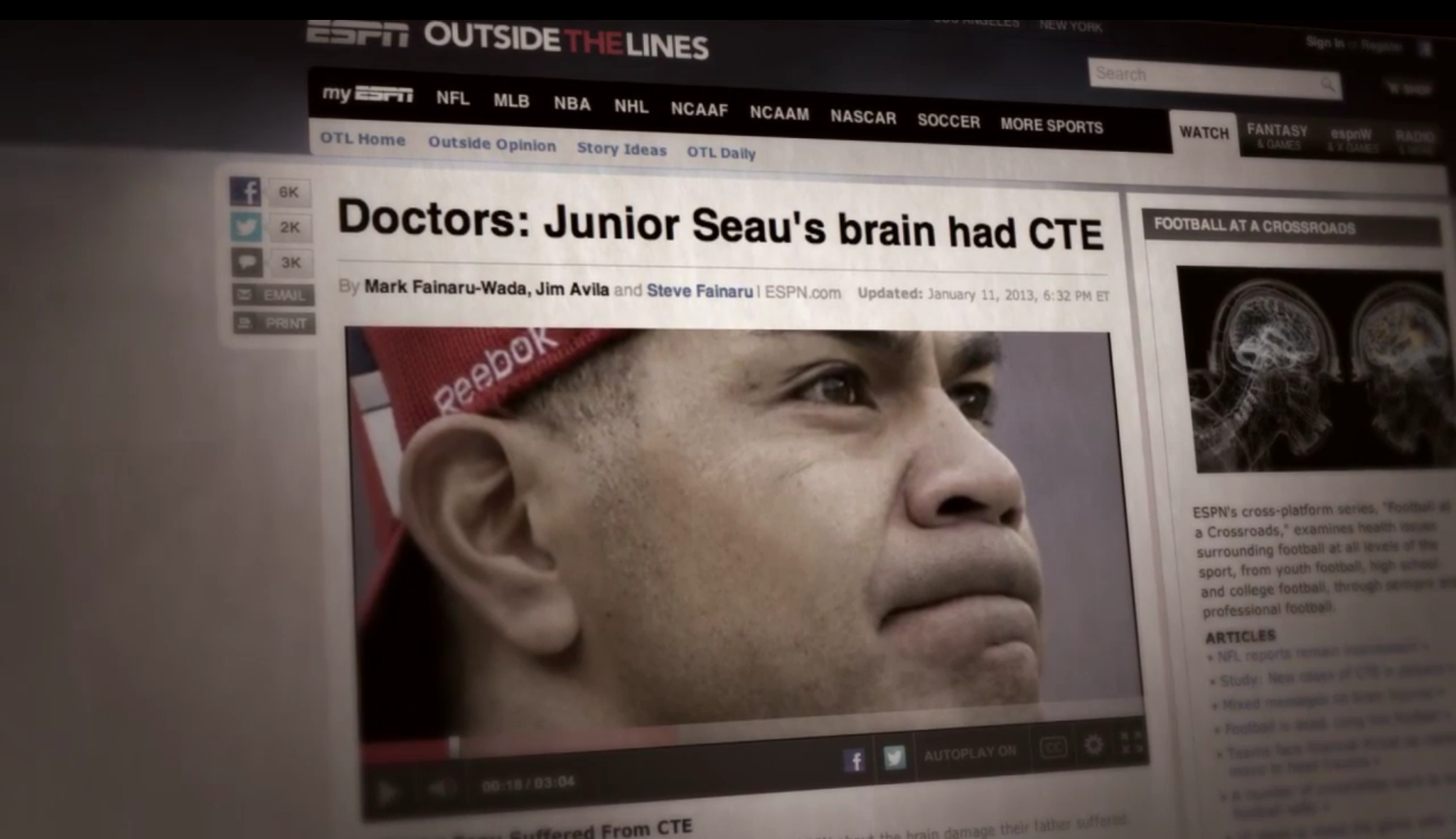 7. The NFL gets involved in Junior Seau's suicide

In May 2012, Junior Seau commits suicide by shooting himself in the chest. Several researchers reach out to the Seau family asking to study his brain. Dr. Omalu contacts Seau's son and gets verbal permission to study his father's brain, but at the last minute, the NFL sends an e-mail to Seau's son again discrediting Omalu. The Dr. leaves without touching Seau's brain.

Instead the league sends the brain to the National Institute of Health keeping it away from Omalu and Dr. McKee of Boston University. However, the research finds that Seau had high levels of CTE. 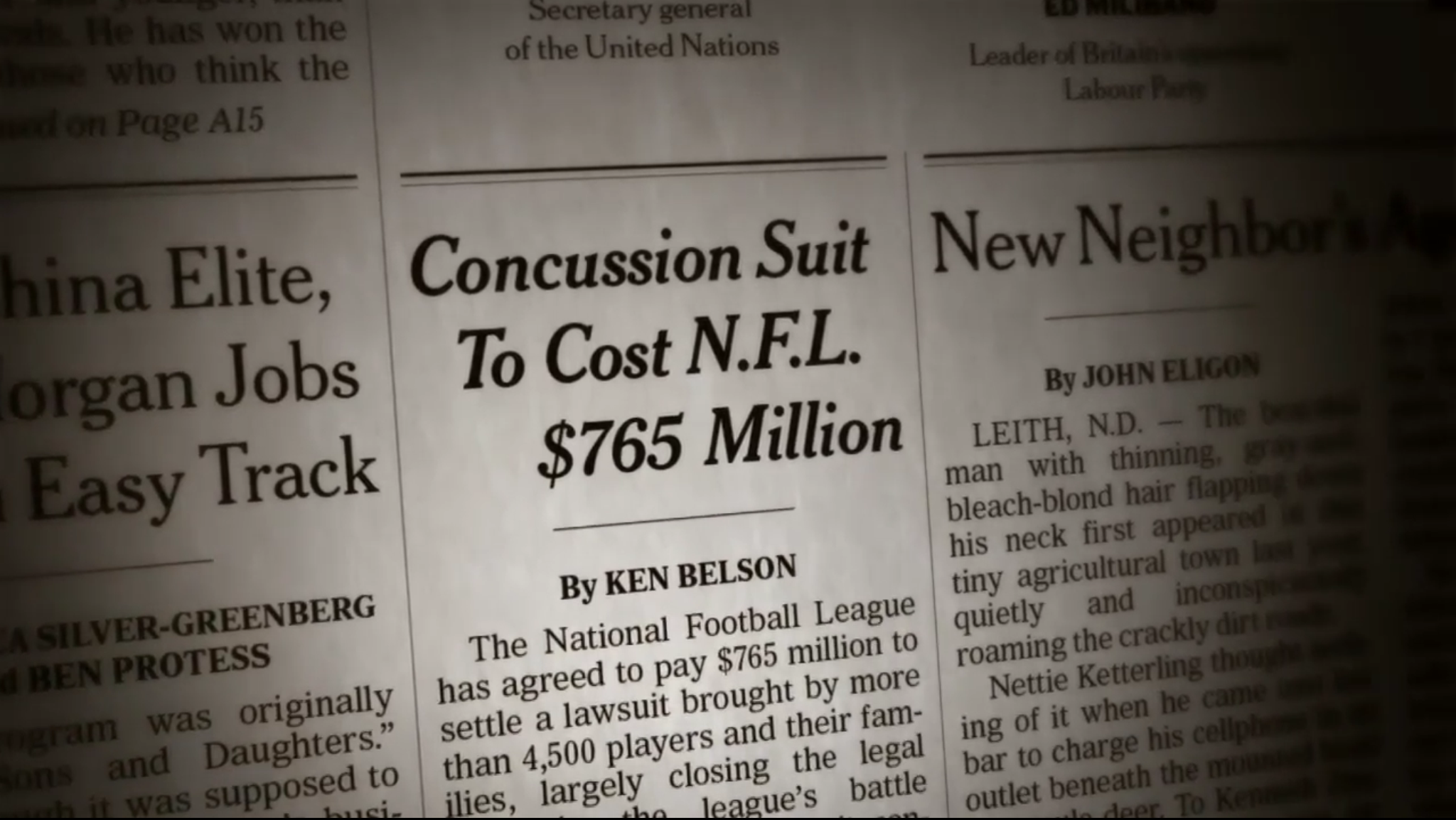 4,500 former players sue the NFL accusing the league of concealing the dangers of playing football and the link of brain injuries to football. Realizing that the lawsuit could drag for a long time, the NFL settled with the ex-players in September for a total of $765 million, averaging to about $150,000 per person in compensation.

The key for the NFL is that it has no admission of guilt and can move on without the fear of a long, protracted court battle. The ex-players had been seeking $2 billion and up until the settlement, had been offered next to nothing in return. 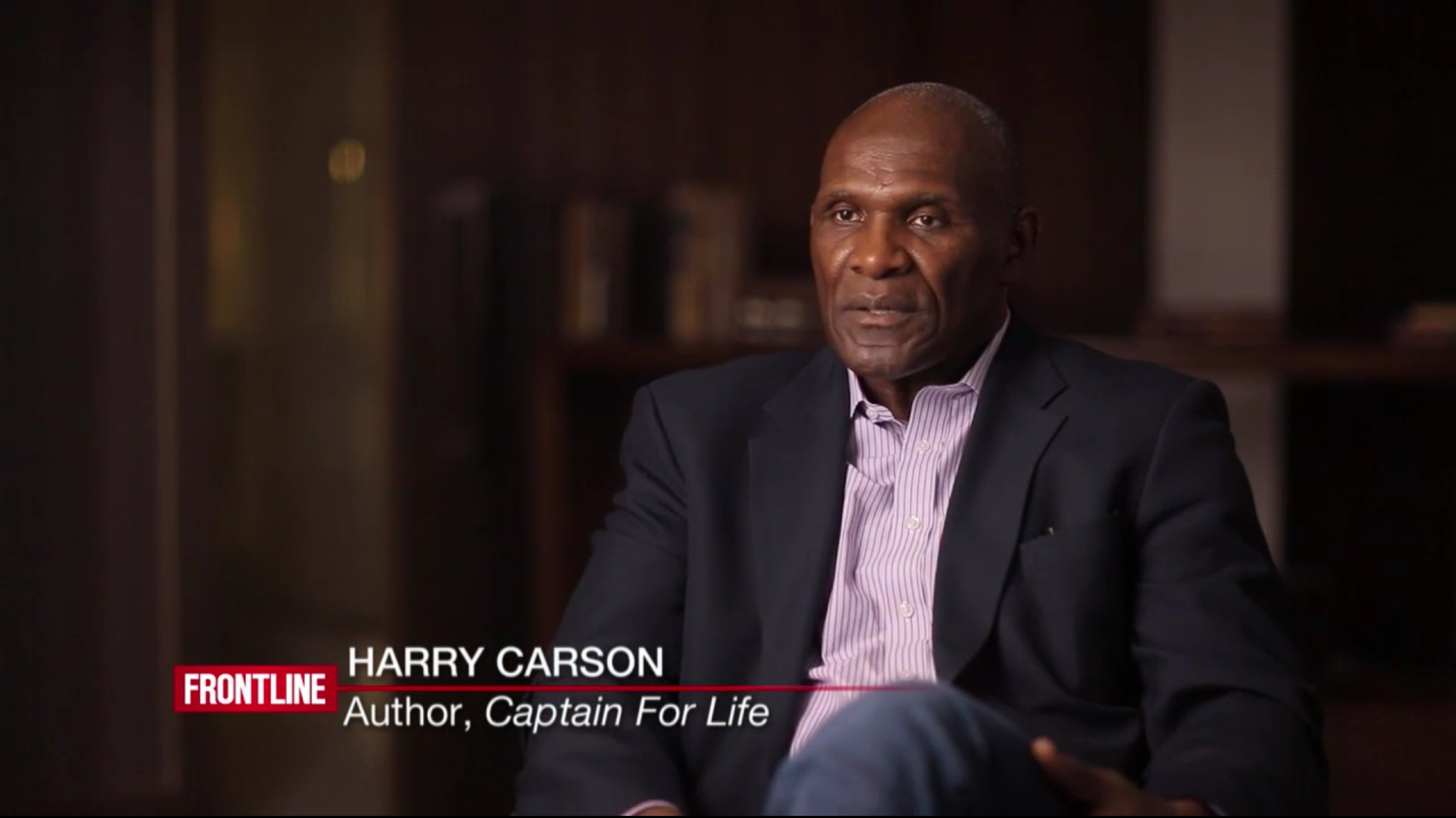 Noting the settlement, former New York Giants linebacker said, "The NFL has given you 765 million reasons why you shouldn't play football."

It's a very powerful documentary. There's a lot of blame directed at the NFL and the league does not come off well. Whether you agree or disagree on the impact of brain injuries due to football, the evidence of concussions and their impact from playing football are very compelling.

One particular segment that carried a big impact showed Commissioner Goodell being called on the carpet before Congress. One Congresswoman likened the league to the Big Tobacco companies covering up the dangers of smoking cigarettes to the American people.

If you did not see the documentary, it's available at the Frontline website or on the PBS tablet app. it's worth your time to watch.