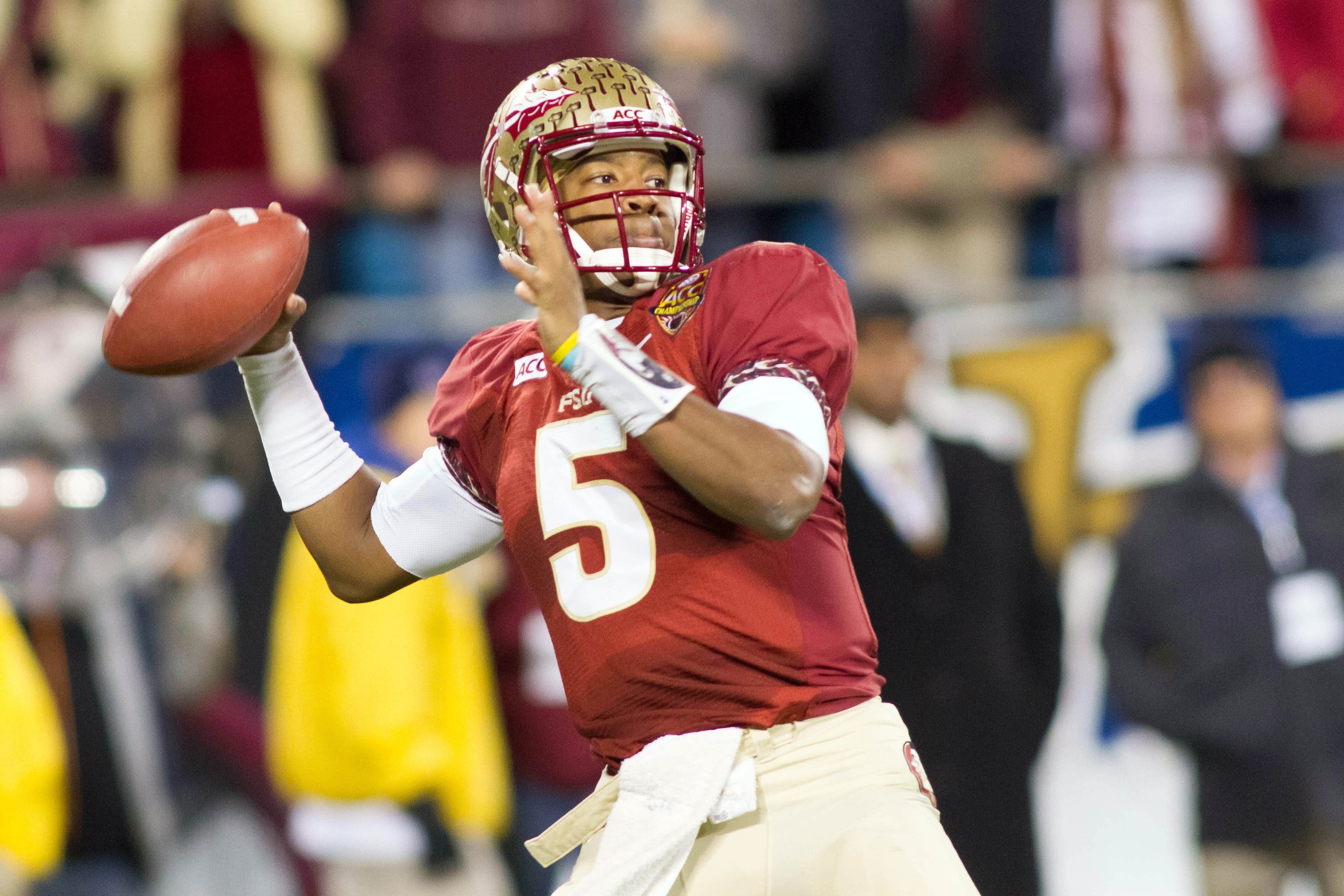 Seemingly every year, at least one Heisman voter quotes the Heisman Trophy mission statement as a reason to not vote for someone. Normally they highlight the word "integrity" in the first sentence of the mission statement. Some did it with Cam Newton, and he still won. Connecticut Post columnist Chris Ellsbury did it with Jameis Winston, and the Florida State quarterback will win on Saturday.

Though the deadline for Heisman voting was 5 p.m. ET on Sunday, in the form of an instant online ballot, Ellsbury filed his Heisman vote on Wednesday morning, the day when Florida state attorney Willie Meggs announced there would be a press conference concerning Winston on Thursday. He also filed his vote before the final weekend of college football action when a player like Auburn's Tre Mason could show why he should be considered for the award. Ellsbury has probably never heard of Mason.

But regarding the Winston story, hopefully a discerning media member would accumulate as much of the story as possible before sending in his vote, but Ellsbury didn't. Before watching that maligned Meggs press conference – in which no charges where filed against Winston – Ellsbury listed Boston College running back Andre Williams first on his ballot, followed by Winston, and Alabama quarterback AJ McCarron.

Here's what he wrote in his column explaining the decision, with a tip of the cap to Deadspin:

"Although he did not have rape charges leveled against him (the case was closed on Thursday), it seems to me that Winston, 19, showed little or no "integrity" in having sex with his now accuser. College athletes aren't just role models, they're often singled out and even preyed upon. And Winston should have known that something like this might come back to haunt him, which it has, big-time. Even though he's innocent, the dark cloud of the incident will likely never go away."

Do you get an extra pat on the back from the Heisman committee by serving the "integrity" of the award? Or do you get bonus points for not waiting long enough to hear all of the facts and turning in your ballot early? The fact that Ellsbury would circumvent logic to write this even after Winston was cleared of all charges reeks of a Heisman voter who only wants to make a name for himself by championing the flimsy integrity clause.

Most importantly, if Winston's perceived integrity issues were so egregious to Ellsbury, why list him in second place? Why leave him on the ballot at all? That makes no sense whatsoever. How do you decide the integrity level of someone who deserves a second place vote but not a first place vote? Ellsbury is just looking for an excuse to vote for Williams over Winston and this is the best way for him to do it. It's hypocritical and makes a mockery of the entire process.

Also, the Heisman Trophy entrusts its voters to keep their ballot a secret until after the ceremony. This has always been a suggestion, but this year the Heisman trust is threatening to revoke the voting rights of voters who reveal their ballots beforehand. Chris Ellsbury clearly revealed his vote a week early after agreeing not to when submitting his vote.

Does that lower his own integrity in the eyes of the Heisman Trust?