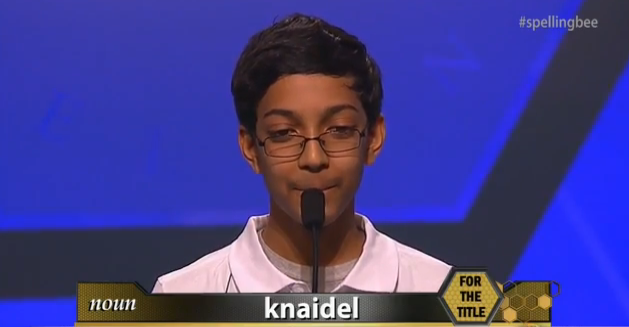 Last night ESPN televised the National Spelling Bee Finals and I found myself switching back and forth between spelling and Game 5 of the NBA's Eastern Conference Finals.  I also found myself more invested in the Spelling Bee.  Arvind Mahankali spelling "knaidel" for all the knaidels was way more entertaining than anything LeBron did last night.  (So was the boss way he acted like he'd been there before by stoically celebrating his victory.)

The Spelling Bee got me thinking… one of the cool things ESPN has always done is televising non-traditional "sporting" events (I use sporting in quotes because I'm sure someone out there can make a logical argument for spellers as athletes given their concentration levels and skills in memorizing languages of origin.)  From Bristol's roots showing Aussie Rules football through Sumo Wrestling with Larry Beil and World's Strongest Man, ESPN's coverage of these events is in the fabric of the network's soul.  Here's our power rankings… 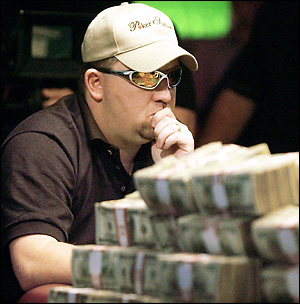 With their breakthrough coverage of the 2003 World Series of Poker, ESPN was partly responsible for the poker boom of the mid 2000s.  They transformed the Main Event from a multi-day marathon to a multi-week television miniseries.  Those early years of the poker boom – from Chris Moneymaker and Sammy Farha to Phil Hellmuth and Mike Matusow – produced some of the best television on ESPN.  Those broadcasts turned the World Series of Poker from a smoky backroom event for gamblers to one of the richest events in the world that anyone can win.  Poker has come back to earth in recent years, but it's still a television staple in ESPN's lineup and the lineups of several other networks with the World Poker Tour, High Stakes Poker, Heads Up Poker, and Poker After Dark just a few examples.

For more on the poker boom and ESPN's role in the WSOP, Grantland has an amazing oral history on that 2003 event. 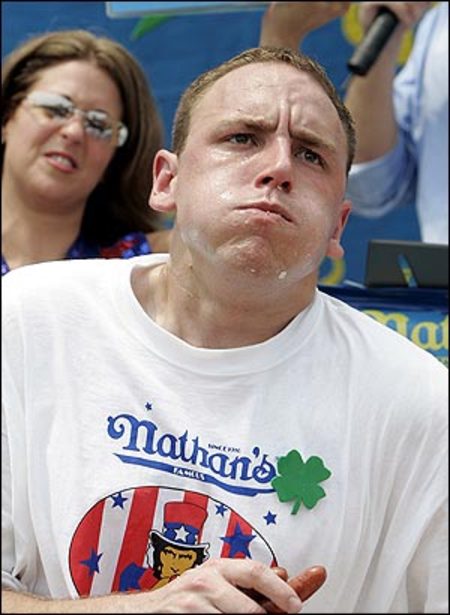 The hot dog eating contest is a greasy, heart attack inducing, delicious slice of Americana every July 4th.  But what makes the hot dog eating contest so enjoyable is the mythical, completely over-the-top way in which Major League Eating presents the contest.  Nicknames are given to the eaters and champion Joey Chestnut is depicted as a modern day Paul Bunyan.  Every year I look forward to the introductions from MC George Shea like it's Christmas morning. Here was his intro for Chestnut from 2012's live blog…

"We kneel at the side of the road to be covered in the dust from the hooves of our enemy's horses and we chew on gravel and we smile the smile of broken teeth and supplication, but one man will not yield!  One man will stand over it and he will cast you in his shadow!  Because the rock on which he stands IS NOT A ROCK!  It is courage!  It is hope!  Enough to sustain a nation!  He will howl at the moon and he will call his name into the new day to put his claim!  Ladies and gentlemen, the #1 ranked eater in the world… he has God's username and password and he does with it what he chooses.  The Nathan's Famous Hot Dog Eating Champion, JOEY CHESTNUUUUUUUUT!!!"

Don't you just want to run through a brick wall after reading that… or go and eat 8 hot dogs in one sitting?

Even if you don't know the difference between a kaburi and a cyanope, the Spelling Bee is one of the more endearing events ESPN airs.  If anything, it's a night for those of us who were more accomplished in meaningful things like spelling bees, geography bees, and math bowls than any kind of to rejoice in being in the spotlight for once.  I wonder what the heck Rebecca Sealfon is up to these days…

I've only seen this once on ESPN, but I was truly mesmerized.  Slow pitch softball seems like the least exciting thing you could watch on ESPN, but chicks dig the long ball and what could be more enticing than seeing average joes slug a huge amount of home runs like they were steroid era sluggers?  I just wonder how the big leagues handle the beer inning.

Incredible highlight plays are commonplace in ultimate, which is why ESPN has committed to showing some of the sport's premier events moving forward.  Ultimate has often been tabbed as one of the "next big things" in sports for a number of years, and slowly is gaining more and more traction nationwide.  When frisbee eventually passes football as the national sport of choice in 2186, don't say you didn't see it coming.

These two competitions are everything the hot dog eating contest isn't.  If you've ever wanted to feel like you've let down your species in the evolutionary chain, just spend 15 minutes watching either of these two events.  While the WSM and heroics of Magnus Ver Magnusson are the more classic version, the Crossfit Games are preferred for the modern day alternative sports programming fan.  I'm just trying to figure out if I could do one event on this obstacle course, let alone the whole thing in less than a minute.  Let me ponder that while I grab a bag of Cheetos and some peanut butter M&Ms…

Now if only we could combine the Crossfit Games with MXC, then we'll have the greatest show in the history of television.  You surely have an extra few millions lying around somewhere, make it happen ESPN!

Some past and current favorites sent in by some of our followers on Twitter: Mini Golf, Lawnmower Racing, X Games, Scrabble, Great Outdoor Games, Sumo Wrestling