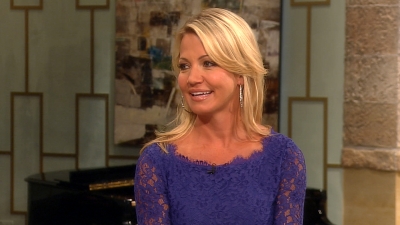 When the launch of The Crossover was announced back in January, there were high hopes that the show would become a signature program for NBC Sports Network. The show premiered with a lot of fanfare during Super Bowl week with Dave Briggs and Michelle Beadle as co-hosts and occupied the 6 p.m. ET hour.

From the start, it was obvious the two would not recreate the magic of the original SportsNation which Beadle co-hosted with Colin Cowherd for three years on ESPN2. Despite their best efforts, the pairing of Briggs and Beadle did not work and by May of this year, Briggs was booted to later host another show for NBCSN and Crossover became a solo vehicle for Michelle.

From then on, the show had more stops and starts than a car stuck in Los Angeles morning rush hour traffic. The constant pre-emptions, time changes, and lack of promotion turned out to be a death knell.

The show was first pre-empted by the Tour of California cycling race which allowed the program to re-tool for its second incarnation. And then in July, Crossover was lost for the entire month as NBCSN focused on the Tour de France. Crossover returned in August, moved an hour earlier to 5 p.m. ET, but then in September, the pre-emptions returned when the America's Cup began its final stages. By this time, any momentum Crossover was hoping to gain had been lost.

Just last week on the Sports Media Weekly podcast, Beadle told me she was happy with the changes made on the show, but expressed her frustations over the lack of network promotion:

I then asked Michelle how she balances trying to be a good soldier for the network while attempting to draw viewers and again, she sounded frustrated about the way NBCSN was handling the program.

As I interviewed Beadle, the show was in the midst being pre-empted for four consecutive days for the America's Cup and would be lost again on Monday and Tuesday of this week for the final three races of the event.

And just six days after the podcast, NBCSN announced Crossover would be canceled and a new afternoon lineup emphasizing the NFL and the NHL would take its place.

NBCSN certainly gave Beadle the opportunity by giving her the half-hour show, but it never really got off the ground. First, Dave Briggs was ill-suited as her co-host and she has made her feelings known about him both to Dan Patrick and to her Twitter following. And while the second incarnation was better, the pre-emptions killed the momentum and never allowed the show to gain an audience. Considering the pre-emptions due to cycling and yacht racing, The Crossover 2.0 was only given a few brief months on the air before NBCSN pulled the plug.

But this won't be the last time we'll see her on NBCSN. In February, she'll have a role on the Olympics in Sochi and continue to be seen on NBC Sports' big events like the Kentucky Derby and NFL season opener. In the interim, she'll continue on Access Hollywood.

Perhaps NBC will find another vehicle for Beadle in the future. If they could do it for Dave Briggs, certainly there should be room for Michelle on the network.