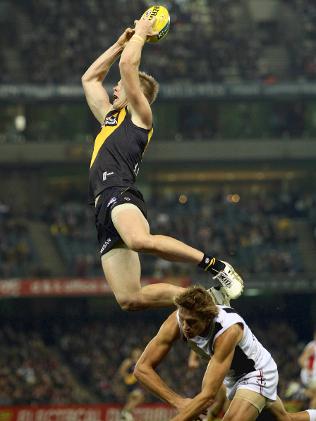 Ed Note: Longtime readers of the site will know of my appreciation for Australian Rules Football as one of the most entertaining sports in the world.  One of the reasons is of course the commentators, who share some similarities with their American counterparts, but also have distinct differences.  Graham Gilbert is an American sports fan currently living in Sydney and he penned this piece to help you get to know the television play by play announcers of the AFL and who their American counterpart would be.

About: One half of Channel 7’s A team. He and Bruce McAveny share duties, meaning one will call the action for about 30 seconds and then the other will jump in; it takes some getting used to, and it causes awkward moments on occasion. Cometti is the most recognizable play-by-play voice in the game and he knows it, but self-aware enough to not make the broadcast about all about him or whatever is on his mind. Usually. He loves cracking a joke or two every game, usually inducing audible eye rolls from his colleagues, and occasionally ending up on YouTube.

Look out for: Keeping his toupee in place on windy days.

Makes me think of: Marv Albert. 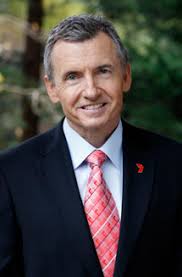 About: The Mike Breen lookalike works with Cometti on Friday night and Sunday afternoon games. He also calls the last seconds of the Grand Final every year where he delivers a prepared line that make Jim Nantz sound like Robert Frost. Bruce loves his stats and quotes them frequently; unfortunately they usually have no relevance to the game at hand. He also tends to fawn over good players. Or anyone really.

Look out for: References comparing something on the field to other sports in years’ past, particularly big events he has covered for Channel 7.

Makes me think of: A cross of Mike Tirico and Verne Lundquist, although neither would do this.

About:Taylor is the sole play-by-play voice for Channel 7’s Saturday night game. He dominates the broadcast, runs several different conversations at one time with the analysts (there are three of them), and is very quick to be critical of a colleague, player, umpire, fan, or anyone else he thinks deserves it. But he can get away with it because of his nonpareil attention to detail, his being crazy when he played, his being crazy today, and his willingness to give credit where it’s due. For example, he once praised one umpire for being the best bouncer of the ball out of all the umpires.

Look out for: Saying “boy oh boy,” “wowwee,” or both during exciting moments.

Makes me think of: A bit of Ron Franklin, a little Gary Thorne (hockey version), and a healthy dose of Paul Maguire in his prime. 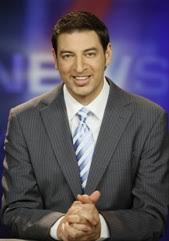 About: Channel 7’s C team, they call Saturday afternoon games, alternating on the call much as McAveny and Cometti do, the only problem being that Baz and Hame sound the same so you’re not sure who’s talking. As they are lesser personalities they tend to stick to actually calling the game, which is a nice change from most of the others. Yay for journalism.

Look out for: Announcing something somewhat related to the score after a goal instead of shouting something inane and minimally relevant like everyone else does.

Makes me think of: Dave Pasch, both of them. 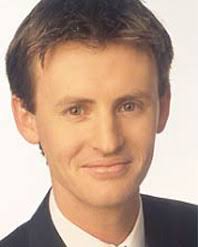 About: “Great!” “Amazing!” “Unbelievable!” are all words the diminutive “Huddo” uses far too frequently given his background in radio and the fact he often calls a good game. He also has the bad habit of hardly ever providing game-related context when a goal is scored, instead talking about how great the team scoring is, how amazing the goal is, or how unbelievable the sport is.

Look out for: Coming up with new ways to make a pun of Jeremy Howe’s last name every time he takes an incredible mark.

Makes me think of: Should be Kevin Harlan or Ian Eagle, more like Thom Brennaman. 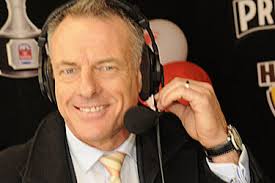 About: Russell is a man who has never seen a bad play, player, team, or game in his life. He loves making each game he calls seem like it’s a matter of life or death and that there’s some bigger meaning to it. Newsflash: it’s not and there isn’t.

Look out for: Hagiography of AFL players, coaches, analysts on the broadcast, and other related or unrelated personnel.

Makes me think of: Mike Patrick, every NFL studio analyst ever.

About: Campbell might be good but no one knows since he pretty much just calls lots of Brisbane games because he played there in the late 80s and early 90s. Eh.

Look out for: His ads as a spokesman for a sports betting website (SportsBet.com.au) 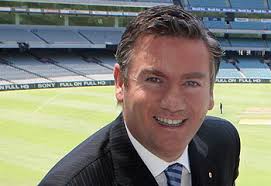 About: McGuire is a radio talk show host in Melbourne. He is also the president of Collingwood, the AFL’s most popular club. He is also a play-by-play man for Fox Footy on games that do and don’t involve Collingwood. (Imagine Jerry Jones calling NFL games for Fox.) He seems to be hated by pretty much everyone and yet somehow not only keeps his job as a below average announcer, but he also managed to escape punishment from racist comments earlier this year, comments which ironically came just days after he attacked racist behavior by a Collingwood fan. McGuire can be holier than thou in other ways, too. In a recent match he went off on the AFL for giving the umpires a new jersey color that clashes with one of the teams’ shirts, yet he frequently insists that Collingwood will never wear a second jersey when it clashes with another team.

Look out for: Hot air.

Makes me think of: Turning the channel.