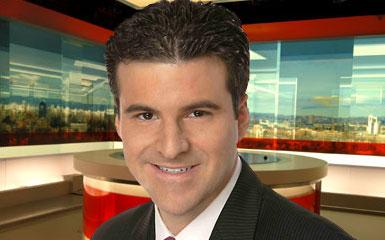 It's no secret ESPN's Darren Rovell is a polarizing figure on the interwebs.  Some people are fans of his work and others aren't so much.

You can count Texas A&M chancellor John Sharp in that latter category.

Rovell has been front and center in ESPN's reporting for As Johnny Manziel Turns this summer with his stories on Manziel's association with autograph dealers.  While there have been plenty of reports, speculation, and wonderment about what the NCAA may or may not do with Manziel, nothing official has happened regarding his playing status.

Now with the season approaching, Sharp is taking it upon himself to carry the Manziel positive PR flag for the Aggies.  He has gone on record proclaiming the Heisman winner's innocence and also took this shot at Rovell's reporting in an e-mail newsletter:

"As you are all aware, our Heisman Trophy winning, freshman quarterback has been very popular this summer! I hope you saw that I recently supported him at the opening of the Texas A&M School of Law in Fort Worth.

While I did confirm that it was a personal view, my motivation was based on the fact we have had ongoing and productive dialogue with the NCAA during their investigation, as required. However, some members of the media have chosen to declare #2 guilty with no evidence whatsoever.

Darren Rovell of ESPN, who broke this story, has been duped before. During his report on Johnny Manziel, he cites unnamed sources who refuse to provide an interview or any tangible proof. In fact, his "named source," Drew Tieman (initially referred to as the broker), was reportedly booked twice for possession of marijuana and placed on four years probation. He has taken down his Facebook page, changed his telephone number and is refusing attempts to be interviewed by the NCAA. It is surprising that the nation's largest sports channel would support publication with this lack of corroboration."

Who's writing these e-mails for Sharp, Richard Deitsch?

This is the first time I can recall someone from A&M coming out and openly questioning the validity of ESPN's reporting.  It should create an interesting dynamic moving forward if ESPN continues to aggressively pursue reporting in this case (as they should).  I asked Rovell for a response to the chancellor's remarks and he said, "We stand by our story."

Consider this just another page in a saga that is slowly moving towards a resolution one millimeter at a time.