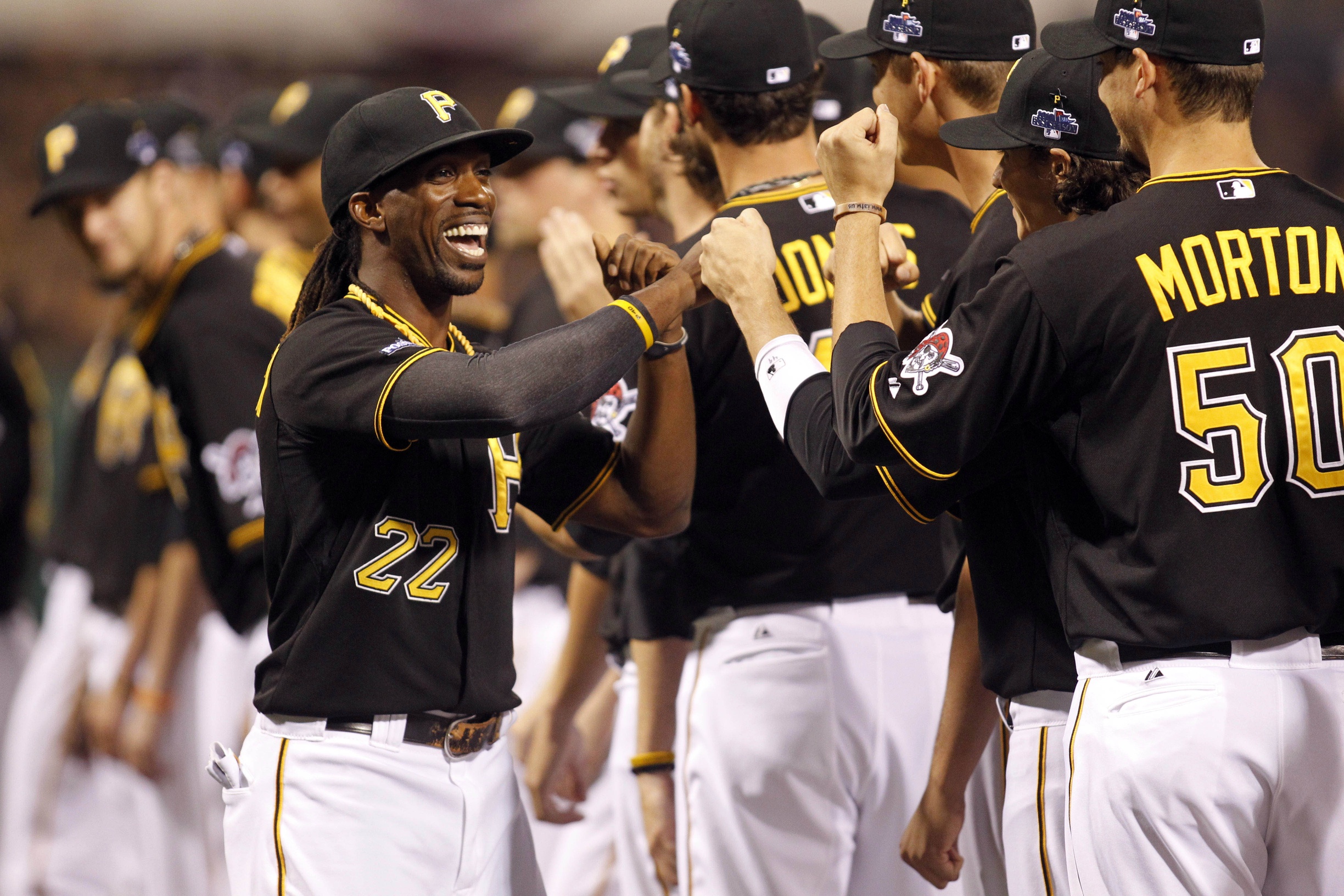 Like most baseball fans and writers in America, I’ve been captivated by the tale of the 2013 Pittsburgh Pirates. A smaller market team overcoming two decades of misfortune and misery to not only break a 20-year streak of sub-.500 futility but make the postseason for the first time since 1992, nearly winning a division title. The Pittsburgh Pirates would be hosting the first postseason game ever at PNC Park, its gem of a ballpark which opened in 2001. But unless you were one of the 41,000+ fans and media at PNC Park on Tuesday night, you could not watch the adoring fans welcome home their conquering heroes, exploding with emotion and gratitude.

TBS, one of MLB’s three broadcast partners for the postseason, did not show the traditional pre-game player introductions, National Anthem or ceremonial first pitch before Pittsburgh’s 6-2 win over the Cincinnati Reds. Let that wash over you again: there was no television coverage of what should have been — and was — some of the most compelling drama of the evening.

This was the best story in baseball and I, along with most interested observers, could not wait to see how the Pirates and their fans celebrated the return of postseason baseball. As 8 o’clock on the east coast approached, I kept waiting for TBS to leave the pre-game studio show with Keith Olbermann, Mark DeRosa, Pedro Martinez and Dirk Hayhurst to bring us the on-field player introductions, National Anthem and ceremonial first pitch. It never happened.

Instead of showing the raw, emotional rejoicing that was taking place at PNC, Olbermann and company talked about what a great event this would be and how the emotions would be high. I was stunned. TBS knew that this was happening because its producers cut in for brief glimpses of MVP favorite Andrew McCutchen and NL home run champion Pedro Alvarez being introduced to thunderous applause. But after a few seconds, the broadcast returned to the studio where the talking heads engaged in some nonsensical conversation about whether or not Olbermann had actually attended Cornell University.

Meanwhile, I started seeing tweets from fans and media members at the ballpark talking about the spectacular atmosphere at the park and how great the player introductions were, including “MVP” chants for McCutchen.

This game hasn’t started, and we’ve already had the greatest 10 minutes in PNC Park history. #Pirates

And some video from Dejan Kovacevic of the Pittsburgh Tribune-Review. Yeah this would have been terrible television. Nobody wants to see this.

Then I learned that the National Anthem had been performed by Andrew McCutchen’s mother, Petrina, to a thunderous ovation.

Andrew McCutchen’s mom just sang the National anthem, the whole crowd joined in, then she hugged her son and sent him off to play.

That’s right, the presumptive NL MVP’s mother performed the National Anthem and this incredible moment was not televised nationally. Seriously?

Here’s a clip of the some of the anthem performance, courtesy of Matt Maisel of WJAC again:

Yeah, I think America would have liked to have seen this. Kovacevic then tweeted that former Pirate great and fan favorite Doug Drabek threw a strike for the ceremonial first pitch.

I was irate and took to Twitter (of course) to vent my frustration.

No live player intros, no live National Anthem. It’s only the first postseason game at PNC Park. No big deal.

It turns out I was not alone in my anger and frustration with TBS’s failure to show the pre-game events. The tweets were flying fast and furious.

Just as I say that, TBS eschews the pregame intros. 21 years without playoffs and we can’t hear Buccos fans laud their boys. Brutal!

Twitter tells me the anthem was awesome, the first pitch was awesome and the player intros were awesome. TBS showed me a studio show. Ugh.

Wait … Andrew McCutchen’s mom sings the national anthem and they don’t show it?

We need more restraint in our public speech, so I’m going to be responsible and merely say everyone at TBS should be horsewhipped.

No player intros or anthem on TBS? Instead we get Keith Olbermann showing a picture of his degree from Cornell. Come on… #Pirates

Yes TBS, I would rather watch a bunch of guys talk about the pre-game atmosphere at PNC than actually, you know, watch it.

The outrage wasn’t directed at Olbermann personally but the studio host did tweet about it in response to some criticism, deflecting presumably to the director.

Sure. Because a host makes those decisions. RT @Heeb265 thanks for skipping the pirates intros an awesome crowd scene.

As the game progressed, the broadcast did a decent job of acknowledging the crowd and giving a sense of the incredible atmosphere at the ballpark. But TBS didn’t seem to understand that this Wild Card game was much more than a game. Failing to show the pre-game events and sharing the moment with the audience was simply unacceptable. Maybe they can get it right when the Pirates host Game Three of the NLDS against the division rival St. Louis Cardinals on Sunday, October 6.

UPDATE: MLB released official footage of the anthem performed by Petrina McCutchen that was not broadcast last night, including the emotional embrace between mother and son at the end. Yeah, that isn’t compelling television.

Amanda Rykoff is a veteran baseball writer who has written for espnW and Sports on Earth. You can read more from her at Bloguin’s The Outside Corner. Follow her on Twitter at @amandarykoff.