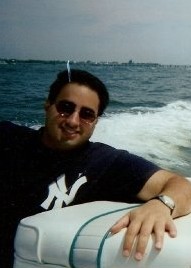 Sports Illustrated's Jimmy Traina, who created the daily Hot Clicks section on SI.com, is leaving SI for Fox Sports. Fox confirmed the news with a tweet welcoming Traina to their editorial team. It was first reported on Thursday by The Big Lead.

"He was one of the original content curators in the sports blogosphere, focusing on the intersection of sports and pop culture. Our audience craves that kind of content. As we develop our model of uncovering the best of the web for our audience, Jimmy is the right guy to lead those efforts."

Traina himself confirmed his departure and has promised to cover the lighter side of sports in a "new and exciting way" along with announcing a podcast that he'll be involved with at Fox.

This is a big loss for SI, as Hot Clicks was one of the most trafficked sections of SI.com. There are two major questions that will arise out of his departure: what is the future of Hot Clicks at SI, and will Traina be able to replicate his SI success with Fox? His hiring is a big splash for Fox, and another step down backwards for SI.

Even if Hot Clicks isn't some sort of bastion of journalistic integrity, Traina's work drew eyeballs to SI.com, and that's a lot of traffic SI will be losing if the feature is discontinued or changed for the worse. What's more, FoxSports.com has gone in the direction of more pop culture content and is almost blog-like in comparison to other mainstream sites, so Traina is a natural fit to where their online outlet is headed.