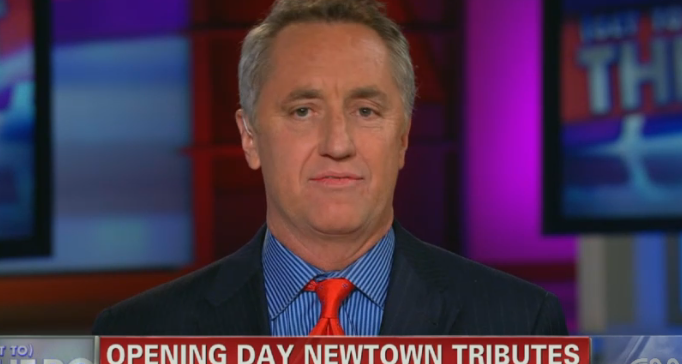 One of his key arguments in Rick Reilly's defense of the Redskins nickname in his much scrutinized ESPN.com column was leaning on his father-in-law, himself a Native American, who supposedly wasn't offended by the Redskins nickname.  This was done to prove Reilly's point that the whole issue was being overblown and the majority of Native Americans didn't find the nickname offensive.  Reilly quoted his father-in-law Bob Burns in the first 3 paragraphs of his column as a building block of his entire argument.

"The whole issue is so silly to me," says Bob Burns, my wife's father and a bundle holder in the Blackfeet tribe. "The name just doesn't bother me much. It's an issue that shouldn't be an issue, not with all the problems we've got in this country."

On Thursday, a first happened in the sports world as far as I can recall.  Bob Burns claimed he was misquoted by his own son-in-law.  Burns wrote a column for Indian Country Today Media Network, brought to light by Deadspin, discounting Reilly's column by saying he was misquoted, even going as far to say that his own son-in-law refused to set the record straight when asked to do so…

"I’ve spent a lifetime humbly working to learn, to preserve, to teach and to help us to remember who we are as a distinct people.

So you can imagine my dismay when I saw my name and words used to defend the racist Washington Redskins name. My son-in-law, ESPN’s Rick Reilly, completely misunderstood the conversation we had, quoting me as saying “the whole issue is so silly. The name just doesn't bother me much. It's an issue that shouldn't be an issue, not with all the problems we've got in this country."

But that’s not what I said.

What I actually said is that “it’s silly in this day and age that this should even be a battle — if the name offends someone, change it.” He failed to include my comments that the term “redskins” demeans Indians, andhistorically is insulting and offensive, and that I firmly believe the Washington Redskins should change their name.

When Rick’s article came out, it upset me to be portrayed as an “Uncle Tom” in support of this racial slur. I asked him to correct the record. He has not, so I must do it myself."

Well… that changes things, doesn't it?  It's one thing to misquote an athlete or a team executive or even someone in the media… but your own family member?!?  Yikes.  Especially considering how much attention Reilly's column has drawn (positive and negative) this is just about the worst-case scenario for him.

Beyond correcting the record from his son-in-law's quotation, Burns left no room for interpretation of where he truly stands with the Redskins nickname with this piercing, thought-provoking conclusion to his column:

“Redskins” is part of that mentality from colonial times when our people were hunted by soldiers and mercenaries who were paid for the scalps of our men, women and children. How can anyone claim this is a proud tradition to come from? The labels, racism and hatred that Indian people continue to experience are directly tied to those racial slurs.

In the memory of our Blackfeet relatives, it’s time to change the name. That would honor us."

Reilly moved quickly to damage control mode, releasing his own statement on Twitter.  There's nothing quite like solving family problems through prepared statements in the media:

"While I stand by the reporting in my Sept. 18 column about the Washington Redskins nickname controversy, and felt I accurately quoted my father-in-law in the piece, clearly he feels differently. This is an incredibly sensitive issue, and Bob felt he had more to say on the subject after that column was posted on ESPN.com. We've spoken and cleared this up. I admire Bob and respect his opinions, and he's welcome to express them. Bob and I are good and I'm looking forward to my next steak with him."

While it's nice that Thanksgiving at the Reillys doesn't look like it's going to turn into a Jerry Springer special, I have a hard time reconciling these two statements.  Rick Reilly stands by his reporting and feels that he quoted his father-in-law accurately… but his father-in-law says he misquoted him entirely?!?

The question that hasn't been answered is what kind of response ESPN will have to this embarrassing situation.  Given the terse response from PR yesterday, the Bristol suits have to be furious that first Reilly's column and now his inaccuracies have put ESPN in such a negative light.  This looks really bad for the columnist, with Burns' column for Indian Country Today very forceful in opposition to the way he was portrayed by his own son-in-law.

ESPN had the opportunity to avoid all of this, but they re-signed Rick Reilly to a new contract earlier this year.  They had it coming.