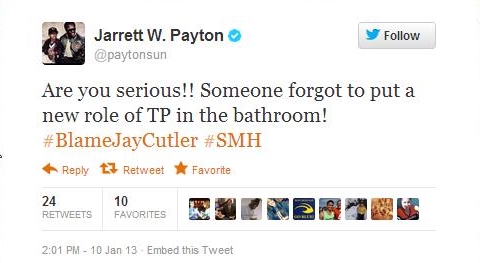 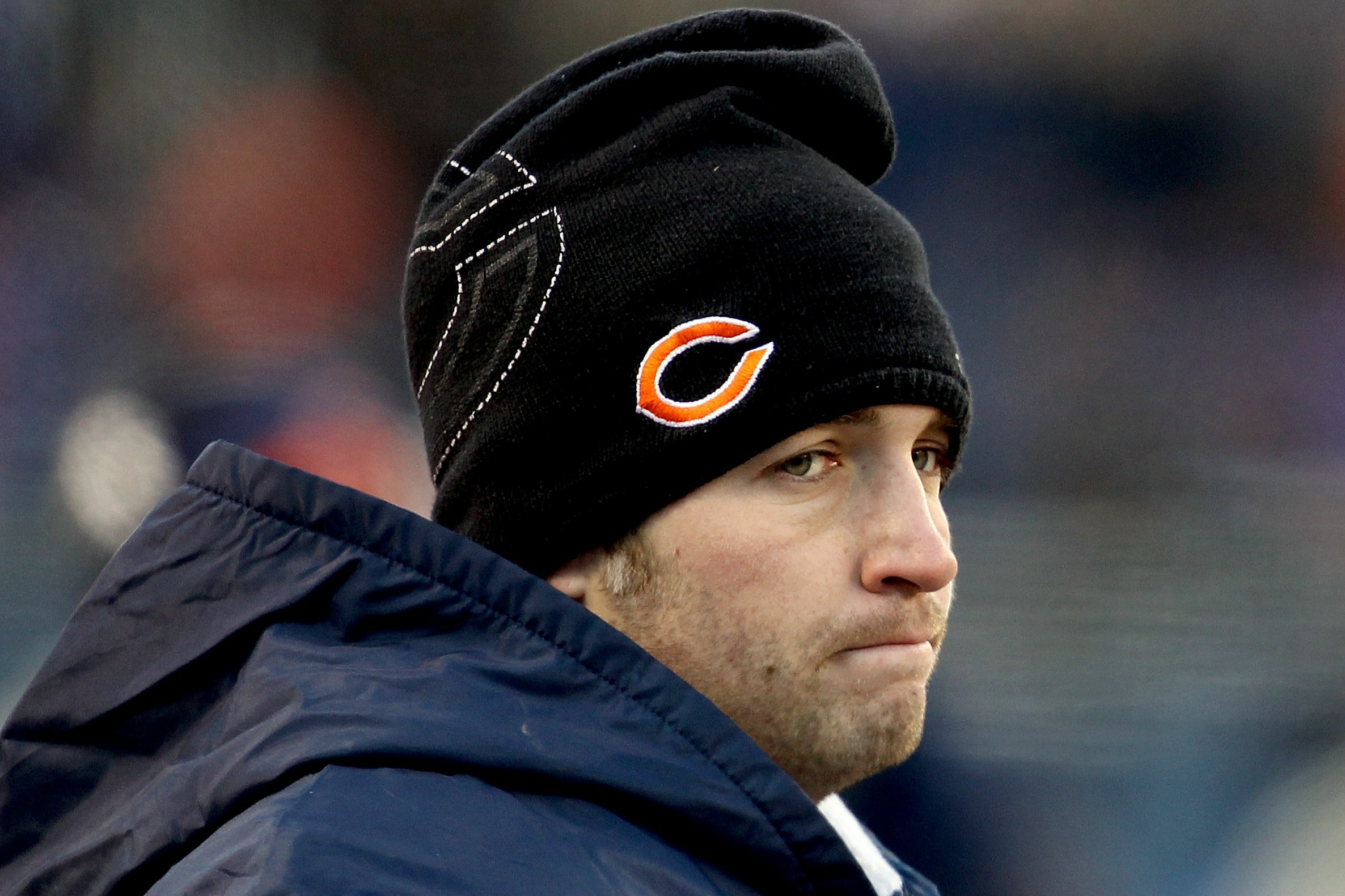 I have so many feelings about this column Dan Wetzel wrote I don’t even know where to start. Between that and what we posted earlier in the week about the dumbest question ESPN has ever asked, my head is about to explode.

ESPN asked, “How much do you blame Jay Cutler for RG III’s injury?”

What they meant to ask was, “How much do you blame the backlash of Jay Cutler’s MCL sprain during the 2010 NFC Championship game and subsequent vilification for RG III’s injury?”

What they SHOULD have asked was, “How much do you blame the vicious jackholes comprised of both current and former NFL players in addition to media members lambasting Cutler for being a wimp for RG III’s injury?”

In his column, Wetzel points out that he believes NFL players are forcing themselves to play through injuries so that they won’t receive the same treatment Cutler did for not coming back into that NFC Championship game. (Which, by the way, I think Lovie Smith and team doctors advised him not to, but yeah what a jerk for not trying to injury himself further.)

Now, people like Mark Schlereth, who drove the Jay Cutler vilification-mobile, are backpedaling so much they might as well be teaching a spinning class.

At the time, Schlereth said the only way he would not play in that scenario was if he were dragged off the field on a stretcher.

Marc Silverman of Waddle & Silvy called him out for his past commentary on their show Thursday. Silvy specifically asks him how Cutler’s injury was different from RG III’s – Cutler was vilified, RG III was not. Schlereth said flatly, “it was wrong. I’m okay with admitting that.” He also pointed out the issue was the perception of Cutler not trying – and that didn’t look good to people.

Personally, I am over Jay Cutler being the NFL’s scapegoat. He just cannot win. But RG III's devastating knee injury is taking us all back to that NFC Championship Game and the vile way in which Cutler was crucified in the media from analysts to former players. Why wasn't Jay Cutler's long term health a concern that day? Why weren't Lovie Smith and Bears team doctors praised for keeping Cutler's knee in one piece? These are all fair questions to ask now in light of the Redskins being questioned for allowing RG III to play hurt long enough to risk his career.

Perhaps the main thing RG III’s injury has revealed is the hypocrisy of the NFL – players, coaches, media, etc. From Maurice Jones-Drew to your grandmother’s dog walker, everyone said Cutler wasn’t tough enough and didn’t have enough heart to finish the game. With the RG III situation, it was Mike Shanahan who was to blame. How DARE he let Griffin play though an injury? What a horrible coach and human being. Wetzel summed it up perfectly:

"Whomever's fault it is [I'm in the Shanahan camp], what's worth remembering is that this isn't the same NFL as even a few years ago, the Cutler saga serving as a milestone moment.

Back then fellow players didn't even wait for Cutler's official medical report to slam him for a lack of courage. They saw him standing and presumed that if you can stand you can play. That's simply untrue.

Griffin certainly couldn't finish Sunday's game but afterwards he walked around the stadium with only a slight limp. And even after his media duties he didn't rush home or to a hospital. He stood visiting with family for at least 15 minutes in a FedEx Field loading dock."

We can't have it both ways.  Either it was the right move to take Cutler and Griffin out of the game or both should have played on until their legs snapped in two and fell off. But Cutler is whiny and pouty and Griffin, despite what Rob Parker may say, is one of the most popular, transcendent players in the NFL.

It’s baffling to me why professional athletes are expected to play through injuries. I interned in the athletic department at Villanova for the (years redacted) season and I can tell you that basketball players with torn something or others were not allowed to play – didn’t matter how many Armani suits they offered to buy Jay Wright or how many Hail Marys they said to Father Rob – it wasn’t happening. And no one called them wimps.

I’m a Jay Cutler apologist for sure. I don’t understand the fascination with his attitude. Maybe he’s cranky because his offensive line is porous and he gets sacked more than anyone – a fact, actually, that Schlereth points out and says because of that he would NEVER question Cutler’s toughness. Okay, whatever dude.

Finally though, thanks to RG III's injury, perhaps we're all understanding how insane the initial criticism of Jay Cutler was three years ago. The #BlameJayCutler hashtag that made its way around Twitter in the aftermath of that SportsNation question of how much Jay Cutler is to blame spawned some great tweets making light of the situation. Even former NFL players were getting in on the act. Our favorite tweet is below:

It's nice to see a fellow player recognizing how ridiculous the whole thing is. Unfortunately, I don't see how people perceive Cutler changing any time soon moving forward, but hopefully the media and players who are too quick to publish their criticisms on Twitter will learn a valuable lesson about questioning a player's toughness.