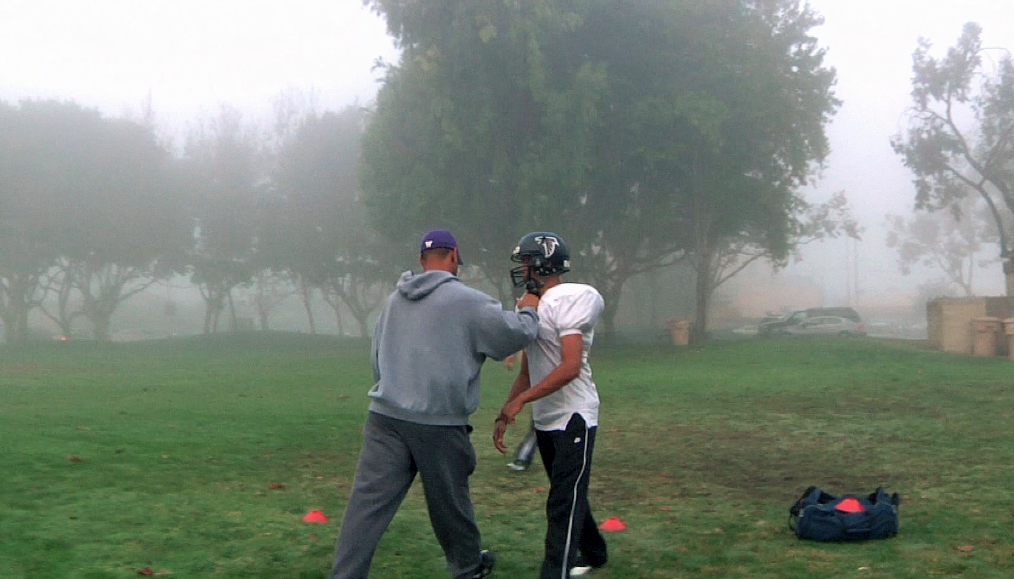 Those words come from André Avery, the dominating golf father who serves as one of the four focal stories of the new HBO Sports documentary, “State of Play: Trophy Kids” from executive producers Peter Berg and Sarah Aubrey (“Friday Night Lights”). In the new series, which premieres tonight at 9 p.m. ET/PT on HBO, the filmmakers will spotlight a topic or person who has made a major impact on the sports world. The first installation, “Trophy Kids,” focuses on parents who are obsessed with the athletic competition of their children. “Obsessed” might be understating the level of the parents’ devotion and focus.

In the 40-minute cinéma vérité documentary that serves as the bulk of the hour-long program, the audience meets four parents and five children across a wide range of sports — golf, tennis, high school basketball and football. We go to practice with the children and parents, watch them during competition, hear their screams and curses and often cringe during the brutal post-practice and post-game conversations captured on film. Basketball dad Steve yells so loudly that his son tells him “shut up or leave.” Tennis mom Jamie wants to support her sons’ athletic success but defers to “God’s will.” Golf dad André curses repeatedly in public and withholds encouraging words to his prodigy daughter Amari “until we get where we’re trying to go.”

One of the more heartbreaking and difficult-to-watch scenes takes place after Justus, the would-be football star, gets interrogated by his domineering father, Joshua, after the 15-year old is pulled from a game. “Whenever I get in the car, I feel like I’m in trouble,” Justus says to his father, tears in his eyes.

It’s often hard to watch, but that’s one of the main reasons why this show is so compelling. Sports fans know that this sort of behavior takes place at golf courses, tennis and basketball courts, soccer and football fields and baseball diamonds across the country. We know that parents attempt to live their own dreams through their children. Sports are big business and it starts early. We just don’t often see it presented so honestly and graphically in our own living rooms.

While the parents who are the subjects of this documentary represent the extreme, we know that every community, every school, every league has a parent or parents that fall somewhere on the spectrum from “I just want my kid to try hard” to “I will do anything to get my kid to do well.” Any parent with a child who competes in athletics at any level, even the most informal, will likely see a little of themselves in the parents depicted.

At a media luncheon on Tuesday afternoon at HBO’s headquarters in New York City, Peter Berg, who had previously worked with HBO Sports by producing “On Freddie Roach,” discussed the film and one of the reasons why he wanted to explore this element of sports in our society.

“How much do we push as parents? What can we reasonably expect?” Berg, a lifelong sports fan who has a 13-year old son, said. “These parents are extreme cases and it was hard not to see myself in certain situations.”

For “State of Play,” Berg takes on a more active role than just executive producer — he’s also the moderator of the post-documentary roundtable discussion, one of the more compelling aspects of the program. For this particular installment, Berg recruited former football star and NFL quarterback Todd Marinovich, arguably the poster child for the young athlete pushed too hard to athletic greatness by a domineering parent (a topic explored by ESPN Films’ “The Marinovich Project” in 2011). I found this part of the show to be fascinating and credit Berg with making a bold and important choice in having Marinovich participate along with sports psychologist Dr. Larry Lauer, who provides good insights.

The viewer can see that Marinovich, now 44 years old and living out of the spotlight in the Pacific Northwest, was visibly moved by the “Trophy Kids” footage, particularly that of the young football player Justus being bullied by his father. “It would be more of a hug,” Marinovich says when Berg asks him what he would tell Justus. “No words can do it when you’re hurting like he is.” (According to Berg, Marinovich screened an early version of the documentary and reportedly could not sleep for two days). This insight brings the show to the next level, encouraging discussion and addressing issues that typically go under radar.

“Making this film has made me a better parent,” Berg said at the luncheon. “I’ve given my kid a lot more hugs. I’ve been that dad in the car. This has helped me parent in a way that I want to parent.”

Sports fans, parents and athletes of all ages should watch “Trophy Kids.” It won’t be easy, but it’s important.

“State of Play: Trophy Kids” premieres on December 4 at 9 pm ET/PT on HBO with repeats throughout the month on HBO and HBO2. The complete “Trophy Kids” film directed by Chris Bell from which the documentary portion is excerpted will be available on HBO GO starting on December 5.

Amanda Rykoff is a veteran baseball writer who has written for espnW and Sports on Earth. You can read more from her at Bloguin’s The Outside Corner. Follow her on Twitter at@amandarykoff.