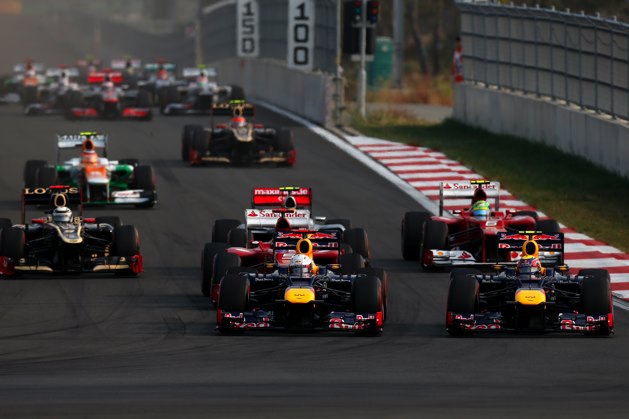 When Fox Sports 1 launches August 17th and the rebranding of the Fox cable networks begins, sports fans will lose two dedicated sport-centric networks. First is Fox Soccer, second and perhaps more significant is the Speed Channel. Speed has served auto racing fans for years with dedicated coverage of everything from NASCAR to Formula One to World of Outlaws and everything in between. By most all accounts, it was a pretty successful channel with a long history. And now, Fox is casting it aside in favor of their all sports 24/7 network FS1. Fox's top Speed programming like NASCAR coverage will be folded into FS1 and time will only tell what happens to the other hours of programming, although initial reports weren't very encouraging for motorsports fans and those who covered the sport at Speed.

While one window has closed though, another has opened. Perhaps surprisingly, NBC Sports Network has been more than happy to pick up the slack to become the new auto racing network of choice. NBC Sports Network already had rights to the IndyCar series aside from the Indy 500 and has added onto that with the other two premier racing series on American television.

Last year NBCSN snatched F1 away from Speed (perhaps sensing the opening provided by the FS1 rebrand). Speed had televised F1 races for 17 years. It was an important move for the startup network because it gave hundreds of hours of live inventory between races, qualifying, and practices and with races around the globe, these were often at times where there was nothing to compete against.

And it was announced this week that NBC won back NASCAR rights for the final 20 races of the season including the all important 10 race playoff. Significantly, 13 of the Cup races will air on NBC Sports Network and will immediately become the highest rated live sports on the network outside the Olympics and Stanley Cup Final. In addition, after running exclusively on ESPN the past few years, NBCSN will air 15 Nationwide series races as well to increase their NASCAR footprint. And, much like F1, many hours of qualifying, practice, and studio shows will increase the network's ever expanding portfolio.

This weekend, between F1 and AMA Motorcross, NBCSN will air 19 hours of dedicated motorsports coverage. If you add in a weekend with IndyCar and a full slate of NASCAR, that could rise to as much as 40 or 50 hours in a week. It may not be the 24/7 coverage that Speed offered, but it's the best thing auto racing fans will have going beginning August 17th when Speed goes dark. NBCSN will fortify their position as the #1 auto racing network once they acquire those NASCAR rights. After losing NASCAR, ESPN will only have the NHRA, Fox will have the first half of the NASCAR season, and that's it. NBC Sports President Mark Lazarus proclaimed NBCSN will become the first network to hold all 3 racing properties – IndyCar, F1, and NASCAR at the same time. Not even Speed accomplished that feat.

To tell the truth, NBCSN developing as a niche network is a page straight out of the days of ESPN's early playbook. They aren't going for the big 3 of the NFL, NBA, and MLB but rather are pursuing sports that may be left out or under covered by competitors. Sports that have smaller, but arguably more passionate followings. NBCSN doesn't have to fight toe to toe with ESPN as Fox Sports 1 will try to do, but establish themselves as a legitimate sports network by scooping up several rights and serving fans that may not be served by ESPN and Fox. Fox Soccer's gone? NBCSN will gain a huge share of the soccer marketplace with the EPL and MLS. Speed Channel biting the dust? Why not make the peacock the new home for auto racing! As a long term strategy, it makes some sense to build slowly like this. There's really nothing wrong with being a strong niche network that can fill gaps in the marketplace that now exist.  Let FS1 have their "jockularity" and ESPN have their "Embrace Debate."

As far as its new commitment to auto racing goes, the test for NBCSN will be convincing motorsports fans they can quench their thirst and become their new dedicated home. They can market the channel as the new home for auto racing and will have to cross-promote F1, IndyCar, and NASCAR until they're blue in the face to drive this point home with viewers.  In theory, having all these rights should strenghten each individual series as auto racing fans become more in tune with NBCSN instead of weakening them with competition for airtime.  With motorsports fans looking for a new home come August 17th, it could be a subtle way for NBCSN to finally start and gain a tangible amount of traction as a 24/7 cable sports network.