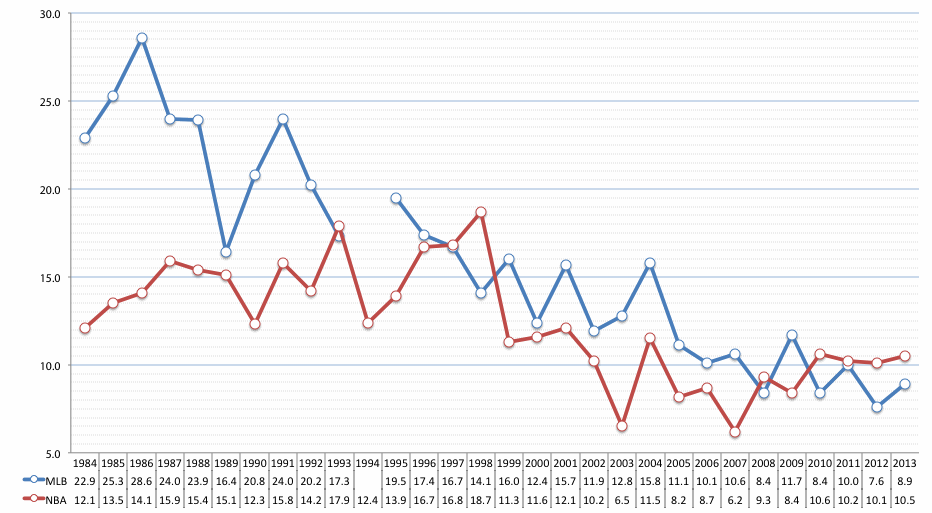 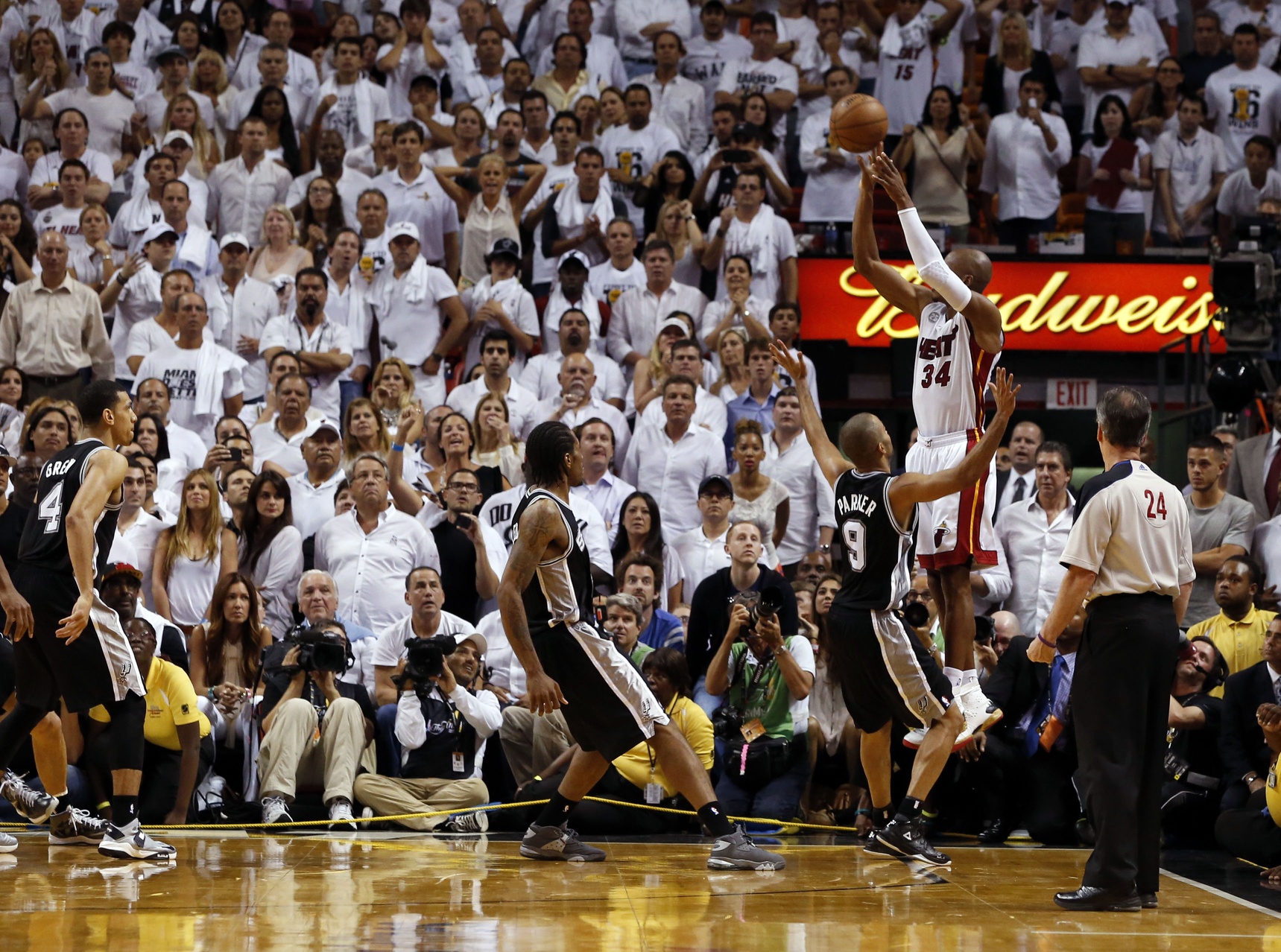 This year's World Series was a dose of conflicted news for Major League Baseball in the ratings department.  On the one hand, the Red Sox and their six game victory over the Cardinals finished up 17% in ratings from last year's Giants sweep of the Tigers.  However, in a major dose of reality, the 8.9 average rating was still the 4th lowest rated World Series of all time.  9 years earlier when the same two teams played in the World Series in 2004, Red Sox-Cardinals averaged a 15.8 in the ratings despite it being a sweep, in what is still the highest rated series since 1999.

If one goes back further, the numbers for MLB were much better still.  Numbers in the mid-teens in the late 90s, the low-twenties during the early part of the decade.  Even a 28.6 average rating for Red Sox-Mets in 1986.  That seems unfathomable in today's sports climate where the NFL is king in the fall.

Now comes this fascinating chart from the inimitable Paulsen at Sports Media Watch.  MLB's loss has been the NBA's gain.  Over the last 30 years, the NBA has gone from registering a mere blip on MLB's radar and drawing just half the numbers of their baseball brethren to seeing the NBA Finals pass the World Series in average ratings.

For 4 straight years and 5 out of the last 6, the NBA has beat MLB for their championship series.  Sure there are plenty of theories for MLB's declining ratings.  The audiences are getting older and baseball is struggling with younger fans.  Football's growth and dominance in the marketplace has led to much stiffer competition during the World Series.  And there's just more things to watch on TV than ever before, especially in the fall.  When it takes place in June, the NBA doesn't quite face the same competiton.

But the facts of this chart make a case for themselves.  The NBA once drew half the rating of the World Series 30 years ago.  Now the NBA Finals consistently outrate the World Series.  That's a stunning transformation.

There are a couple other details worth noting here.  First, that gap in the chart marks a fairly steep decline in MLB ratings.  That's the 1994 strike-shortened season where the World Series was canceled.  Baseball has never gone back to its pre-strike numbers.  Then again, you can also make the argument the decline started in 1992 when the Blue Jays won their first World Series.  Blame Canada.

It's not all sunshine and lollipops for the NBA, though.  The NBA's ratings have also declined since the mid-80s, but at least they've shown a bit more staying power thanks to the renewal of the Lakers-Celtics rivalry and the emergence of LeBron James.  Nevertheless, LeBron is no Michael Jordan in ratings.  In fact, the NBA hasn't even reached two-thirds of the audience from the 1998 finals in the 16 years since the last Bulls championship.

It's a different world now with hundreds of channels and competitors for live sports.  Outside the NFL and the Super Bowl, no sport is going to draw the same ratings they did 30 years ago.  Now the major question is what this chart will look like over the next 30 years.  Will the NBA continue to stay ahead of MLB or can baseball find a way to reverse course and grow their audience once again?