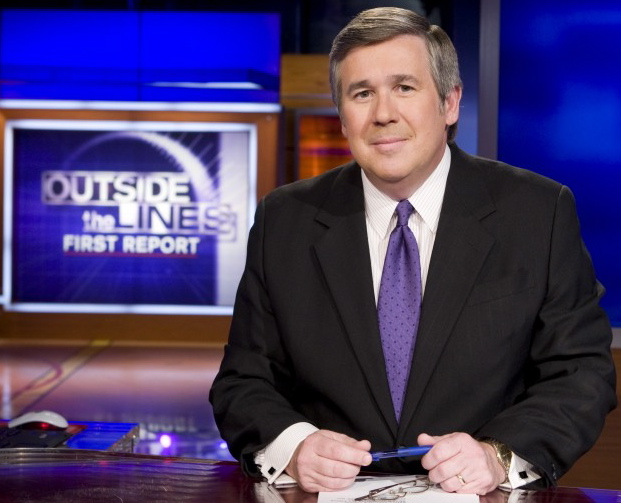 When it comes to holding the self proclaimed worldwide leader to account for their more mind-numbing moments, I'll hold up my hand as being one of the first in line.  It could be anything that emenates from ESPN2 weekday mornings, inane SportsCenter debates, segments breaking down the Harlem Shake, their treatment of sports and stories they don't have ties to, and so on and so forth.

But ESPN also deserves praise when they put their resources few other networks in the world have towards quality reporting and impactful stories.  ESPN aired the controversial video of now fired Rutgers coach Mike Rice and had a lenghty accompanying story from acclaimed Pulitzer winner Don Van Natta Jr.  If you've been away from civilization for the past 36 hours, here's the OTL video…

Lest you think all ESPN had to do was put in the tape and hit play, the network also revealed how some of the reporting for the story came together over the course of several days.  And to tell the truth, the depth of ESPN's work on the Rutgers story went beyond the video.  Multiple articles from different perspectives, multiple interviews including one noteworthy one with Rutgers AD Tim Pernetti (who is rightfully coming under fire himself), and employing their full arsenal of analysts to talk about the impact of the story.  When OTL and ESPN can sink their teeth into breaking a story like this and provide not just the original sourced material, but layered perspective and context, it's the network at its most impactful.

The Mike Rice reporting was just one of several key stories brought to light by ESPN this week.  There was also an Outside the Lines investigation into numerous athlete charities that fell well short of standards.  Furthermore, ESPN landed significant, newsworthy interviews this week with Marty Smith interviewing Joey Logano on the controversy that has followed him and Kevin Ware's first comments since his traumatic injury Sunday with Rece Davis.  Scott Van Pelt also had a radio interview with Pac 12 commish Larry Scott on the Ed Rush siutation that made waves.

The week highlighted some of the brightest characteristics of ESPN.  Pulitzer winning journalists filing important reports that bring about change (Don Van Natta), respected shows leading the conversation (Outside the Lines), and some of the network's most talented anchors conducting hard-hitting interviews (SVP and Davis).  Additionally, plenty of analysis across television, radio, and online platforms that added context pushing the narratives forward.

Make no mistake – had ESPN not gotten a hold of the Mike Rice videotape, he'd still have a job at Rutgers after the athletic department gave him a pathetic slap on the wrist.  The OTL report shows the importance of media and journalism having a real, tangible impact on sports.  Were it not for ESPN's role in the Rutgers story, the shocking videotape and vital conversations about abusive coaches wouldn't exist.  This is why observes are crying out for more journalism from ESPN and less debate – journalism changes things, it challenges the establishment, it gives light to stories that don't often see the light of day.  It has a real impact on the sports world.  All sports outlets (blogs included) should take a look at these reports and see the value in these stories that may not bring easy ratngs points or pageviews, but offer real substance.

The week ESPN had journalistically was more meaningful to the sports culture than a year of pointless, self-aggrandizing, lowest common denominator debates and the latest tweet from LeBron James.  What's better for ESPN and sports fans – Richard Sherman arguing with Skip Bayless or Herm Edwards wishing Tim Tebow a happy birthday… or groundbreaking video footage and interviews.  ESPN's job is to cover the news and break the news.  Where they've lost the plot the last year has been when they made the news.  The ESPN echo chamber of ESPN talking head says something controversial -> ESPN talking head debating controversy -> ESPN talking head analyzing controversy is nothing but a dizzying self-aggrandizement.

Debate is cheaper than reporting, both from a production standpoint and the standpoint of the ESPN brand.  Hopefully this week proves to Bristol that its worth the price.