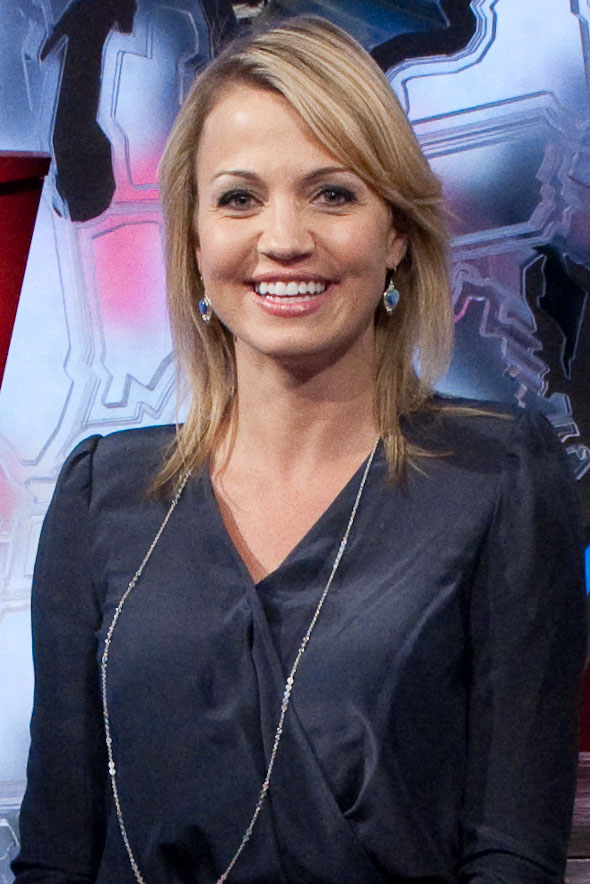 Last month, we wrote about Michelle Beadle's new sport show, "The Crossover." We knew it was going to be a mix of sports and pop-culture, but we didn't know much else.

This week, NBC revealed who Beadle'e co-host will be: Dave Briggs, formerly of Fox News.

"The Crossover" premieres January 28 at 6p.m. in New Orleans, the site of the Super Bowl. It is interesting to note that the 6p.m. time slot puts her in direct competition with SportsCenter, and her old show SportsNation, which moved to 6 PM and now originates from Los Angeles. According to Steve Lepore, the show's 6 PM timeslot means NBC Sports Talk is going on hiatus, likley due to its abysmal ratings. The lack of NHL season till now has been brutal for NBC, and they are presumably trying to find ways to win back viewers.

It's not known when NBC Sports Talk might return, but you can expect Pro Football Talk to remain in the NBCSN lineup even after the NFL season ends.

But back to Beadle's show – can we talk about the promo video? Jose Canseco, Gary Busey, CARROT TOP? Is Dennis Rodman included so he can talk about his ten minute marriage to Carmen Electra? The promo is hilarious – all of them being spun around on a wheel by Briggs, looking as confused as ever (or in Canseco's case, as always).

Of the show, Beadle says (among other things),"…someone finally needs to address this Tim Tebow guy." An interesting and very not so subtle dig at her former employer, the "world wide leader," which year round features 24/7 coverage on whatever NFL team Tebow happens to be with that minute.

I am going to be honest with you – I never once watched NBC Sports Talk. Barely knew it existed. So it going on hiatus is probably not a bad thing. A new show with a new idea could be just what NBCSN needs to revitalize its programming.

It will be very interesting to see the kind of ratings Beadle's show brings in. I am intrigued enough to watch it once, but will it be good enough to watch daily? I guess we'll find out on January 28.