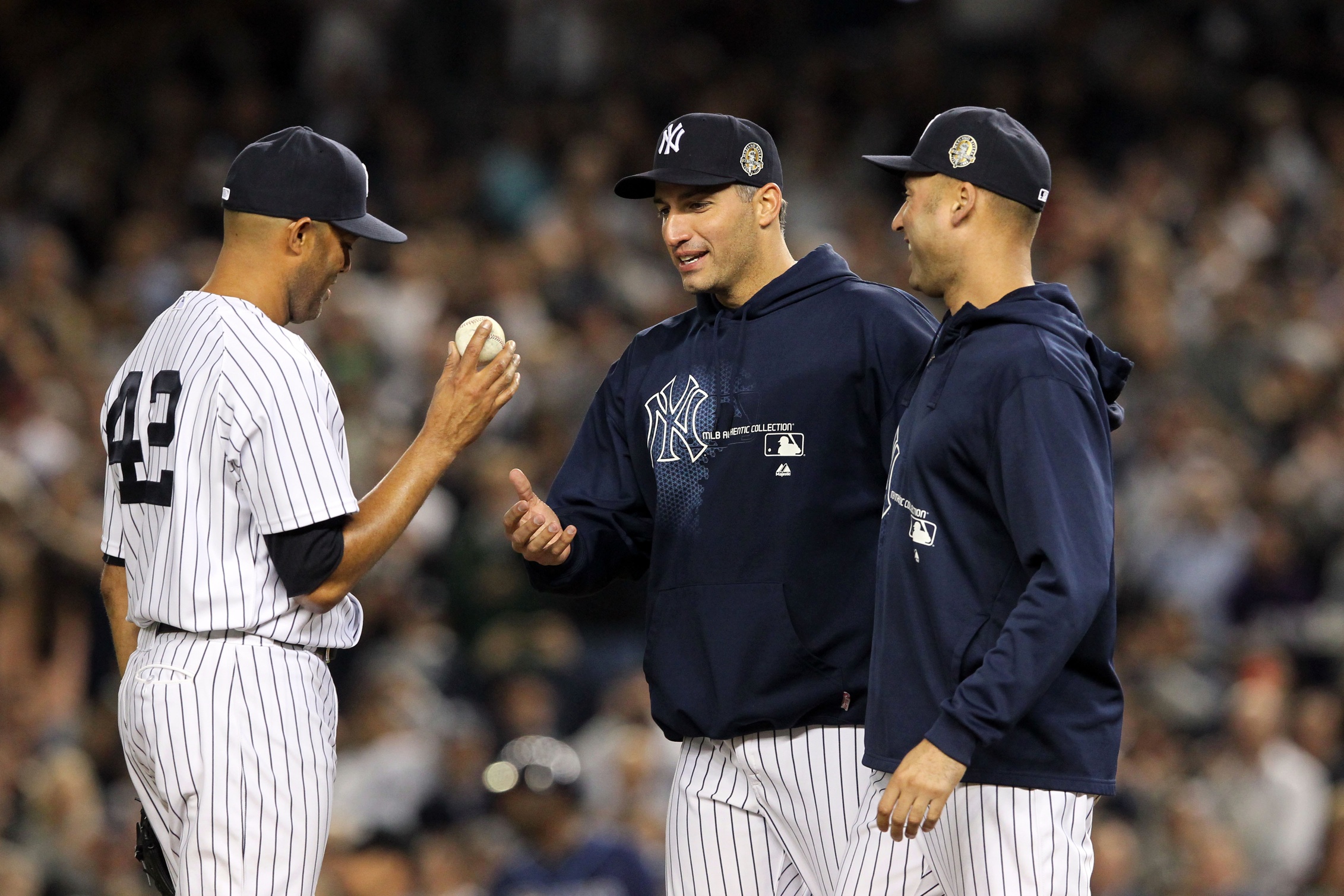 The sendoff for Mariano Rivera at Yankee Stadium was one of the most fantastic moments of the sporting year.  When both Derek Jeter and Andy Pettitte came out to remove Rivera from his final appearance at Yankee Stadium to allow the crowd to pay tribute to the future Hall of Famer, it was everything right about sports.  The emotion, cameraderie, and appreciation was real and raw and made for a classic moment whether you're a Yankees fan or not.

Silence is the most underrated aspect of television broadcasting.  Instead of trying to add his own narration, Kay wisely understood that no words he could add beyond "How's this for drama" could properly describe what was unfolding.  The cheers and chants of the crowd and the pictures told the story.  Kay and broadcast partner Ken Singleton only came back to the broadcast after the cheers from the crowd had died down and Rivera was in the dugout.

Ironically enough, the bar for these kind of broadcasting moments was set by someone who you would never associate with silence – ESPN's Chris Berman.  When Cal Ripken broke Lou Gehrig's streak for consecutive games played, Berman went silent for an incredible 23 minutes in one of the classier announcing moments in history.