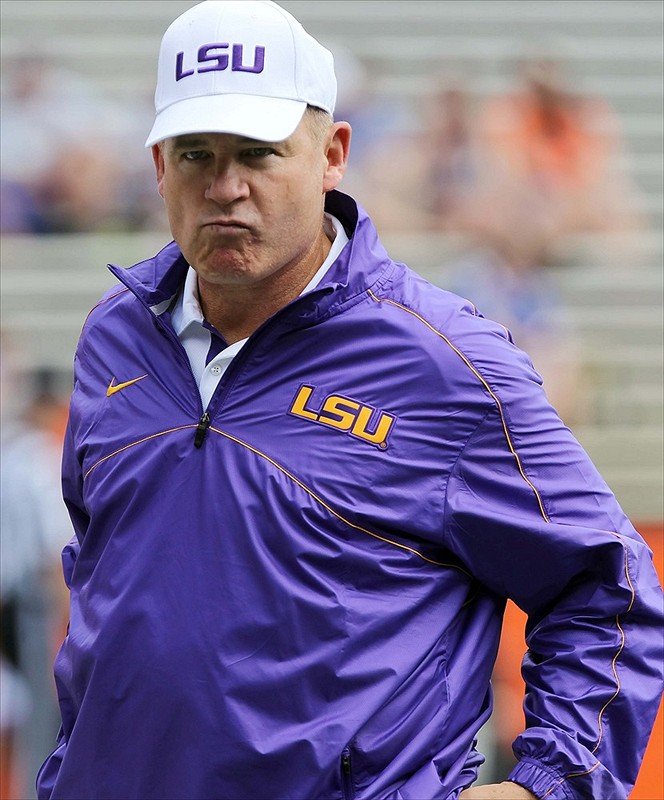 Hurricane Isaac was a tragic event, and on Friday it was revealed that it also robbed the American people of a great moment in cinematic history. LSU head football coach and noted grass-eater Les Miles was apparently cast in the Active Entertainment film "Ghost Shark" as the mayor of the town of Smallport. He was signed on and excited. He had practiced his best Boss Hogg impression and even told his mom that he finally booked that audition, but it never happened.

Active Entertainment, the studio behind classic films like "Arachnoquake," "MonsterWolf" and "Swamp Shark," is based in Louisiana and pitched Miles on the film. Les being Les, loved it. If only nature hadn't reared its ugly head, we all would have a moment that could be cherished for generations. Miles, busy because of his day job, could no longer participate in the filming once production was moved and Ghostbuster's Ernie Hudson was cast in his place. "Ghost Shark" aired on the SyFy network on Friday, and while it is no Sharknado, it would have been much better with a Les Miles cameo or two.

@LSUCoachMiles was originally cast in #GhostShark as the Mayor. Dead Serious. Hurricane Isaac pushed production and schedule forced him out.

In terms of Miles being cast in the obviously planned sequel "Ghost Shark II: Even More Ghost-ier" (a working title), NOLA.com says, "the dream didn’t die there. According to Lewis, Miles has said he’d be interested in working in another Active Entertainment production if the timing fit his schedule."

Now if only we could get Nick Saban into "Sharknado 2: The Second One" (the actual title), then we'd have an Emmy on our hands.