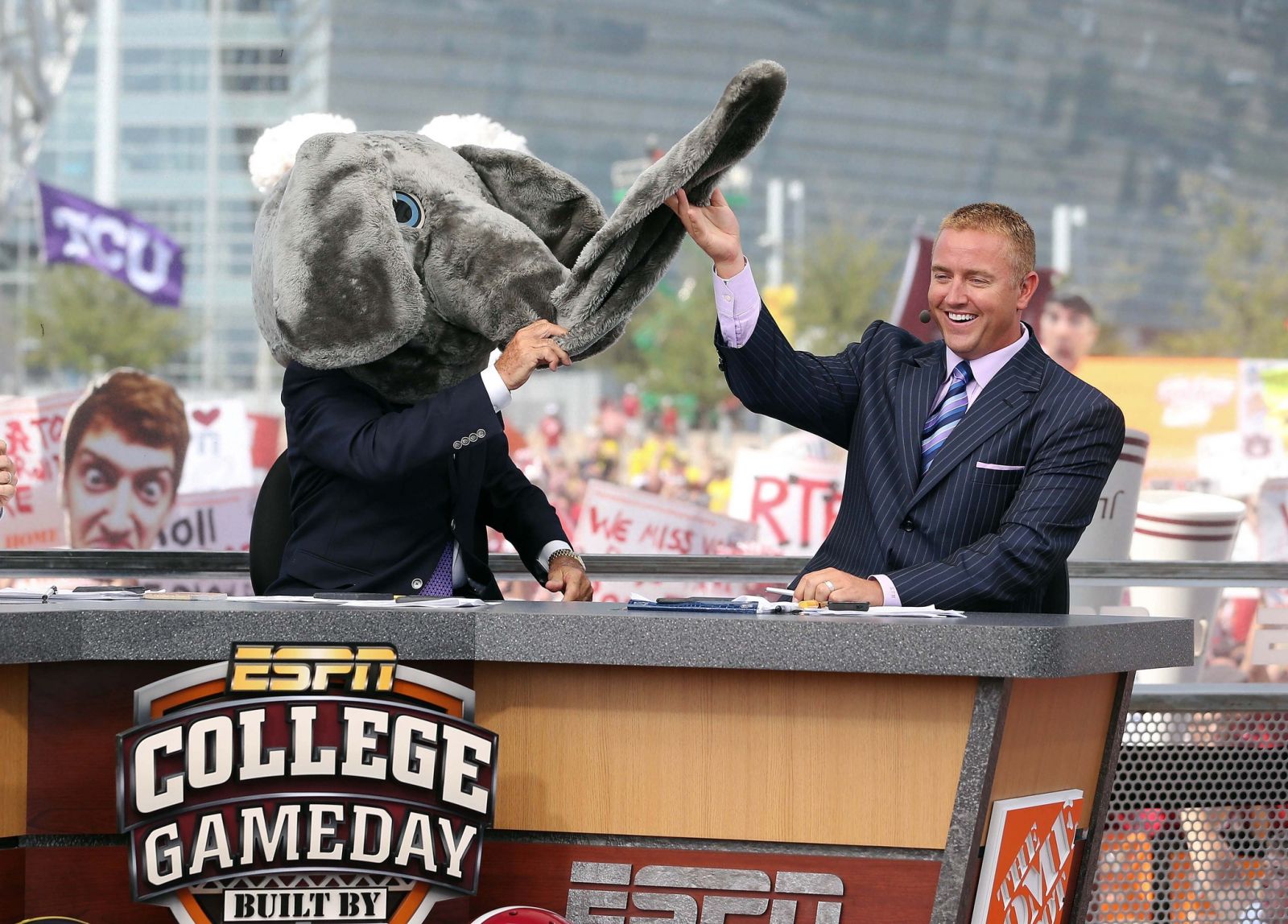 Lee Corso is an American treasure. He continues to be the gift that keeps on giving as he provides weekly gems on the College GameDay traveling road show. This week in Fargo, Corso gave more evidence as to why he remains an American treasure. Not only was he adorned in a North Dakota State University Bison head along with a baby bison for his patented headgear pick, Corso gave us another gem this week.

In discussing the Deadspin Bo Pelini cursing story, Corso said the Nebraska coach should have used his noodle, but also thought the use of "bitching" was so nice, he decided to use it twice.

The reaction by Kirk Herbstreit, Chris Fowler and Desmond Howard was classic. Fowler said, "You're now on probation for saying that."

It wasn't as bad as his "F" bomb in Houston two years ago that led to an awkward apology, but it shows that whether he's firing off guns or saying Arkansas "shot their wad," ESPN has to remain on high alert that Corso is that bottle of nitroglycerin ready to explode at a moment's notice.