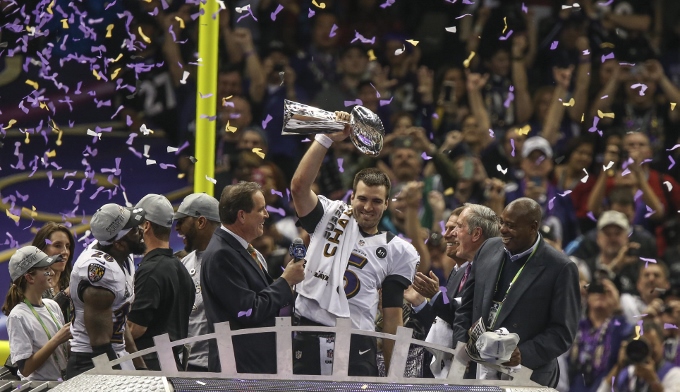 Former Baltimore Ravens linebacker and current ESPN NFL analyst Ray Lewis would deliver inspirational speeches before every Ravens game. They got the team fired up to play the game and roll some opponents, and more often than not, that's exactly what ended up happening.

Maligned Baltimore quarterback Joe Flacco was there for Lewis' pregame rituals over each of the last five seasons. But the Super Bowl champion revealed something interesting in an ESPN bio about himself: most of those speeches really didn't make a whole lot of sense.

"That's not me," Flacco says. "I love Ray, and I love how he always spoke from the heart, but if you listened to those speeches, a lot of them didn't even make sense. He meant everything he was saying, but I didn't know what he was talking about 90 percent of the time."

Flacco's been raked over the coals for years for what comes out of his mouth, especially when he said he thought he was the best quarterback in the league. And while we don't know exactly what Lewis said in a lot of those speeches, isn't it conceivable that Flacco is being 100% truthful? Lewis is big on hyperbole and metaphors, and those are a pair of techniques that can spiral out of control.

The biggest question now is whether or not TV viewers are going to say the same thing about Lewis' analysis of the NFL.