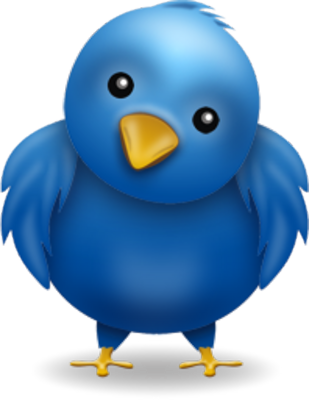 Tonight is MLB's Home Run Derby, which means our yearly plight of counting how many times Chris Berman can say the word "back" and guessing which neighboring city and/or local landmark he will use to describe a long home run.  (Right now Albany leads the Statue of Liberty as the favorite.)  And as Berman dishes out the grunts, jokes, and nicknames (here's hoping George "Taco" Bell gets his yearly random shoutout) he will once again be destroyed by the audience watching on Twitter.

Perhaps no other announcer is as universally panned in social media as is Chris Berman.  Just Twitter search his name during any live event and you'll see a flood of tweets that have grown weary of his act and yearn for someone, anyone else to step behind the mic.  It could be the Home Run Derby, the US Open, or the NFL.  Fans of Chris Berman on Twitter aren't an endangered species – they're extinct.

In light of this, ESPN will tell you that Twitter is just a small percentage of fans and the truth is the silent majority still enjoy Berman's antics being spoonfed to them.

Well, as strange as it sounds, ESPN may have some evidence to back up this theory thanks to Sharknado.

The SyFy original Sharknado* became the talk of social media last week collecting an astounding 350,000 tweets and was a top trending topic the evening of its premiere.  It was the most tweeted show by far and even compelled Twitter to take an in-depth look at the phenomenon.

* By the way, I'm finally seeing Sharknado tonight and I should thank all of you for not spoiling the ending for me.  I really can't wait to see whether or not Tara Reid makes it out alive.  That and you know, the guy chainsawing himself out of the shark.

But there was another interesting phenomenon happening – the social media firestorm didn't translate into TV ratings.  Sharknado only drew 1.4 million viewers, placing it well behind other SyFy amalgamations like Sharktopus and Piranhaconda.  I'm still waiting for my script of Raptorangutan to get the green light.

So what gives?  How could something with such a feeding frenzy on social media draw such lukewarm ratings?  Why didn't all the tweets translate into viewers?

The truth is that as popular as the service is, Twitter represents a small portion of the actual population.  The United States had an estimated 22.9 million active users as of last year.  That's a mere 7.3% of the population that's active and engaged on Twitter.  So while trending topics may be all the rage and so many television shows and sporting events look to incorporate Twitter into their broadcasts, keep in mind only a small section of the population is actually using the thing.  For all the people tweeting about the awesome wonder of the Sharknado, there were another 7 people that were already watching The Big Bang Theory – they just weren't tweeting about it.

The same may be true with sports.  Twitter drives plenty of online traffic and discussion, but it doesn't tell the entire story.  Twitter isn't big enough yet to cause huge increases in television viewing and popular consensus.  It may be able to draw new viewers in, it may be a useful and entertaining second screen, it may be a great source for news and conversation… but it is nowhere close to being the complete picture.  John Ourand has a great example from earlier this year about trending US soccer topics not translating to relatively huge audiences.

If anything, perhaps Twitter represents only a certain portion of sports fandom.  After all, the most likely Twitter user is going to be an 18-29 urbanite and I can't imagine that being Chris Berman's core fanbase.  For what it's worth, Sharknado was a bigger success in exactly those demos.  Nevertheless, those are hugely important demographics for sports and networks would be wise to give some credence to what's happening in social media because it represents a significant slice of the present and future audience.  It's one of the reasons why there's so much popular buzz and positive trends around soccer (especially with younger fans) and crickets for baseball.  A 65 year old in Danville, Indiana may still fondly remember Tim McCarver for his playing days and tenure in the booth and agree with him about the scariness of social networking.  A 19 year old in Seattle is more likely to laugh at him not being able to correctly count the letters in the word "strike."

Sharknado certainly wasn't hurt by all the hype from Twitter, it just wasn't as indicative of its total popularity as we may have anticipated.  Similarly, all online criticism of announcers like Berman and McCarver and others isn't completely invalidated because the sample size may be smaller than we think, it just means it's not the universally accepted viewpoint we may believe it to be.

The challenge for everyone in media today is finding a successful dynamic where those two worlds can intersect.  A world where you can reach the unplugged fan at home while not totally alienating the younger demos online.  A world where you can tap into what's trending without annoying your older audience with endless scrolls of meaningless tweets from celebrities.  There has to be an effective middle ground out there somewhere.

Sometimes we get wrapped up in the bubble of the blogosphere, Twitterverse, and social media and convince ourselves that's the way the entire universe walks, talks, and thinks.  That's a tempting thought, but it's not necessarily the case.  As contrarian as it seems, there may even be a few Chris Berman fans still out there in the dark, silent abyss that will cheer along with every back, back, back during the Home Run Derby tonight.

Maybe it's a good thing they don't have Twitter.