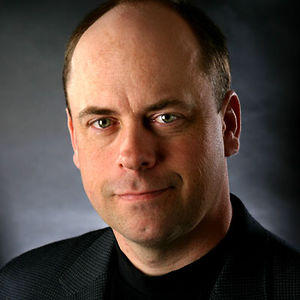 Twitter has become a more and more vital part of most sports media types' existence over the last few years, so it's certainly noteworthy to see one going the other way. Steve Czaban, a Washington, D.C.-based radio host with ESPN 980 and Yahoo Sports Radio, has spent the last 14 days without using Twitter, and he made some interesting comments to The Washington Post's Dan Steinberg about why he chose that path:

“Basically, it’s too damn dangerous for somebody like me,” Czaban said. “Brick-and-mortar companies that pay your salary treat Twitter as if it’s the highest form of communication that can ever be written. And it lacks context. People say you can still be funny, just be careful about what you tweet. Be careful, sure — but you don’t know the way something is going to take off. There’s something very dangerous about the viral nature of Twitter. … And so I just decided, you know, it’s just not worth it.”

To a degree, Czaban has a point here. Yes, Twitter's viral nature absolutely makes it possible for things to blow up, and that has cost many sports media types. One of the most prominent examples is Columbus radio host Scott Torgerson, who was eventually fired for a tweet saying he wished Desmond Howard "would get fired or die so I can watch Gameday again." If Torgerson says that to a few of his buddies while watching a game, it probably gets a chuckle and goes no further; because he said it in the public forum of Twitter (where it was quickly retweeted and spread by many), it turned into something that cost him his job. As we saw in this year's most awful tweets, Twitter has tripped up everyone from sportswriters tweeting about "chick pilots" to Olympians expressing racist remarks.

Czaban's point about Twitter being more dangerous for sports media types also has some truth to it. They're not the only ones, of course: some average fans have found themselves with real-world consequences ranging from school punishments to jail for racist tweets, and some athletes have found themselves suspended over controversial remarks. Still, for media types, there are a couple of complicating factors that perhaps intensify the problem. For one, they're associated with their companies (even if they post the "Tweets are my own" disclaimer), so it's easy to make the jump from say, "Steve Czaban said this" to "an ESPN Radio host said this." For another, there isn't a lot of job security in the sports media world outside Jim Nantz and Joe Buck, and there are a lot of capable people vying for positions, making many feel somewhat replaceable. That's not quite the same elsewhere. If a star athlete tweets something dumb, it's unlikely they'll lose their job over it, but we've seen that this isn't always the case for media personalities.

Many companies are also getting worried about what their employees tweet, and that's why we've seen some (often-controversial) efforts from places like ESPN to develop strict policies. If a goal of those policies is to keep their personalities from making headlines on Twitter, they've partly accomplished it; even noted Twitter warrior Darren Rovell has toned down his online feuds since joining the Worldwide Leader. Clearly, plenty of sports media outlets are concerned with how their employees represent them on Twitter, and that helps make it understandable why Czaban sees tweeting as not being worth the bother.

However, what this line of thought ignores is that it's perfectly easy to get in trouble off of Twitter too. Czaban should be well-acquainted with that, as he and coworker Andy Pollin were suspended by ESPN 980 in December for an on-air rant about a transgendered athlete. We've seen that with plenty of other media personalities as well, from New York Post columnist Phil Mushnick's suggestion in print that the Brooklyn Nets should have "the full Jay-Z treatment" and become "the New York N—-s" to Calgary radio host Dean Molberg (who wished on-air that Saskatchewan players would die in a plane crash) to ESPN's Rob Parker (whose contract wasn't renewed following his controversial TV comments about Robert Griffin III's race). Yes, Twitter's character limit can make it simpler to say something problematic without proper nuance or context, but media types have found themselves in plenty of hot water off Twitter as well. Instead of "don't use Twitter because you might say something dumb," a better line of thought could be "don't say something dumb in any medium."

It's worth noting that Twitter has plenty of benefits for sports media types who use it well, too. From Bruce Arthur to Katie Baker to Spencer Hall, many print, radio, TV and web people have found themselves with a much larger (and much more global) audience by effectively using Twitter. There isn't necessarily a particular way that you must use it, either; Twitter can be everything from a news feed to a way to connect with sources to a way to engage readers or listeners to just a spot to make jokes, and none of that's wrong. It's an elective, opt-in service where you control not only your own tweets, but also who you follow and how you interact with them, and by and large, it's made the sports experience much better.

To his credit, Czaban reinforces in Steinberg's piece that he's not taking some kind of stand or lobbying for everyone to abandon Twitter, and he's certainly entitled to leave the site if he doesn't feel it's beneficial for him. He also makes some valid points about the dangers of Twitter, and sports media professionals in particular should keep those in mind. On Twitter, a misstep can quickly spread around the world with potentially devastating consquences. The other collected missteps above show that sports media personalities can cause themselves problems with comments in any medium, though, so while Twitter's unique characteristics certainly can add to its perils, thinking before you say anything in any forum is the safest way to go. As Czaban outlines, Twitter does carry risks, but it has plenty of positives as well. It's up to each person to decide if Twitter is really "too damn dangerous" for them, or if its benefits outweigh its perils.