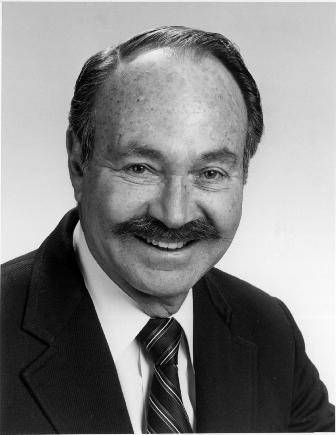 The new HBO Documentary Films production of "Glickman," premiering August 26 at 9 p.m. ET captures the essense of the man and shows how innovative he was in sports broadcasting. Some of the best testimony comes from the people who listened to him, Jerry Stiller (his reference to a certain hot dog is particularly funny), Larry King, Bob Costas and Marv Albert. In fact, Marv was one of the broadcasters who grew up listening to Glickman and based his style on Marty.

The documentary begins by chronicling Glickman's early life. He was a very good athlete who played basketball, football and ran track & field. He was so good, he qualified for the U.S. Olympic team that went to Berlin in 1936. Despite the fact that Glickman had run well enough to be on the 4×100 meter relay team, a controversial decision was made by the U.S. Olympic Committee and an assistant track to coach to replace the only two Jews on the team, Glickman and Sam Stoller with Jesse Owens and Ralph Metcalfe. This was done according to the USOC over fears that the Germans had "secret" runners for the race. it was later proven to be untrue and it was a decision that would eat at Glickman for many years.

The film then moves to Glickman's college and professional years where he earned money by recreating baseball games on the radio and then began broadcasting college basketball games at Madison Square Garden. It was during this period where Glickman invented how to broadcast basketball by pinpointing where the ball was on the court and giving the listeners the mental picture of the arena.

And when it was time for the NBA to get its first network TV contract which Glickman helped to negotiate, the league chose to bypass him in favor of broadcasters from the Midwest. This was another decision that bothered him, but Glickman continued to broadcast the Knicks and then moved to call football and the New York Giants.

During this era, home games were blacked out on TV and the only way for fans to connect with team was through the radio. Glickman called the games and as the Giants grew in popularity, so did Glickman. However, in 1972, Glickman changed teams and went to the Jets after the Giants' flagship radio station failed to sign him.

Marty also helped to launch HBO Sports and brought early-round coverage of Wimbledon to television, something unthought of at the time, but is now standard coverage on cable today.

And while Glickman's calls and creation of HBO Sports are part of his legacy, perhaps his biggest contribution was his coaching of younger broadcasters. The documentary does delve into this part of his career. CBS/TNT broadcaster Marv Albert says he tried so hard to be Marty that his early tapes sounded like a bad impression of Glickman. One person he coached was Gayle Sierens, the only woman to call an NFL game on network television, but this segment was too short. There should have been a series of broadcasters whom Glickman coached to testify on the influence he had on them.

But overall, the documentary gave us a glimpse of the man who helped to shape sports broadcasting in New York and set the bar high for future generations of broadcasters to follow. The film does have archival interviews of Glickman giving his reaction to various events in his life and also some of his calls.

The Awful Announcing grade for "Glickman" is a solid B. It is a comprehensive look at his life and career and is done well. It does not fall under the HBO Sports documentary so you do not hear the familiar tones of Liev Schreiber's narration. Even so, this is a very good effort and should not be missed.