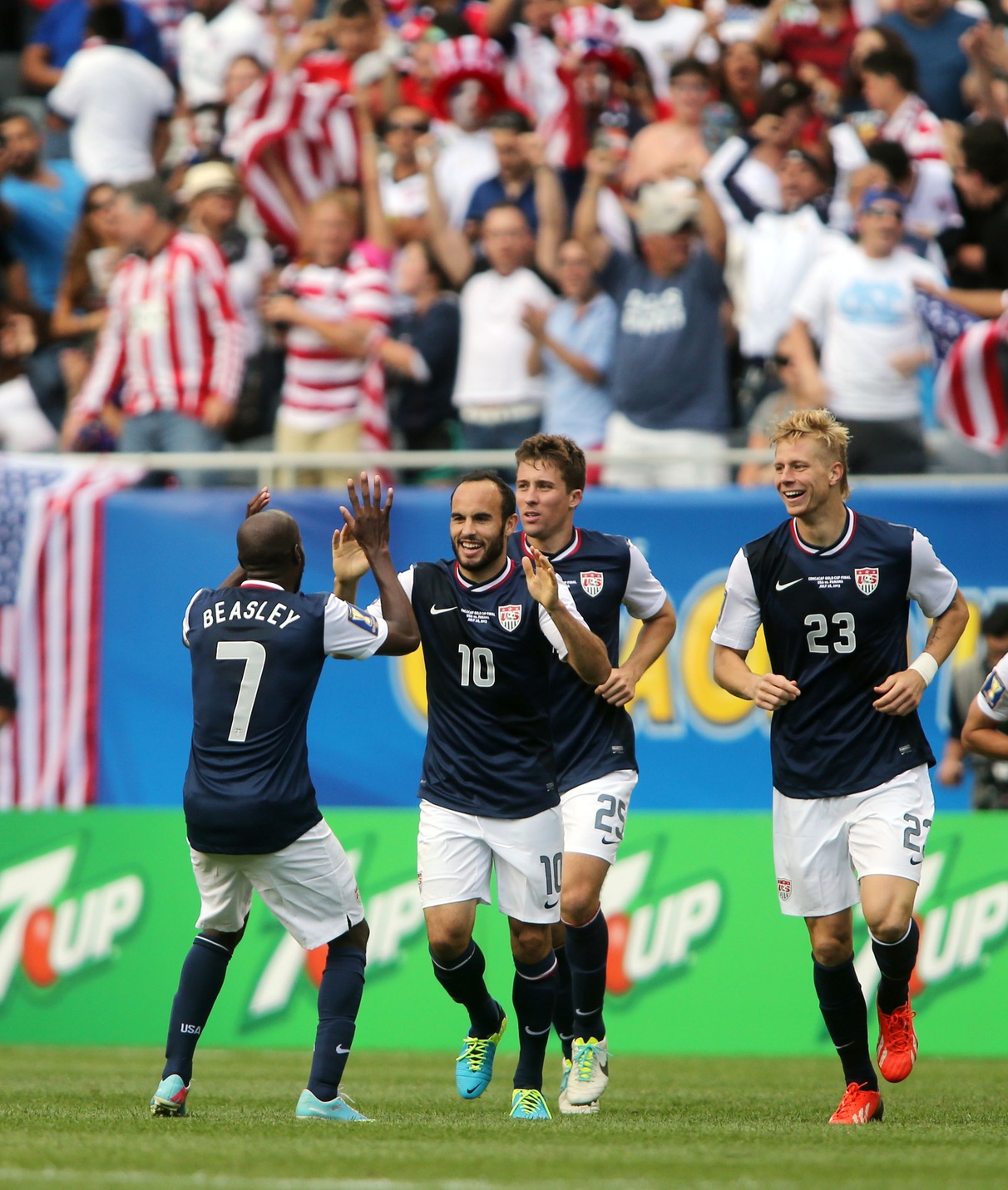 The USA beat Panama 1-0 in the Gold Cup Final in Chicago to win their first continental championship since 2007.  Even though several top players missed the tournament, viewers still showed up to watch the US Men's National Team potentially lift a trophy.  Ratings from this weekend's final on Fox were impressive.  The USA-Panama game drew a 1.7 overnight rating for Fox, making it the second highest soccer game in the network's history.  Only the 2011 Champions League Final between Barcelona and Manchester United drew a higher number.  For a network that's going to be the home of the World Cup after 2014, that's a very encouraging step.

But perhaps the most significant aspect of that rating is what the Gold Cup outdrew.  Both Fox's Saturday baseball coverage and Sunday Night Baseball on ESPN drew a 1.6 overnight rating.

We've chronicled MLB's struggles on Fox throughout the summer.  Ratings have declined even further than last year's disappointing stretch for Saturday primetime baseball on Fox.  MLB on Fox was routinely defeated by a scintillating NHL Stanley Cup Playoffs in the ratings and now they're falling behind soccer.  The 1.6 rating Fox drew this weekend was its lowest rating since May.  MLB seemingly can't create positive ratings trends unless they show Yankees-Red Sox, which says quite a bit about the struggles baseball has had in marketing the other 28 teams in the league the past several years to a nationwide audience.

Soccer fans should pump the brakes just a bit though.  While these ratings show the trends for soccer and baseball clearly heading in opposite directions, it's not like MLS is going head to head with MLB and winning weekly ratings battles.  Also, the World Series will outdraw any soccer game by a landslide.  However, this weekend does crystalize the direction each sport is headed.

Why are so many networks investing in soccer with more of the beautiful game on television than ever before?  You can't turn on a sports network without seeing a soccer game somewhere in the world.  Fox, ESPN, and NBC have all made heavy investments in the sport.  Soccer is very popular with younger audiences and growing.  An ESPN poll last year found soccer to be the second most popular sport among 12-24 year olds.  MLB was 5th, lagging behind the NFL, NBA, soccer, and college football.  The men's and women's national teams are now firmly a television draw when they are playing meaningful games.

Baseball's television audience continues to age and MLB is grasping at straws in reaching younger audiences.  (See its social media and Youtube policies.)  Unless baseball finds a way to break through with those demographics and reverse some of these ratings trends, we could be seeing many more of these headlines of soccer beating baseball in the future.

UPDATE: Final viewership numbers were 2.4 mil for the Gold Cup and 2.37 mil for Sunday Night Baseball.  An additional 2.3 mil watched the Gold Cup Final on Univision via Steve Lepore.