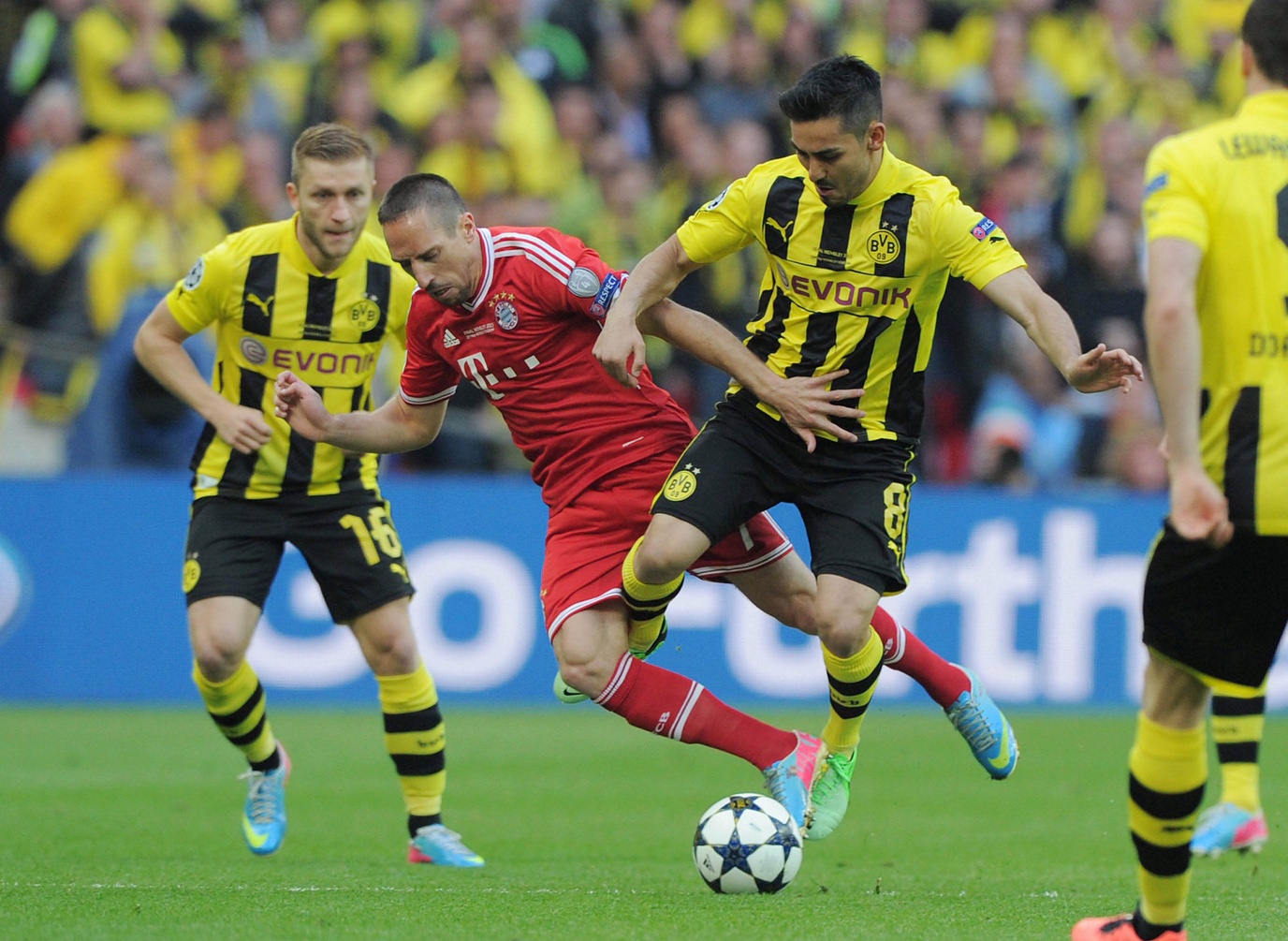 What's the most exciting domestic soccer league in the world?  Many fans would argue it's not the English Premier League or Spain's La Liga, but rather the German Bundesliga.  After several years of flying under the radar in the states, the Bundesliga had something of a breakout party in 2013 with Bayern Munich defeating Borussia Dortmund in the all-German Champions League Final.

Now after toiling in obscurity thanks to the restructuring of the American soccer landscape on television, the Bundesliga will finally have a mainstream home after a major worldwide deal with Fox that will include American TV rights for five years beginning in the 2015-2016 season.  Currently the Bundesliga airs on GolTV in the USA, which is a guaranteed sentence to a life in anonymity.  Although the network is still in existence (unlike Fox Soccer, may it rest in peace), GolTV has been shuttled off most major distributors and replaced with beIn Sport, which has snapped up rights to many other major European leagues.

With its attractive style of play and potential for major growth in an untapped American market, the Bundesliga was an attractive target for many soccer hungry networks.  It could have been an EPL alternative for ESPN, additional content for NBCSN, or another major European league for beIn.  At Fox, the Bundesliga can provide weekly soccer content at a time when the network will begin its push toward the 2018 and 2022 World Cups.  It'll provide a weekly compliment to Fox's Champions League coverage and help regain additional credibility with soccer fans with a league to cover every week.  After the dissolution of Fox Soccer, the network needed to get back into the sport on a more dedicated basis leading to their World Cup coverage and the German domestic league provides just that.

It'll be interesting to see what exactly Fox does with the Bundesliga in terms of coverage and just how much airtime will be dedicated to the league.  I doubt Fox will go all in with the Bundesliga like we've seen NBCSN do with their excellent EPL coverage.  A more realistic scenario is most of the games going on Fox Soccer Plus with a weekly game featuring the biggest teams (Bayern Munich, Dortmund, Schalke, Bayer Leverkusen) on Fox Sports 1 or 2.

One of the major questions facing Fox with this deal stateside is the lack of brand recognition with the Bundesliga.  While all of the teams are well supported and the depth of the league is strong, only Bayern Munich (basically the Yankees of the Bundesliga) can really be classified as recognizable alongside the likes of Manchester United, Barcelona, Real Madrid, etc.  Realistically, the league isn't going to be able to draw strong ratings at the outset.

Nevertheless, for the hardcore soccer fan this is great news.  The Bundesliga was the highest scoring league in Europe last season and has a ton of exciting, young players.  Furthermore, although Bayern Munich has historically been the most dominant team, the league has shown better competitive balance than England and Spain with four different champions the last seven years and seven different teams finishing in the Top 3.  The rivalry between Bayern Munich and Borussia Dortmund is one of the best things going worldwide right now, too.  Dortmund won the league in 2011 and 2012.  Bayern responded by winning the Bundesliga and Champions League titles and has added insult to injury by trying to sign Dortmund's best players, already snatching Mario Gotze and looking to add Robert Lewandowski next summer.  Nevertheless, Dortmund is still hanging tough just a point behind Bayern through the early stages of this season.

With Fox adding the Bundesliga, now the question turns to whether or not the network will make a play for MLS and US Soccer rights.  MLS and US Soccer are currently negotiating with current partners ESPN and NBC, but if Fox gets the chance expect them to jump at the opportunity to bring back more soccer to the network approaching their World Cup coverage.