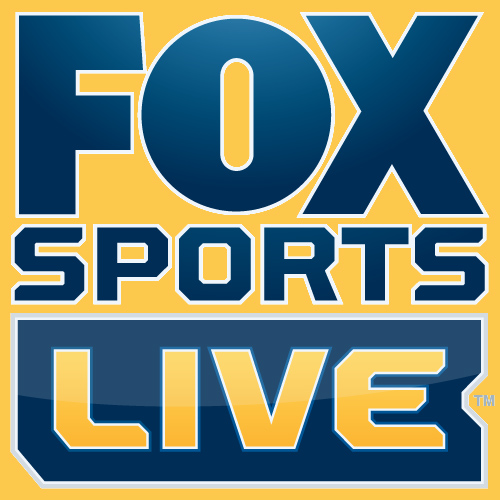 The on-air talent for Fox Sports Live has been announced, and many of the names are ones we're familiar with: Jay Onrait, Dan O'Toole, Charissa Thompson, Andy Roddick, Gary Payton, Donovan McNabb, and Ephraim Salaam.

The show, which will serve as Fox Sports 1's flagship program, will be anchored by Onrait and O'Toole, formerly of TSN. We've known that they'd be the main anchors for the program for awhile, so all today did was really confirm their role with the network. The anchors will receive breaking news and updates from Don Bell and Ryan Field, while Julie Stewart-Binks and Molly McGrath will also serve as correspondents.

The next name in the pecking order is former SportsNation host Thompson, who will be the primary host of Fox Sports Live's opinion and analysis segments. I'm sure we're all cringing at the prospect of "opinion" segments, but as long as there aren't contrived debate segments, we should be OK (hopefully). Roddick's hiring was announced in May, and he's one of four former athletes on the show's panel. Payton's TV experience is limited, but he has hosted a weekly Bay Area radio show and a weekly TSN show in Canada.

McNabb joins Fox Sports Live after a brief stint with NFL Network, and he had some moments on television and on Twitter that made us wince. It'll be interesting to see what happens with his show on NBC Sports Radio, which isn't even four months old yet. Finally, there's Salaam, whose only media experience I can really find is a recurring role on Robert Mays' Grantland podcast. (He's also appeared on CBS Sports Network and Jim Rome's show.)

On one hand, it's nice to see Fox going with a whole batch of new faces on their opinion panel to at least give us a bit of a fresh perspective as opposed to the usual overplayed opinions from the same faces you've seen time and time again. You can't build up new stars without giving new faces a chance. On the other hand, there's a pretty big opportunity for things to fall apart if the new names negatively impair the solid backbone of the show provided by Onrait, O'Toole, and Thompson. But remember, even the best athletes turned analysts were once in the same position. For every Jerry Rice that fades away quickly, there's a Jay Bilas who becomes a superstar in the broadcasting world