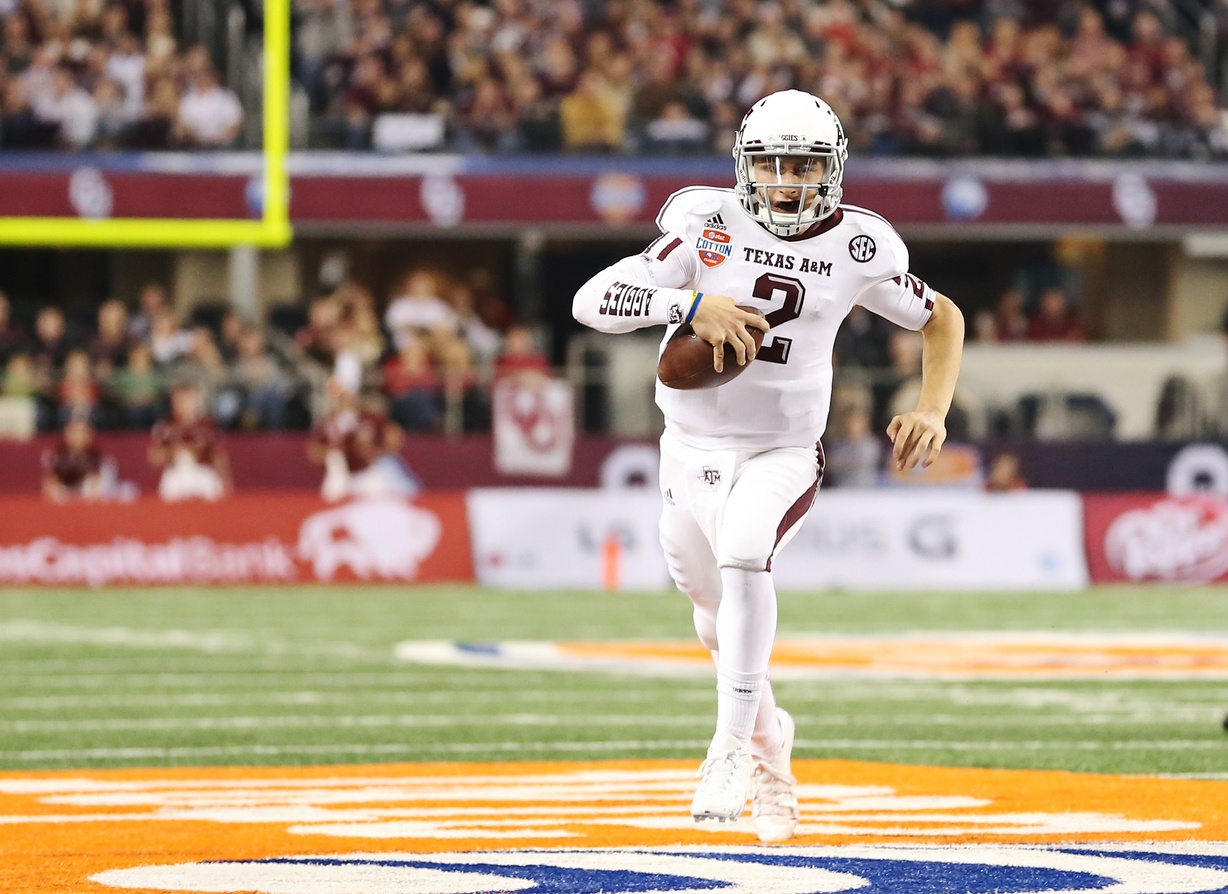 Johnny Manziel has it pretty good.  He has a Heisman Trophy.  Nationwide fame.  Enough money to sit courtside in any NBA arena in the country as often as he wants.  Personal assistants with self-appointed nicknames.  Lawyers with cowboy hats.  A successful and lucrative football career ahead of him.  Pretty much everything you could ever want and more.

And yet, that's the exact comparison made by Fox Sports columnist Jen Floyd Engel, who wrote perhaps the most detached-from-reality lede ever seen in a sports column:

"Once upon a time in this country, there were ugly, racist, tyrannical rules dictating where a black person could sit on a bus. There were all kinds of these laws, actually, created and defended by the racists who benefited from them.

What kick-started change was an average, everyday woman named Rosa Parks, who had grown tired of being tired. Hers was not the first protest, nor was it particularly the best. It was merely the tipping point for many Americans long since tired of these immoral laws."

Except… Floyd says she's not making that comparison… which begs the question why she just wrote an entire paragraph about Rosa Parks.

"On a much less historically significant scale, so it is with Johnny Football — and no, this is not intended in any way to compare the vast evil of Jim Crow to an incompetent NCAA investigation, or to slings from TV commentators."

Has this illusion ever worked?  "I'm not comparing these two things… but I'm going to throw them both at you in a totally comparative way."  I don't think so.  If Engel didn't mean to invoke the memory of Rosa Parks in her Johnny Manziel column she woudln't have done it. It's quite simple, really.

It's this kind of unnecessary leap that's so often seen in sportswriting that just doesn't have to be made.  Nobody in their right mind would think of Johnny Manziel and Rosa Parks as similar pioneers in any way, shape, or form.  But this is what the TMZization of sports produces.

One plays football.  The other is the first lady of civil rights.

Engel says at the end of her column that she uses the comparison only as a "tipping point" and backs away from her opening paragraph.  If she was so aware of the backlash that would come, why even write it?  Why is it not good enough to just say "Johnny Manziel is a tipping point" without making a ludicrous analogy that's only going to bring negative attention.

Whether it's a desire to get noticed or boost pageviews, pundits need to have the "hottest sports take."  We're all tempted to take it upon ourselves to not just cross lines of common sense, but to pour gasoline all over the line and light it on fire in a quest for relevance.

What's most disturbing isn't this warped take about Johnny Football as if he's going to lead a sit-in protest at the NCAA offices in Indianapolis, though.  It's what Engel has wrote in the past (as beautifully compiled by Deadspin's Barry Petchesky) about someone who has walked a mile in Manziel's shoes – Terrelle Pryor.

For Engel, Pryor was the exact opposite of Manziel.  Pryor was someone who was deservedly suspended by the NFL commissioner before he stepped foot in the NFL in a move that had no precedent except in the mind of the NFL's Godfather.  Pryor was a "college football terrorist."  Pryor was not someone who was leading any kind of significant social change:

"This is not to say Pryor is a bad dude. I am sure he is a fine young man who had no motivation for staying clean. Few get busted. Most who do are already in the NFL making bank.

Whatever your argument against suspending Pryor — the rules are arcane and hypocritical, athletes should be paid, the NCAA is fraudulent and obsolete — none justifies his wanton disregard for his teammates and his school or entitles him to walk away without being nicked by a mess of his creation.

Please also stop with the “he’s a catalyst for change” meme.

Real change begins with a guy willing to sacrifice for a larger principle, the guy standing in front of the tank at Tiananmen Square, not a guy trying to get the Chinese word for “Buckeye” tattooed onto his bicep for free.

No revolution ever began with “Free tattoos” as a battle cry."

So why is it that Manziel is the tipping point and not Pryor?  Is "selling autographs for money" that much more palatable a battle cry than "free tattoos?"

This is where we must face the reality that Manziel and Pryor's race and imagery has much to do with the current cultural shift against the NCAA and in favor of college athletes.  A truth that is best articulated by, yes, Jason Whitlock:

"Reggie Bush was an immoral, greedy punk who deserved to have his Heisman Trophy stripped from him because a potential agent rented his parents a new house. Cam Newton got called everything but a child of God because his father allegedly asked for extra money in his collection plate. Few outside of the Buckeye state cried when Terrelle Pryor got run out of college football because of free tattoos.

But Johnny Football and his autographs are game-changers when it comes to public perception of NCAA rules. Why?

It’s our fault. We, the media, fought harder for the expansion of the college football season and a playoff format than we did to end the sham of amateurism. We fought for our own pleasure rather than what’s right for the kids who sacrifice their bodies. Many greedy and cowardly millionaire coaches have been reluctant to speak a truth they know firsthand out of fear they might have to share their wealth.

Maybe that will change now that a good-looking white kid is in the crosshairs.

Unfortunately, it takes a victim who looks like Manziel for the masses to fully grasp unfairness."

Perhaps it's just not the NCAA that needs close examination.