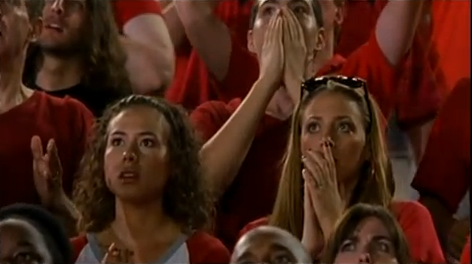 We're at a historic time for the sports media, less than a month away from the launch of Fox Sports 1 and I can't help but think how crazy all this is. Before I share some thoughts on the launch, I wanted to tip my hat to Fox for sacking up and green lighting not only FS1 but a whole reshuffling of valuable cable assets. Clearly they don't subscribe to the "if it ain't broke, don't fix it" philosophy as nearly the entire portfolio of Fox cable assets are getting a makeover. It's one not necessitated out of a losing game plan but rather an ambition to be more focused, fragmented, and clearly branded. This is going against the trend of the cable universe where channels will chase ratings in any direction and suddenly there isn't much learning on TLC, history on the History channel, and almost no music on MTV.

But let's not give too much credit there. Fox would have never cashed in their cable chips if FS1 wasn't viable and that's where the real genius is. Over the past 2-3 years Fox got their hands on whatever sports right they could, sometimes in cahoots with ESPN, who was more fearful of Comcast's NBC Sports Network winning sports rights deals. This was all done under the guise that rights would be spread around Fox, FX, Fox Soccer, Speed, and Fuel. When the smoke cleared, enough live programming hours were stashed away where suddenly the FS1 concept was viable and maybe even a FS2.

I talk about FS1 from time to time with my friends and family and I recently told Deadspin's John Koblin that I enjoy this focus group free of the industry and social media bubble that often finds a consensus opinion that doesn't spill over to the mainstream. I share this with you because from what I can tell the average sports fan is in the dark about FS1. The bad news for Fox is that I typically have to say some version of "Yes FS1 is Fox's ESPN competitor launching in August." The good news is that the reaction is "Oh cool. I'm soooooooo sick of ESPN."

A couple weeks ago I tried to highlight the "sick of ESPN" sentiment as I made the case that the habitual viewing of SportsCenter that we developed over time should be brought into question. This drew a response from ESPN who made the case that their current direction was validated by ratings. Part of my response to ESPN is below and I think was validated in the recent news that SportsCenter and ESPN ratings are on the decline, something we'll have more analysis on in the days to come.

"I know John Skipper uses the concentric circles analogy to describe the current direction of ESPN (BTW, from a PR standpoint I find Skipper to be quite polished and savvy). While SportsCenter and ESPN's content direction seems to be making inroads with a new outer circle of fans and thus the ratings boost that validate that direction, I am confident research will show that the inner circles have grown weary and ESPN is suffering some viewer loss as they become disenfranchised. As the sports media vertical continues to evolve and the marketplace offers more alternatives, I'm strongly of the opinion that from a reputation as well as ratings/business standpoint, the current direction being employed by ESPN will prove to be short sighted."

I go on this tangent because of the wishful thinking about FS1. That in all of the areas that ESPN has fallen short or made a wrong turn, somehow FS1 made a careful note of it and will right that wrong when they do things. As if the whole motivation to launch FS1 is not to make money but rather show the world and ESPN specifically "Whatever you can do, I can do better. I can do anything better than you."

Some of that wishful thinking is nurtured by Fox as who wouldn't embrace the disgruntled misgivings by consumers over a competitor with a near monopoly over the space. It's as if ESPN is this horrible relationship we are getting out of and we're just trying to fall head over heels with the next person we go on a date with and are just gawking at a Facebook profile of a fixup and planning a future together.

But will FS1 actually be any better?

Nobody knows but I would say it's unlikely and that the high expectations don't help.

People welcomed NBC Sports Network like some type of liberating army at first and since then, it's been mainly crickets. NBC Sports Network even had the benefit of having operated as a sports/outdoor channel with legacy programming, talent deals, existing shows, advertisers, etc and it didn't help one iota.

Come August 17th and the weeks to follow, FS1 will roll out a portfolio of new shows and personalities, all of which will no doubt will be judged on the grade scale of "worse than ESPN" or "better than ESPN."

It's crazy to me to think that our wishful thinking has lifted expectations to a place where we're collectively "so sick of ESPN" that we're expecting the latter.

These are teams or on air personalities, producers, production people, etc, that are working together for the first time in a frenzy for their first impression with America. They've plucked people from ESPN, NFL Network, TSN, and all over the map and are now tasked to hit the ground running with a short window to be ready for a very public debut with an audience that has 20-30 years of ESPN history as a benchmark to judge their efforts against.

There are certainly a lot feathers in the cap of Fox Sports who burst onto the scene with best in class NFL coverage upon acquiring the television rights to the NFC. But they've fallen to the back of the pack there and I think you'd be hard pressed to find baseball fans who favor Fox's coverage more than ESPN or even MLB Network. Although I haven't taken in too much soccer on Fox, the social media chatter on the Gus Johnson experiment has not been too kind either so far.

Fox's initial foray into covering college football was a bit ugly and while the actual game production has improved in their second go around, the pre game show certainly has a long long way to go catch up to the competition and made the controversial hire of Clay Travis.

My point is not to harp on Fox's shortcomings spanning a generally positive presence as a sports company, but to point out that the romanticized high expectations are likely unrealistic. August 17th is more likely to resemble a Jon Taffer stress test than the answer and alternative to ESPN's shortcomings that we've all yearned for.

Unfortunately though, first impressions are pretty much all we get in today's society. Did you ever go back to that restaurant with shitty service and crummy food? How about a second date for that girl who kept saying "obvi" and "duh" to all your questions and spent the majority of the evening pitching you on her pajamas for cats business. Ever watched a series premier, not like it and then decide "Well hey, I'm going to give this show 5 more episodes just cause I'm feeling magnanimous." Note: as I type this, I brim with anger that I still watch Treme and The Newsroom.

When I'm introduced to a new person at a social event the clock is ticking. You have 90 seconds to 5 minutes to be funny, smart, and/or entertaining. If none of those attributes present itself, well then I'm going to say I need to get a drink or have to go to the bathroom, but really I'm getting away from you and likely I won't be coming back for more. Television is the same. We don't give the benefit of the doubt to anyone. There are too many channels, things on the DVR, and options on Hulu, iTunes, Vudu, etc.

Think about your favorite television shows for a second. I didn't watch the first episode of Seinfeld, The Wire, Sopranos, or Breaking Bad. I hopped on later. It takes quite a lot for us to adopt new programs and new alternatives.

While sports is certainly different and FS1 will likely have people jumping off and hopping on their entire first year, this upcoming launch while exciting, is not this transcending milestone in sports media.

Did anything really change when Versus was rebranded to NBC Sports Network? No.

The upcoming launch of FS1 will more than likely leave us wanting more, realizing ESPN did a pretty standup job for the most part, and signal the start of a decade long process to build consumer awareness, find the network's voice, key areas of differentiation, and wage ratings trench warfare with Bristol.

Monopolies and viewing habits refined over decades don't get toppled overnight and it's crazy to think that the answer to all of our beefs with ESPN will suddenly be answered by Fox. In some areas they'll beat expectations, in others they'll fall well short. At least they're trying though and at a very least I can embrace the ambition to embark on what will likely be a bumpy yet exciting ride.

Let's be realistic in our expectations as ESPN's shortcomings won't likely be addressed in one single swoop by one competitor but by a constant pecking of a dozen or so competitors over the span of a decade. FS1's launch will certainly provide pressure and alternatives but it's not going to fix everything right away.