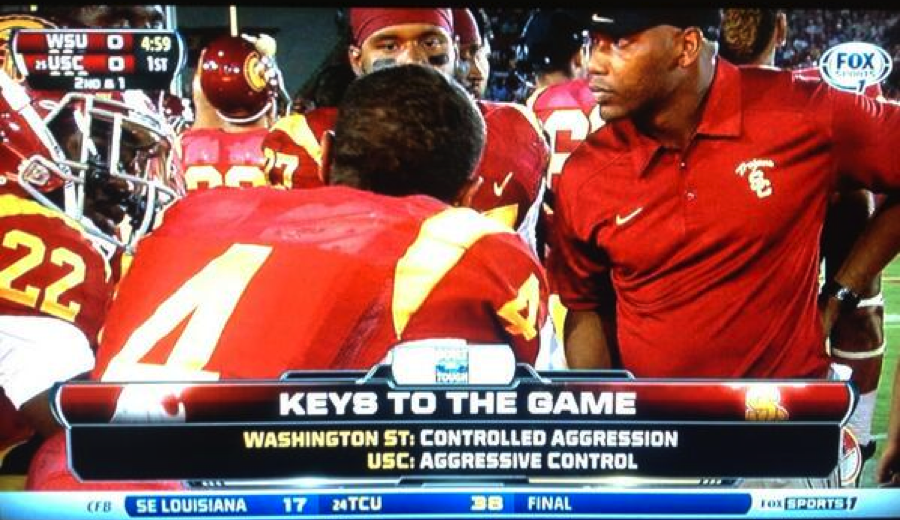 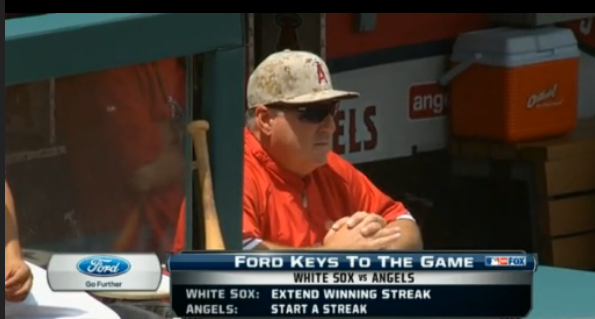 Fox is extending their reputation for odd "Keys To The Game" to college football.

To Fox's credit, their college football coverage has come a long ways since the debacle of their 3 year reign of terror over the BCS bowls. What used to be an excruciating experience, college football on FOX has elevated their game over the past couple of years to get into the same punching class as their peers.

That said, I've begin to notice a pattern of overly cute, overly broad, non insightful, and forcibly cheeky "Keys To The Game." After doing some research, this seems to piggyback off of a similar style of non helpful "Keys To The Game" in MLB broadcasts.

Was it just bad luck that whenever I tune into watch a game on Fox that the Keys To The Game literally make no sense at all? Or was this just the normal FOX doing something different just to be different because they'd rather die being different than live doing a bad impression of ESPN? Below we've compiled some screenshots of various games over the past couple of years of what typically is a pretty straight forward feature. 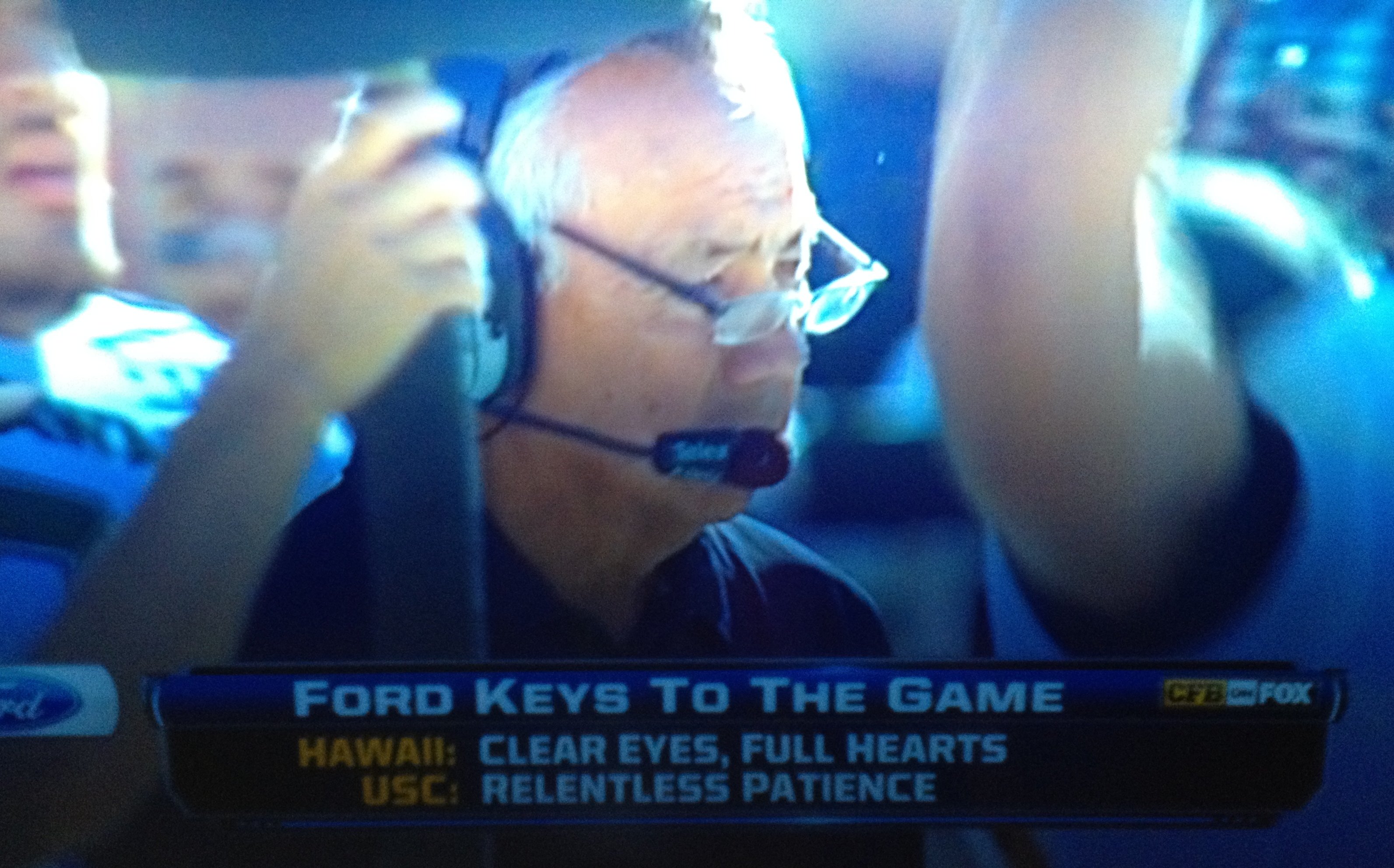 I don't' even now which one of these makes less sense. Relentless Patience should be the name of a parenting book and not a "Key To The Game." 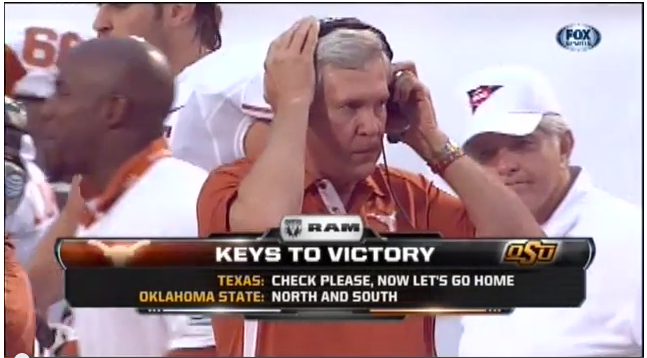 I can potentially surmise what "North and South" is but as for "Check Please, Now Let's Go Home" totally lost. It's not like people watch games on secondary muted TV's or at a bar where these are not explained or anything! 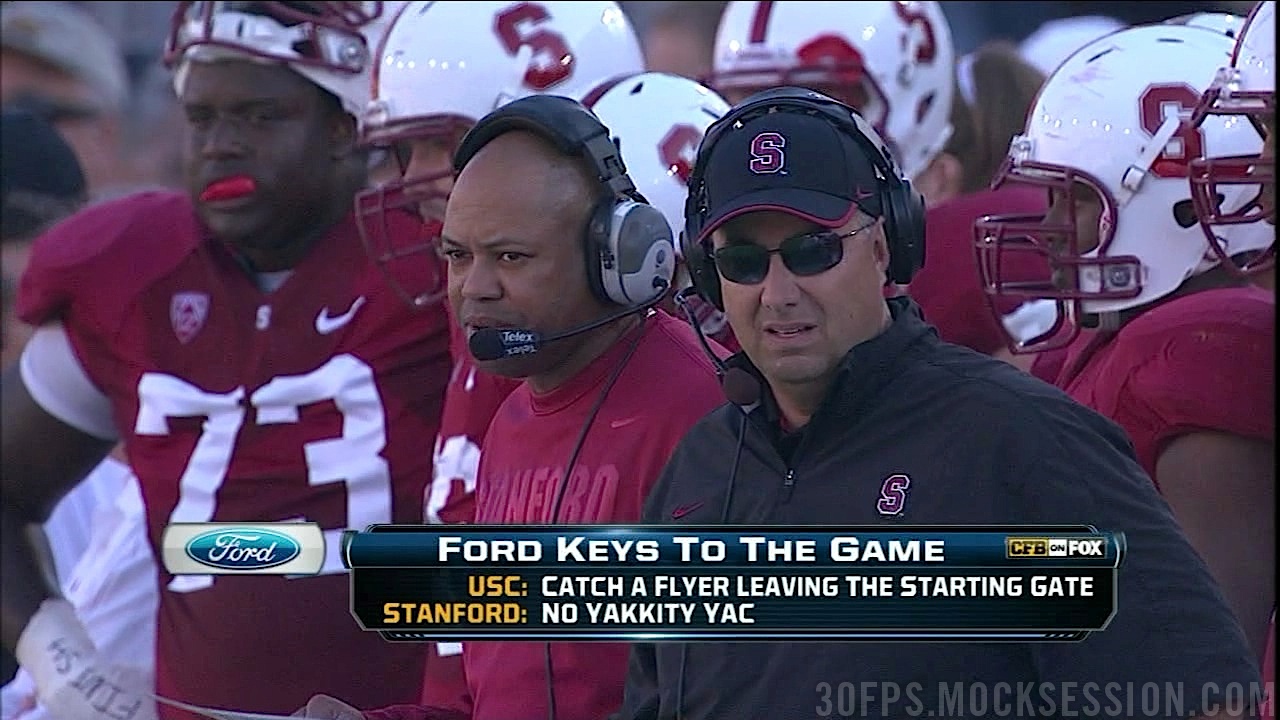 The YAC thing is fine. I know what that is. It's an actual football term that is a measurable stat that I can watch for. As for "Catch A Flyer Leaving The Starting Gate" no idea but it sounds critical to winning this game. 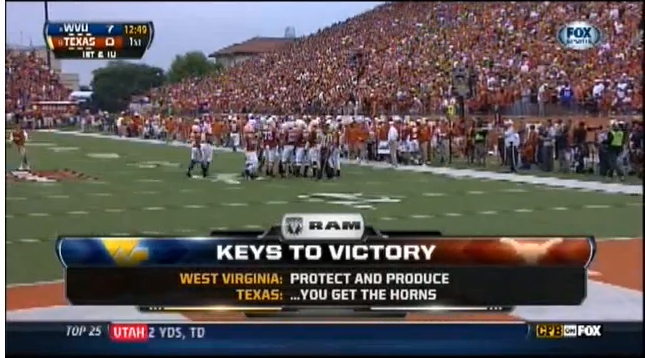 But I don't want the horns. I wanted KEYS TO VICTORY! 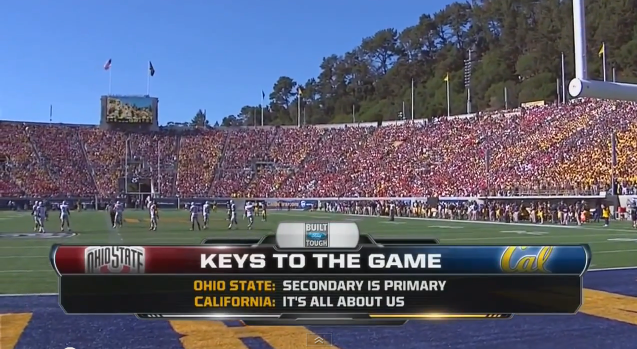 If you added an "A" to the end of Cal's key to victory, it could be a terrible campaign slogan. 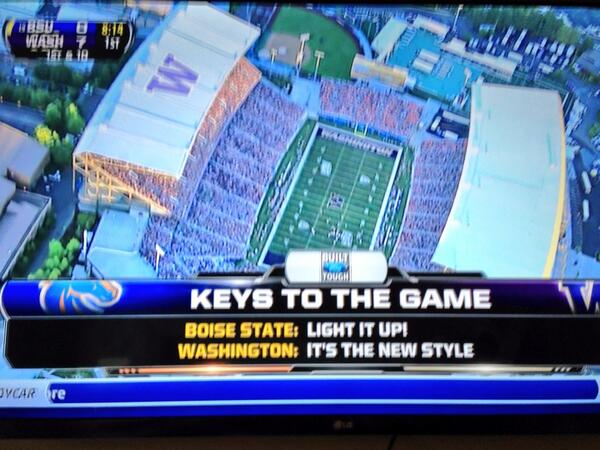 I hate to be an old fart, but I don't know if I like exclamation marks here. Also "It's the new style" should probably never be used for a feature like this because it's a random statement that one would use in jest when explaining why one decided to go out in public in a polo short and mesh shorts. 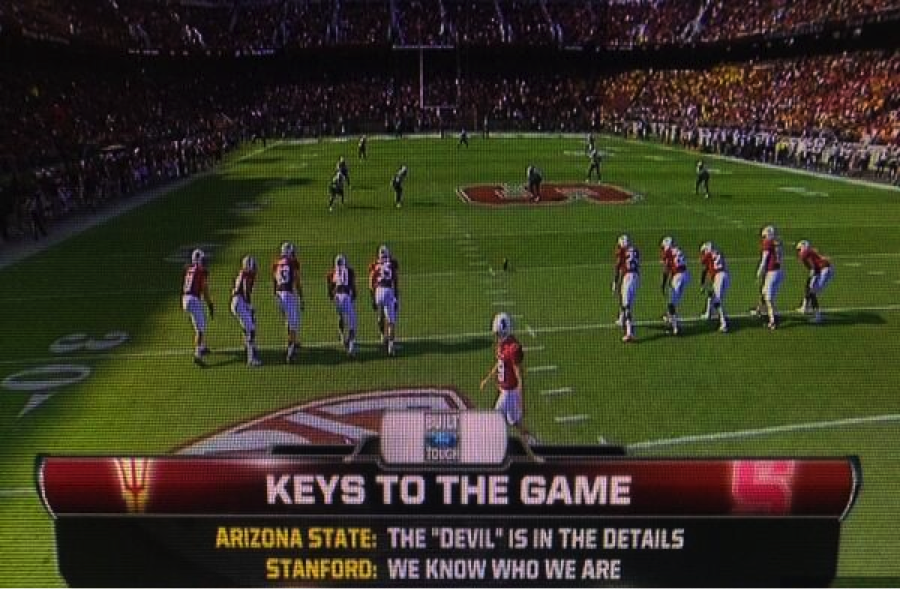 This is literally no help to me whatsoever.

Given WSU won this game, we all now know controlled aggression > aggressive control. Good to know!

In the end, "Keys To The Game" are a bit of a stale format. Winning games really always comes down to a couple of things out of the usual suspects of turnovers, red zone conversion, stopping the run, third down conversion, etc. Repeating the same things isn't in Fox's wheelhouse of "fun" but at the end of the day, people like getting a little cheat sheet on things to keep an eye on. That's why it's a popular format for previews.

It's definitely a tough feature to do considering the space on the screen is less than half a tweet for each team. That being said, I don't know who these appeal to and why they've opted to go in such a weird direction. Given it's a sponsored segment, and one not going anyway anytime soon, I'm hoping Fox will get a little more granular going forward as college football fans are engaged enough to comprehend information more descriptive than random words and sayings behing thrown together.