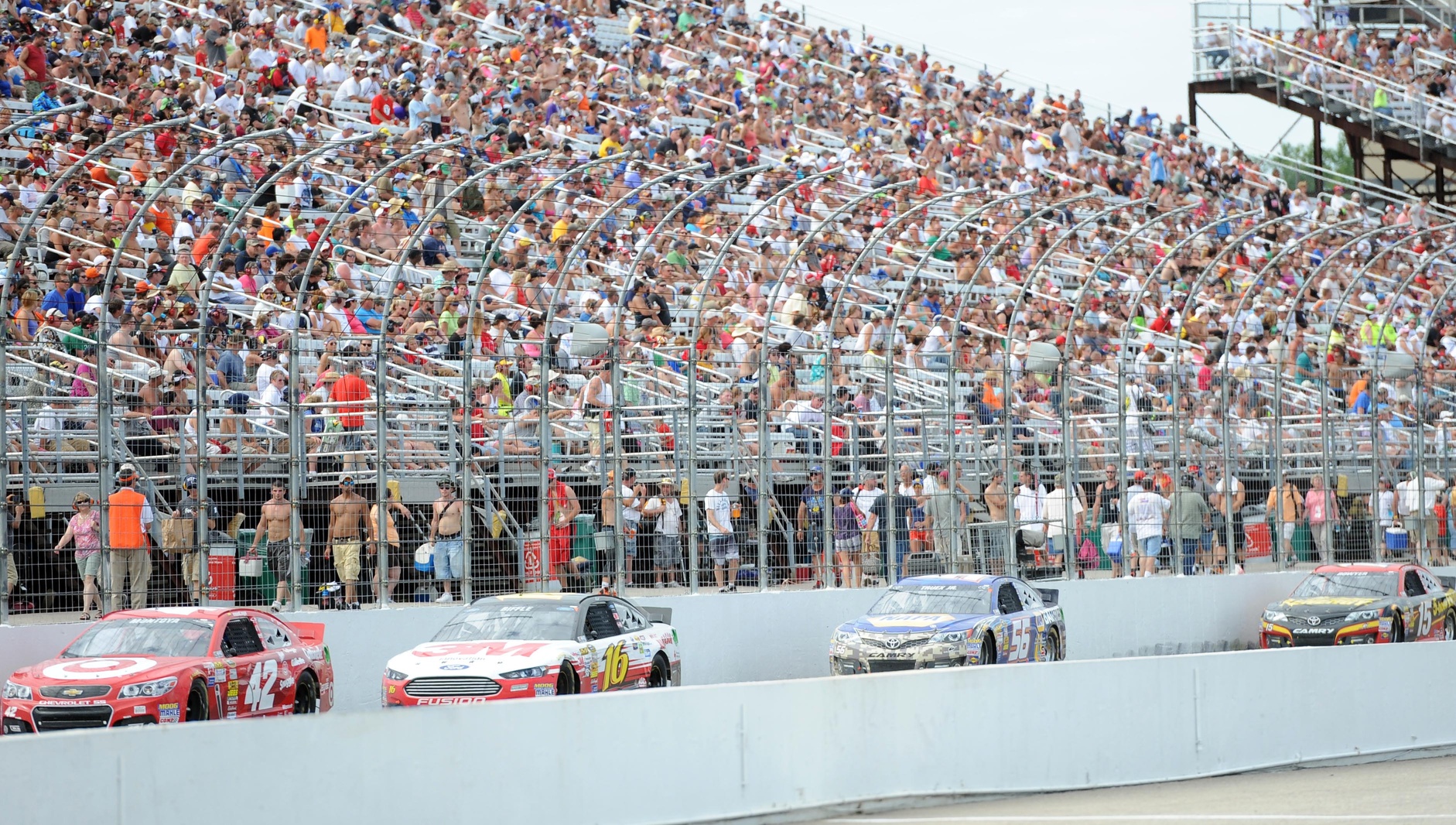 Much was made of the news that NBC had won back the rights to the last half of the NASCAR season from Turner Sports and ESPN.  Here was valuable live sports inventory for NBC and NBCSN and a guarantee of increased ratings over what they currently have scheduled for the fall.  Sure NBC had to cough over a huge amount of cash for the deal, but by all accounts it was one the peacock more or less needed to strike with few properties up for bidding in the near future.

Lost in the news of NBC's victory came reports of their astounding lack of competition from those incumbents, though.  ESPN and Turner didn't even bother bidding to keep hold of their NASCAR rights.  Now comes a report from SBJ that those companies are looking to get out of the sport entirely next year instead of broadcasting a lame duck season before Fox and NBC take over in 2015:

"ESPN and Turner Sports are talking with NASCAR about getting out of their broadcast rights agreement a year early, a move that could allow Fox Sports and NBC Sports Group to become the sport’s broadcasters next year.

It’s unlikely that the four TV companies will be able to reach a deal, sources say. But the fact that these types of talks are occurring is precedent-setting in an industry where live sports rights are held sacred. For at least the past decade, no rights holder has exited a major media agreement with a property early."

Why would ESPN and Turner want out of their contract a year early?  NASCAR's ratings have been trending downward, but the sport still brings really good television numbers compared to everyone but the NFL on a weekly basis.  Remember those ESPN layoffs from a few months back?  In what may be the most interesting news to come out of this surprising turn of events, ESPN reportedly wants out of the sport early in a cost-cutting measure:

"ESPN has had financial pressures in some areas over the last year, causing it to lay off staff and look for ways to reduce expenses. By unloading NASCAR rights in 2014, ESPN would be able to eliminate production costs and shed its roughly $270 million annual rights fee.

NASCAR-related production costs are a concern for ESPN executives, particularly during the first half of the season when ESPN has rights only to the Nationwide Series.

Between February and July, ESPN spends a lot of money to bring production equipment and crews to 14 tracks for the Nationwide Series. From late July to November, it has the rights to broadcast Sprint Cup races, which typically take place the same weekend and at the same venue as Nationwide races. In the latter half of the year, ESPN can spread its production expenses across two races. For the first half, it spends the same amount on a single Nationwide race, and has had trouble balancing its books off that.

ESPN also has experienced a difficult ad sales environment around NASCAR, according to sources at the company. Next year promises to be especially tough for a lame-duck rights holder incapable of offering multiyear advertising deals around the sport."

This is such a unique story with implications aplenty.  The core of the new NASCAR deals with Fox and NBC are the majority of races on their young cable networks – Fox Sports 1 and NBCSN.  Both would love to get their hands on that valuable NASCAR inventory and audience numbers beginning next year.  Even Nationwide races draw ratings that either network would crawl through a field of barbed wire for – the debut race at Mid-Ohio last week drew a 0.9 rating and 1.3 million viewers.  FS1 will air a combined 21 Cup and Nationwide races.  NBCSN will air 28.

But at the same time… one wonders whether or not NBC and Fox will want to sit back and watch Turner and especially ESPN squirm.  If ESPN is looking to cut costs and get out from underneath the weight of their NASCAR deal, why give your direct competition a lifeline?  The inherent risk there for Fox and NBC is Turner and ESPN giving a substandard effort to promoting NASCAR and thus leaving the sport on weaker footing heading into its new TV contracts.

And speaking of that, is ESPN wanting to get out of the sport a sign of the commitment to come when they do stop televising races?  Will NASCAR be relegated to NHL terriotry on ESPN?  Is ESPN actively running away from any coverage of the sport?  For that matter, does this signal real financial constraints at ESPN that may restrict them from gathering as many live sports rights as they have in the past?

With all these questions and potential ramifications, the fate of NASCAR's 2014 media rights are certainly worth following.