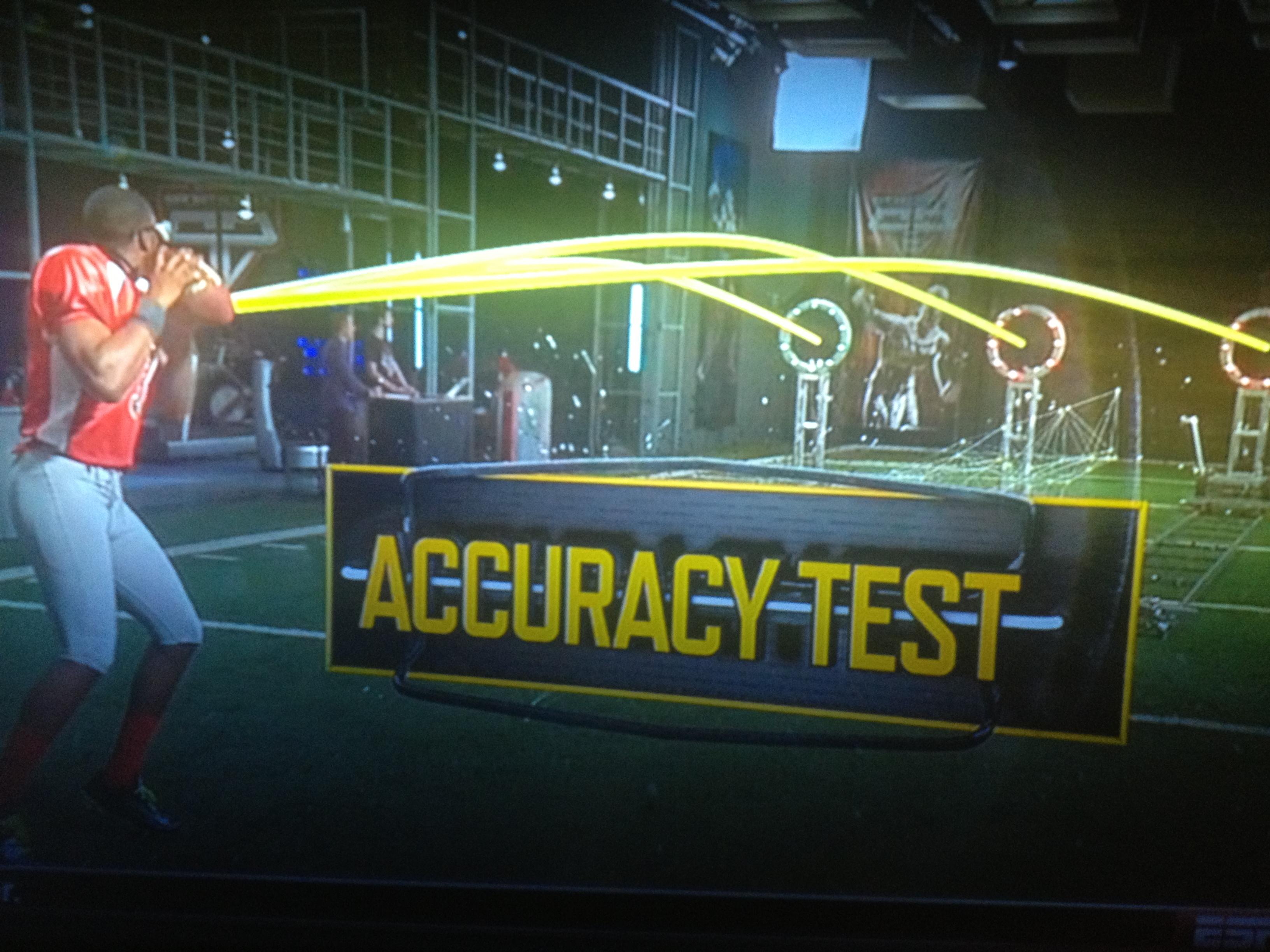 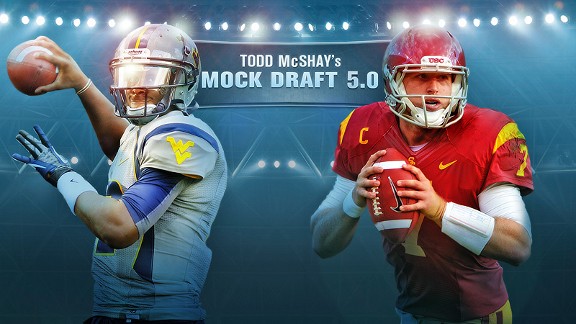 This was supposed to be the year. At the ripe old age of 30, the stars had lined up for me not to give a shit about the NFL Draft.

My alma mater, Ohio State, doesn't have a huge pool of prospects that I want to follow for their draft day narratives.

My pro team, the 49ers, don't really need much help in the draft. In fact, their first round pick from last year, A.J. Jenkins, probably did less than Tim Tebow did for the Jets. In fact he did. 0 catches, 0 yards.

My baseball team, the A's, are actually good (fingers crossed). Usually they're not good until later in the season, so for the first time in a long time, I'm watching mid-April baseball with some intensity.

On top of all that, my personal life is basically the standard montage of someone getting their shit together at about 75 minutes into a movie (Seth Rogan in Knocked Up, Jeff Bridges in Crazy Heart, or basically this and that's Ben Koo Version 3.1).

This year, on my own accord, the NFL Draft was not going to commandeer up to 10-15 hours of my time.

And then it happened.

While eating a late lunch, I flipped to NFL Live for what was going to be a 5-10 minute break in my day. I ended up watching the full hour. Fast forward a week later and I'm counting down the days to the draft.

Part of me is dejected similar to a smoker or drinker who planned to make a lifestyle change and failed miserably. The other part of me is just in awe how ESPN put a few subtle hooks out there, I nibbled on a couple of them and next thing you know ESPN has one more shiny 18-34 year old male dangling for sale to advertisers (and yes I am aware and even partial to NFL Network's coverage, but I'll be focusing on ESPN).

Now let's start with the challenge at hand for this year's draft. It's likely ESPN and NFL Network will see draft ratings dip. Essentially Andrew Luck and RG3 > Luke Joeckel and Sharrif Floyd. Last year the Colts pushing Peyton Manning out the door and the Redskins pushing all in to get RG3 served as amazing promotional elements for the draft.

No way around it, this year's first round class is just not that sexy. If you went into a sports bar and asked the guys around you their thoughts on Luke Joeckel, you'd get more puzzled looks than anything else.

The quarterback class is extremely thin at the top and the average NFL fan probably hasn't seen or heard much of many of the 32 guys who will go in the first round.

With all that said, ESPN is actually doing a good job capitalizing on the uncertainty and lack of star power surrounding this year's draft class. The first narrative they're selling is "WHERE WILL GENO SMITH GO?" 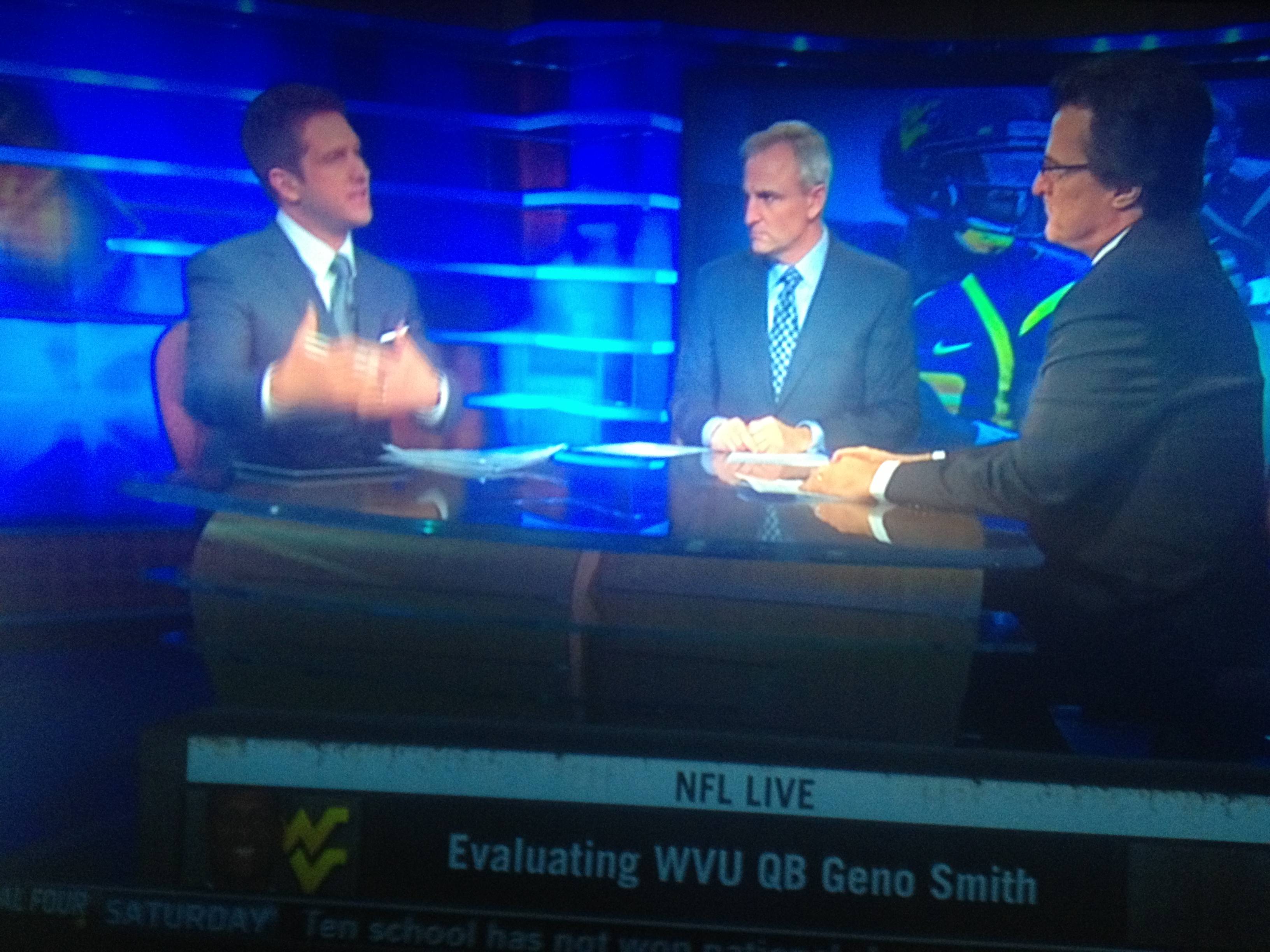 McShay (who LOVES talking with his hands) doesn't have Smith going in the first round.

His counterpart, Mel Kiper, has him going 4th overall. TALK ABOUT A WIDE RANGE OF OPINION THAT'S PERFECT FOR A DEBATE!

The Geno Smith question is one of ESPN's biggest draft hooks this year and the network has ramped up their arsenal of pundits to give a thumbs up or thumbs down on any QB prospect. They have also refined and extended the conversation about the position as a whole. Case in point,  the first 25 minutes of the NFL Live episode that sucked me into a wormhole of draft coverage exclusively talked about quarterbacks.

The second hook ESPN has is Kiper and McShay. Not individually, but as an odd couple disagreeing on whatever platform discussing any prospect they want. "Well Mel, my guys tell me that he's not a punter worth drafting, and you're CRAZY to think otherwise!" Score one for #TeamMcShay!

We're not big fans of ESPN's "Embrace Debate" strategy, but for the draft it works. Kiper and McShay honestly disagree on draft stocks and it's usually interesting television for fans sucked into the draft. At least more interesting than whether or not LeBron James plays in meaningless NBA regular season games.

If only we didn't need talking heads and evaluating prospects was a science.

Enter another hook for the draft – ESPN's Sports Science, a regular segment that is high on hyperbole and idiotic tests and experiments that have little overlap with any real sport.

On the heels of ESPN getting a lot of mileage out of Russell Wilson's plight before, during, and after the draft, ESPN needs a nice batch of middle tier quarterbacks to hold our attention for days two and three of the draft.

Manuel comes from a power school and had some flashes of brilliance last year and may fall at a similar spot to Wilson. He's athletic and the NFL is in a state of change with read options and pistols and Tim Tebow and that mesmerizing Wildcat. Could he be that diamond in the rough?

The science says yes (below) and now that it's scientifically clear how underrated he is, we need to pay close attention to who will be the really smart team who drafts him and all the idiot teams who don't. 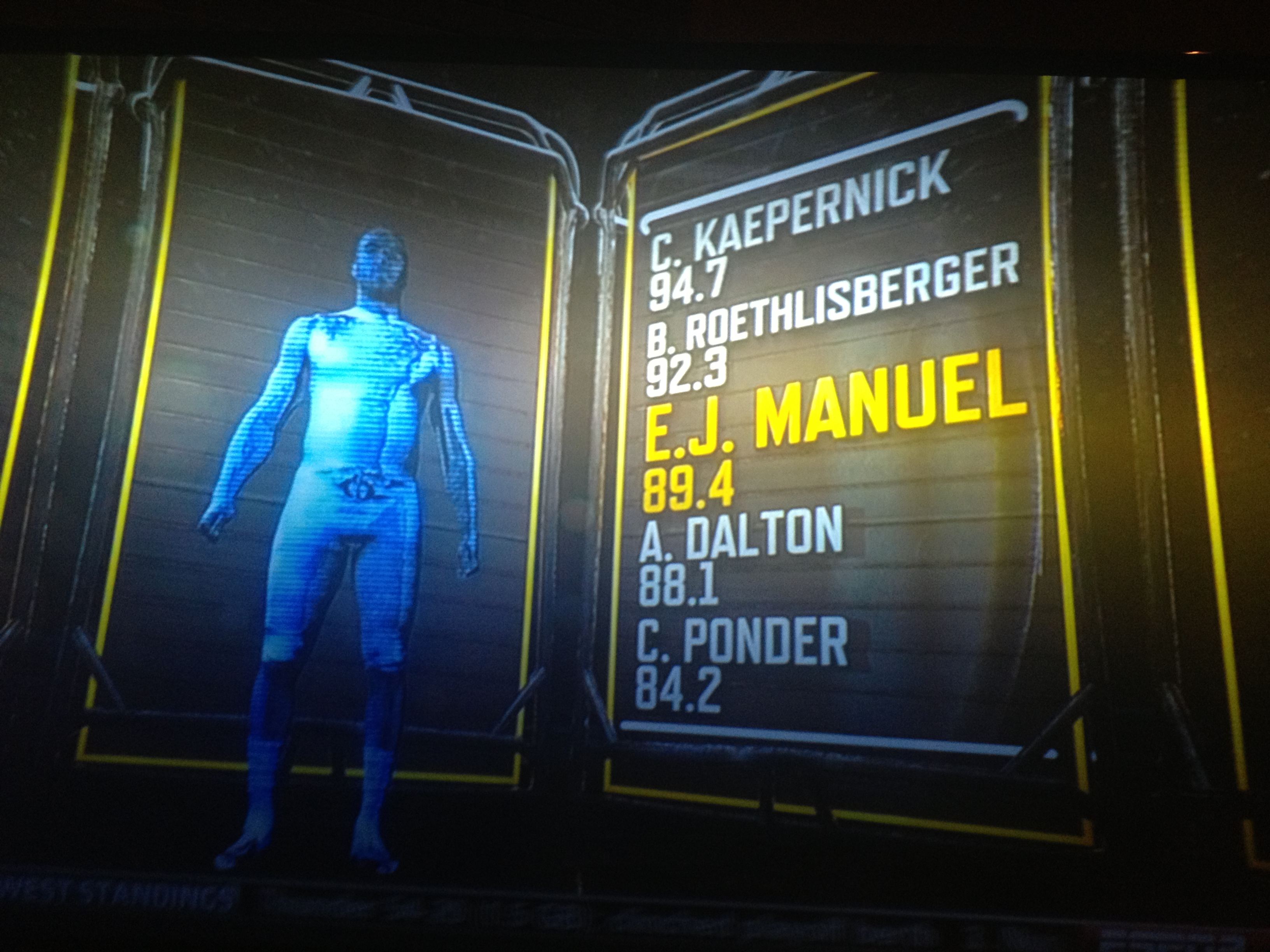 ESPN then brings in the closer in Jon Gruden. He's a character and it's a bit of a shtick, but for the most part he's entertaining and his football knowledge is pretty extensive.

I actually prefer Gruding doing Gruden's QB Camp and the draft buildup opposed to Monday Night Football as he seems to thrive in a smaller setting in the modest sized man cave of whiteboards and big screens. if you share my enthusiasm for what "Spider 2 Y Banana" is, I'll give you a first bump and buy you a drink.

ESPN teases morsels of Gruden being Gruden either yucking it up with NFL prospects or scaring the bejesus out of them looking at film from some of their more questionable moments on the field. It just takes 30 seconds or so before a mental note is made to DVR all of the Gruden QB Camp episodes. Actually check that, screw the mental note, I can just set my DVR now.

So here I am a week later consuming an hour of Gruden a day and it's great television. I played football, I loved film, I loved chalk talk, and I love seeing how players react to his personality. Gruden and a prospect for thirty minutes is better television than the combine or any other draft preview coverage.

Meanwhile I'm now thirsting for the draft, the draft I wasn't supposed to give a shit about. Girls, dogs, baseball, good weather, healthy living, and all that stuff can wait.

I need to soak in the excess speculation, highlight reels, arguments, fancy suits, and analysis the draft offers. I need to be the Nate Silver of NFL Draft prospects to my group of friends who couldn't care less about what these guys did in college. That's where the genius lies with ESPN's draft lead-up and draft coverage. With gambling and fantasy football, understanding the impact of the rookie class is paramount for many. You don't want to be the guy who trashes Russell Wilson and sings the praises of JaMarcus Russell.

In addition to that, the draft can be fun sometimes… like in this clip below.

Ultimately, America is football obsessed and ESPN has extended that obsession into the offseason and the draft. It's no longer the annual player selection meeting. It's an event. Some of ESPN's best work has been elevating the draft over the years to where it is today. I thought I could fight its appeal and get the cliff notes after the fact, but alas the gravitational pull is just too strong.

As I look into the future, I wonder what this picture will look like in ten years. Wife? Kids? Hoverboard? Unfortunately even with those in my life, I'll likely be counting down the days to the 2023 NFL Draft regardless of any logical reason that makes the event must see TV. My future ridiculously hot wife is not thrilled about it either, ESPN.