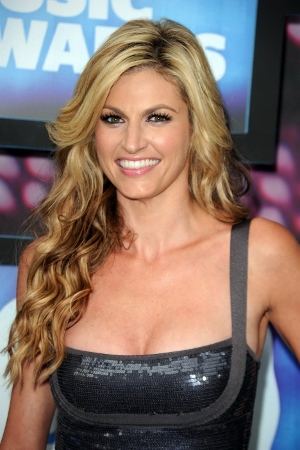 We don't touch on New York Post media writer Phil Mushnick too much because the man simply hates everything.  It's hard to classify him as a professional troll because it's not like he's doing this gimmick for pageviews or Nielsen ratings points.  It's not as if he stumbled into something that made him a lightning rod.  He's just a curmudgeon who hates everything.  It's who he is.

One of his longtime targets has been Erin Andrews.  EA has been criticized by Mushnick over the years because of how her looks are incorporated into her job and how she can't be a serious journalist because of it.  In a recent column imagining a curmudgeonly conversation with former NY Post curmudgeon Dick Young about the sanctity of baseball (a favorite topic amongst curmudgeons), he included this snipe at Andrews at the end of the column:

"Now I get it. Judging from her latest publicity shots, Erin Andrews, first with ESPN, now with Fox, still wants to be regarded as a serious journalist — who dresses like a casino cocktail waitress."

That's just unnecessary.  Casino cocktail waitresses are people too.  Bob's Blitz has a photo and Vine of the publicity shots from EA with Fox that appear quite normal. 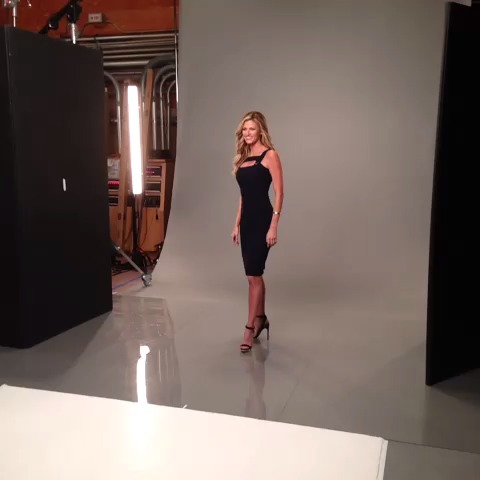 You see, Mushnick is a bit obsessed with Andrews' wardrobe.  Earlier this year, this is what Mushnick wrote about one of EA's outfits…

"Here’s the deal, Erin Andrews: Drooling, tweet-twisted males will cease objectifying you as a sexual object, and perhaps even regard you as a serious broadcast journalist — as you’ve insisted all folks should — if you provide some evidence that you wish to be regarded as one.

While with ESPN, Andrews was the victim of a horrifying, highly publicized crime: A man covertly videotaped her while she was in her hotel room. He was convicted, sentenced. Good.

But since that episode, Andrews’ sincerity in being regarded as a serious TV journalist — and her choice to be a spokesperson against the objectification of women — has been betrayed by her own choices and professional behavior."

And from 2010, another crack at Andrews not being a "serious journalist"…

"In the days following the appearance of those surreptitious hotel room videos, ESPN aggressively characterized Erin Andrews as a serious broadcast journalist who was a sexually objectified victim of a horrible crime. Then came that GQ photo spread, then "Dancing With the Stars."

Ya think, if ESPN knew what was coming, it would have left out the "serious journalist" part?"

Thankfully for Mushnick and his obsession over EA's clothes, he doesn't work for ESPN and his name isn't Tony Kornheiser.

The TV industry gets plenty of deserved criticism for prejudice about attractiveness, especially when it comes to women in sports.  It should run both ways though.  Maybe I missed it, but I don't recall Erin Andrews dressing provocatively to draw viewers to the Fox college football pregame show last year.  Like anyone else, people should fairly judge EA because of her abilities as a host and reporter, not because of what she's wearing or her looks.

I hope this isn't news to anyone living after Colonial times, but Erin Andrews, Michelle Beadle, Sam Ponder and others shouldn't have to wear long sleeves and dresses down to the ankles to be taken seriously.