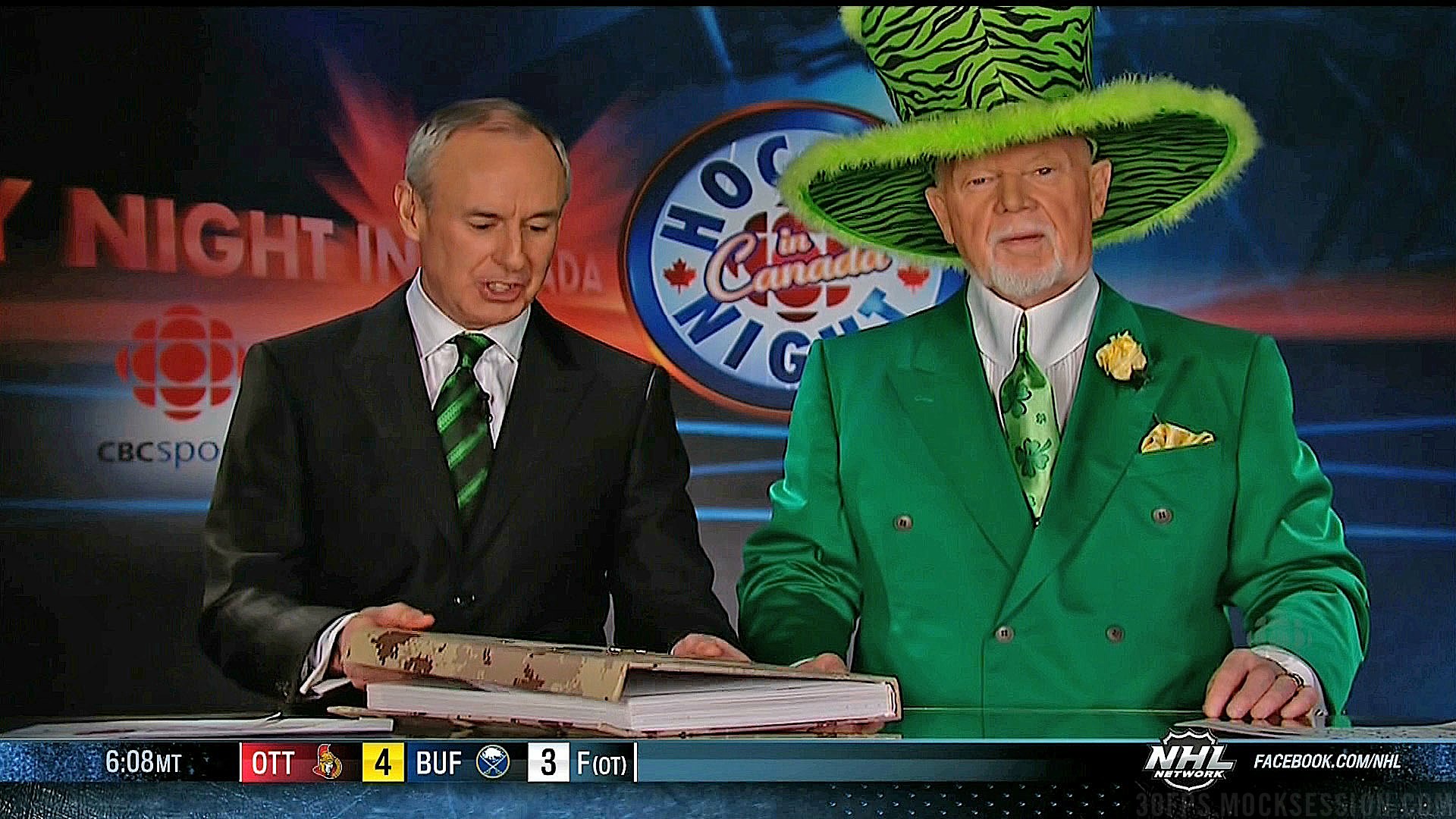 After sitting out Vancouver and London, CBC will return to broadcasting the next two Olympic Games, starting with this February in Sochi. As one of the few nations where the Winter Olympics is more popular than the Summer Olympics, the Sochi Games are a huge event for CBC, and they're bringing out all of their big guns to Russia.

Let's start with the obvious, and the reason you clicked on this story: Don Cherry is going to Sochi to provide hockey analysis for the best-on-best NHL-starring tournament. He will be with Ron MacLean, as usual. CBC would probably do better to just film a reality show to film Grapes' exploits around Sochi and Russia in general. It would probably be the highest-rated series in the history of the network.

The rest of the hockey bunch should be familiar. CBC's lead broadcast team of Jim Hughson, Craig Simpson and Glenn Healy will be in Sochi and likely call the Gold Medal Game. Mark Lee and Kelly Hrudey, often the commentators on CBC's 10 p.m. ET Saturday night game, will be there as well. Cassie Campbell will call men's and women's games, while Jennifer Botterill will call women's matches.

Peter Mansbridge, host of the CBC's chief national news program — The National — will host his show live from Sochi, and co-host the opening ceremonies with MacLean. More commentators will likely be announced from TSN and Sportsnet, who are providing additional Olympic coverage, shortly. But seriously, get on that Don Cherry reality show right now.