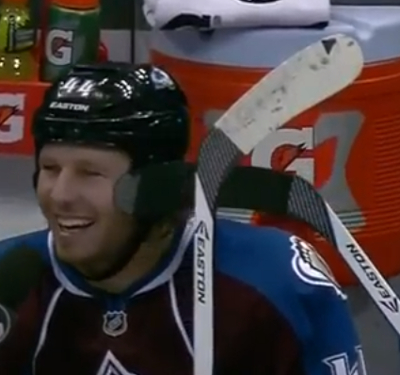 Colorado Avalanche defenseman Ryan Wilson was giving a fairly traditional interview as his team battled the Carolina Hurricanes, but things took an interesting turn when one of his teammates decided to play a little joke on him. Erik Johnson, another defenseman for the Avs, used his stick to interfere with the interview.

Prepare for a sentence loaded with innuendo. Johnson rubbed the end of his stick all over Wilson's stick before gently sliding it all over Wilson's face. Wilson cracked under the pressure, as most of us would in a similar situation.

Clever prank by Johnson. It shows off some of the personality under the tough exteriors and it results in a memorable interview.