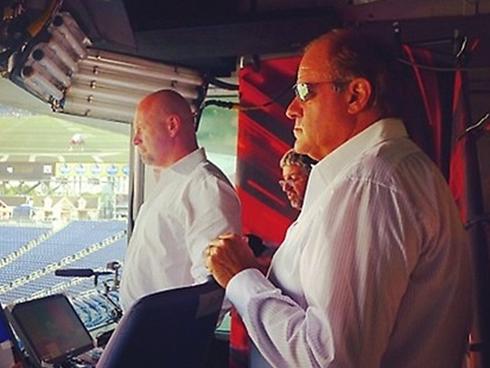 Some déjà vu is coming for San Diego Chargers fans in the second half of ESPN's annual Week 1 Monday Night Football doubleheader, because the Worldwide Leader is giving Chris Berman another shot at play-by-play.

For the second consecutive year, Boomer will team up with Trent Dilfer to call the Chargers' season-opening game, this time against the Houston Texans, according to ESPN's Bill Williamson. He and Dilfer will also call San Diego's preseason game Thursday in Chicago live on ESPN:

“As it turns out, at least in the early goings, I am the national voice of the San Diego Chargers. And that’s fine with me,” Berman said. “I’ve long had warm feelings for the team, the powder blues and the city. I’m anxious to see the new-look Chargers under head coach Mike McCoy, who will very much be flying under the radar this year, which is probably perfect in the eyes of Philip Rivers and the rest of the team. The AFC could be a little more open this year than it normally is, and the Chargers, of course, hope they are somehow in the mix and become one of those teams that no one looks at until Halloween."

Berman went 30-plus years at ESPN without getting a chance to do play-by-play, but the guy has quite a lot of pull these days. In March, Richard Deitsch of Sports Illustrated ranked him as the seventh most powerful person in sports media. So get used to it, Bolts fans. If Berman wants to call your team's games, he'll call your team's games.

It's easy to pile on because Berman has become such a caricature of himself, but he did a half-decent job in that Chargers-Raiders game last year. There are many more talented and more deserving play-by-play guys out there, but at least he kept the shtick to a minimum and the broadacst didn't devolve into a total three ring circus.

We'll see if he can keep that up this time around.