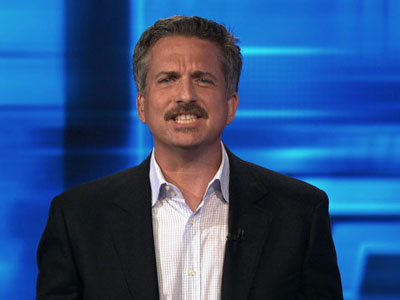 Last week when ESPN announced that Magic Johnson was leaving NBA Countdown, Deadspin came out with a story citing unnamed sources that Bill Simmons was responsible for whacking Magic off the show. It sounded quite interesting and gave the sports blogosphere some fodder that perhaps Simmons was a Godfather-type figure inside the ESPN corporate structure.

But as soon as the conspiracy theories began floating about Simmmons' power, the Boston Globe's Chad Finn quickly debunked any ideas that Magic was the victim of a power struggle at NBA Countdown. And Simmons himself poo-pooed the the Deadspin story telling Sports Illustrated's Richard Deitsch that someone inside ESPN gave the story to Deadspin to make him look bad, which sets up juicy circumstances of their own:

"Those unnamed "sources" are liars. Someone planted a fake story to try to make me look bad, and there's a 99.3 percent chance it came from someone in Bristol."

So there's an 0.7% chance it came from someone outside Bristol according to Simmons, which speaks to the power dynamic that exists between Simmons and his burgeoning empire and those at ESPN's Bristol offices that may not be as big of a fan of the former Sports Guy. The question now becomes who would want to knock Simmons down a peg or two inside ESPN and make him look bad.

Simmons adds that as last season was ending, he was thinking of leaving the show and ESPN would not listen to him about any on-air talent changes anyway:

"I didn't think I was coming back. I wasn't happy during the last two playoff rounds; I didn't feel like they cared about the show enough and had some other issues that I won't rehash. And I felt like I had done a lousy job with my family and with Grantland in April-May-June. So I decided to wait a month or so before I told them officially, but in my head, I was gone. They probably thought I was leaving, too. They weren't going to listen to someone who wasn't coming back — and besides, Bristol doesn't listen to on-air talent about on-air talent decisions, anyway. That's a point of pride for them. Ask anyone."

Whether or not you want to believe Simmons, there's no doubt that he's valued among the network executives, otherwise he would not be staying at NBA Countdown. And he joked about who would be the real host of Countdown if he actually had any power.
"But if I had real power at ESPN, then our next NBA Countdown host would be Brian Austin Green."
We know that would be a true disaster if Brian Austin Green hosted the show. However, as much as he wants to downplay his role at ESPN, the authority on Bristol, James Andrew Miller, the co-author of Those Guys Have All the Fun, has stated that the higher-ups are fond of Simmons and value his input.
Perhaps Simmons did not whack Magic off the show, but the conspiracy theories are always fun to kick around.
[Sports Illlustrated]