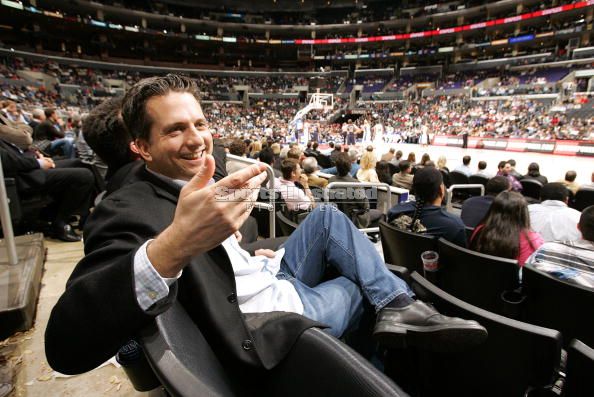 Thursday afternoon, Richard Sherman of the Seahawks blasted Skip Bayless on ESPN's traveshamockery that is First Take.  The clip traveled around the blogosphere as everyone gave an 'atta boy to Sherman for doing what they only wish they could do themselves – stick it to Skip Bayless.  Let's take a look, shall we?

While yes, that clip is glorious… it's also a bit depressing.  Sherman, as counter-intuitive as it seems, is playing right into Bayless' hands by stooping to his level.  This kind of confrontation is what this blood sucking leach of a television program lives for.  First Take and Bayless live and die by the mantra that any publicity is good publicity, and nothing brings publicity like a very public slap fight with a prominent athlete.  It's why Bayless "challenges" people to come debate him on First Take, but the show remains cowardly silent when truly put to the test.

I've heard the arguments before.  Giving Bayless and First Take attention, even warning readers in big red flashing lights "DO NOT WATCH THIS GARBAGE THAT IS THE DESTRUCTION OF ESPN'S SOUL," is exactly what the show wants.  I'm no trained professional, but I think the point of any media observer or writer is to give an opinion on what's good television and what's not so you (the reader) can be as informed as possible and ultimately make that decision for yourself.

If "attention" and "publicity" is what First Take is after, it should expose the warped reality and sadomasochistic nature of a show where an NFL star calling one of its co-hosts "ignorant, pompous, and egotistical" is exactly what it wants.

It's one thing for this site, or Richard Deitsch or John Koblin, or Neil Best or Richard Sandomir to address the issues of First Take and the damage it does to ESPN's brand.  It's quite another when it comes from the most influential voice at ESPN – Bill Simmons.  Simmons sent three tweets about First Take, starting in the "people should just change the channel" camp, but then moving towards an honest opinion that is surely held by many within with Bristol.

It's amazing to me that people get so worked up about First Take. Who cares? Just don't watch it. There are like 800 TV channels.

But what bothers me about the reaction to that segment is people saying Richard Sherman "won." Nobody won. Everyone lost. Including ESPN.

It's quite the statement for Simmons to publicly denounce First Take.  You never see any ESPNer openly criticize another ESPNer, especially in the wake of the dirty laundry aired in the ESPN book.  Protecting the four letters is Bristol's first priority.  If the abomination of Sherman vs Bayless causes Bill Simmons, ESPN's highest profile and most powerful public figure, to speak out and break Bristol's fourth wall… First Take has real problems both inside and outside Bristol.

When asked about First Take, the President of ESPN, a multi-billion dollar company several times over, can offer no real defense of the program.  John Skipper can only point to their ratings and say "we're not monolithic" as if that excuses the awful embarrassment and history of race-baiting, childish name calling, and lowest common denominatoring of the sports culture.  What does that say about ESPN?  Would John Skipper give the green light to air bikini jello wrestling or getting a piece of the Kardashians for ratings because ESPN isn't "monolithic?"  It's ok for just one ESPN show to talk about "cornball brothers" and "Bosh Spice" and the like because hey, ESPN's not monolithic?

Simmons' voice is important because, in spite of both positive and negative criticism that has been tossed away, he's been involved in some of ESPN's highest quality material.  30 for 30 is a testament to the best of what the network is capable of with resources and creativity that can't be matched.  Grantland has carved its own unique niche and houses talented writers like Brian Phillips and Wesley Morris.  His podcasts, columns, and tweets reach millions.

Nevertheless, it's not the criticism of First Take from Simmons that should concern the suits at ESPN the most.  It's the criticism of Simmons' followers.  It's tweets like this, this, this, and this that not only support his tweets about First Take, but go on to bemoan the downward direction of ESPN's overall quality of programming.  You don't just see it at First Take anymore, you see SportsCenter now asking meaningless, worthless "debate polls" like who is the greatest center of all-time from Willie Mays to Wayne Gretzky and Wilt Chamberlain.  That evolution, as I've always maintained, is the biggest problem with "Embrace Debate."  It's bled through to ESPN's other programming, and the negative perceptions of ESPN's brand are now bleeding into what should be ESPN's most loyal and core fanbase – followers of Bill Simmons.

Could Bill Simmons' public criticism be the wake up call that ESPN executives need to shut down First Take in its current form?  If he has the power ascribed to him, the answer may finally be yes.