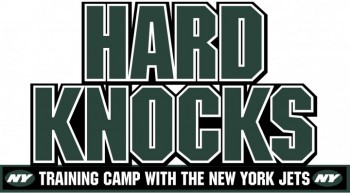 On Monday, Joe Flint of the Los Angeles Times had an interesting column in which he spoke at length with NFL Network President and Chief Executive Steve Bornstein. I'd recommend reading the whole thing for some interesting tidbits on the Thursday night package.

But from our standpoint, the most fascinating nugget was buried at the bottom of the article:

Among the ideas that Bornstein is considering for the NFL Network is an in-season version of “Hard Knocks,” the show the league makes for HBO that follows one team through training camp and the preseason.

“Anytime you lift the kimono on how it’s done, people have great interest,” he said.

That would certainly be good news, because Hard Knocks is a remarkably entertaining and well-produced program, but we aren't getting our hopes up. After all, the NFL has enough trouble finding volunteers for the training camp version of the reality series. Teams hardly even game plan during the preseason and the games themselves are meaningless, but who is going to want to let cameras in the room when it all starts to matter?

The league recently adopted a policy that gives it the ability to force certain teams to become Hard Knocks subjects if nobody else volunteers, but that likely only applies to the current format, which wraps up before Week 1.

We're also not necessarily convinced that the regular-season version would be significantly more entertaining than the training camp edition. Guys are fighting to save their careers and keep their dreams alive in August, and many are sent packing in emotional fashion. With that pretty much over with in September, and with a lot of the game-planning stuff staying in-house, there's a chance we'd be a little disappointed.