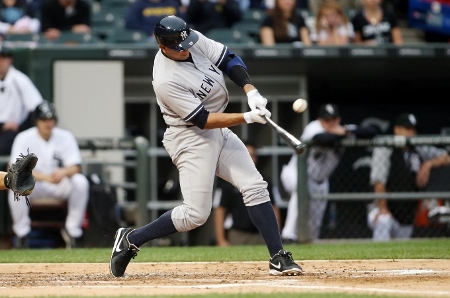 NY media has never wanted for coverage when it comes to Alex Rodriguez. They've beaten the A-Rod moniker to death with play-on phrases, even getting to the point of having to use the same one twice (All A-lone – lame) because it appears everyone is running out of ideas.

Since the MLB hammer fell yesterday and suspended his royal highness for 211 games, we decided to do a top-10 of newspaper covers over the years of his career, from denying steroid use to more personal issues to being the hero of the 2009 World Series. So, without further adieu…

10. (June, 2012): A pretty weak attempt at modifying Rod's nickname when he tied Lou Gehrig's grand slam record. So, while the effort was there, the execution was blah. 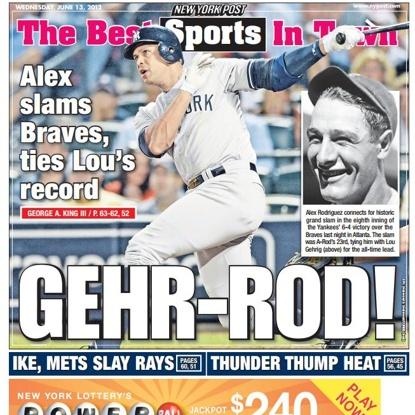 9. (February, 2009): Was the picture of the grill really necessary? We get it, we don't need the literal interpretation. 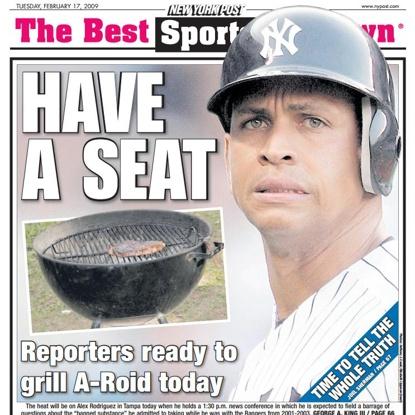 8. (February, 2009): Not a great month for Alex, when everything first came to light about his steroid use and gave birth to A-Rod and A-Fraud. 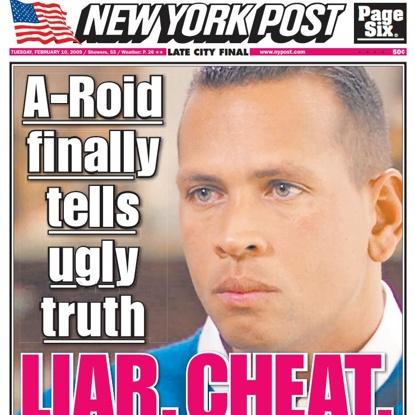 7. (February, 2009): The Post seems to do better with headlines that have fewer words. 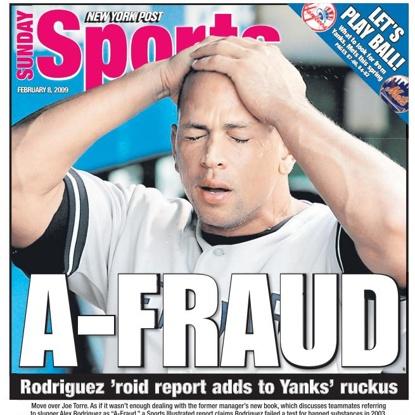 6. (November 2009): The papers do a 180 in November 2009. After eviscerating him in February, he gets back in everyone's good graces by performing well in the World Series. The steroid argument is never going away, but NY media is pandering – it's okay to cheat as long as you win, kids! 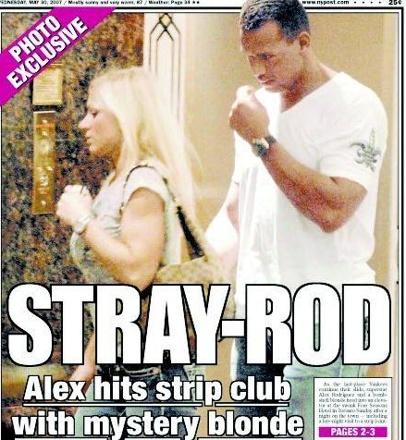 4. (August 2010) Once the World Series hangover subsides, it's back to the same old story… 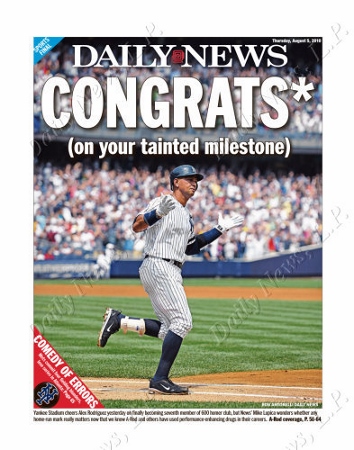 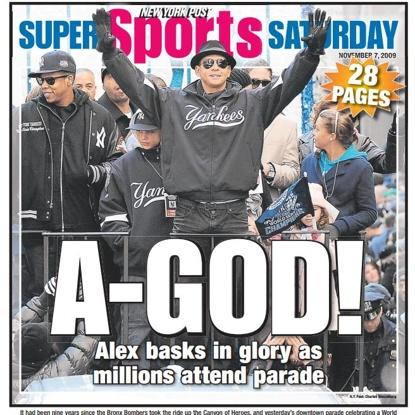 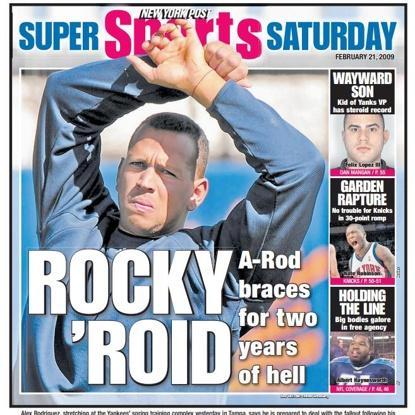 1. And finally, we have, from today, possibly the best headline to date, because it doesn't use a version of A-Rod we've seen a million times, but still gets the point across. Kudos Asbury Park Press!

It's unfortunate that this is the story that WILL NOT DIE, so I am sure there will be many more of these to come.